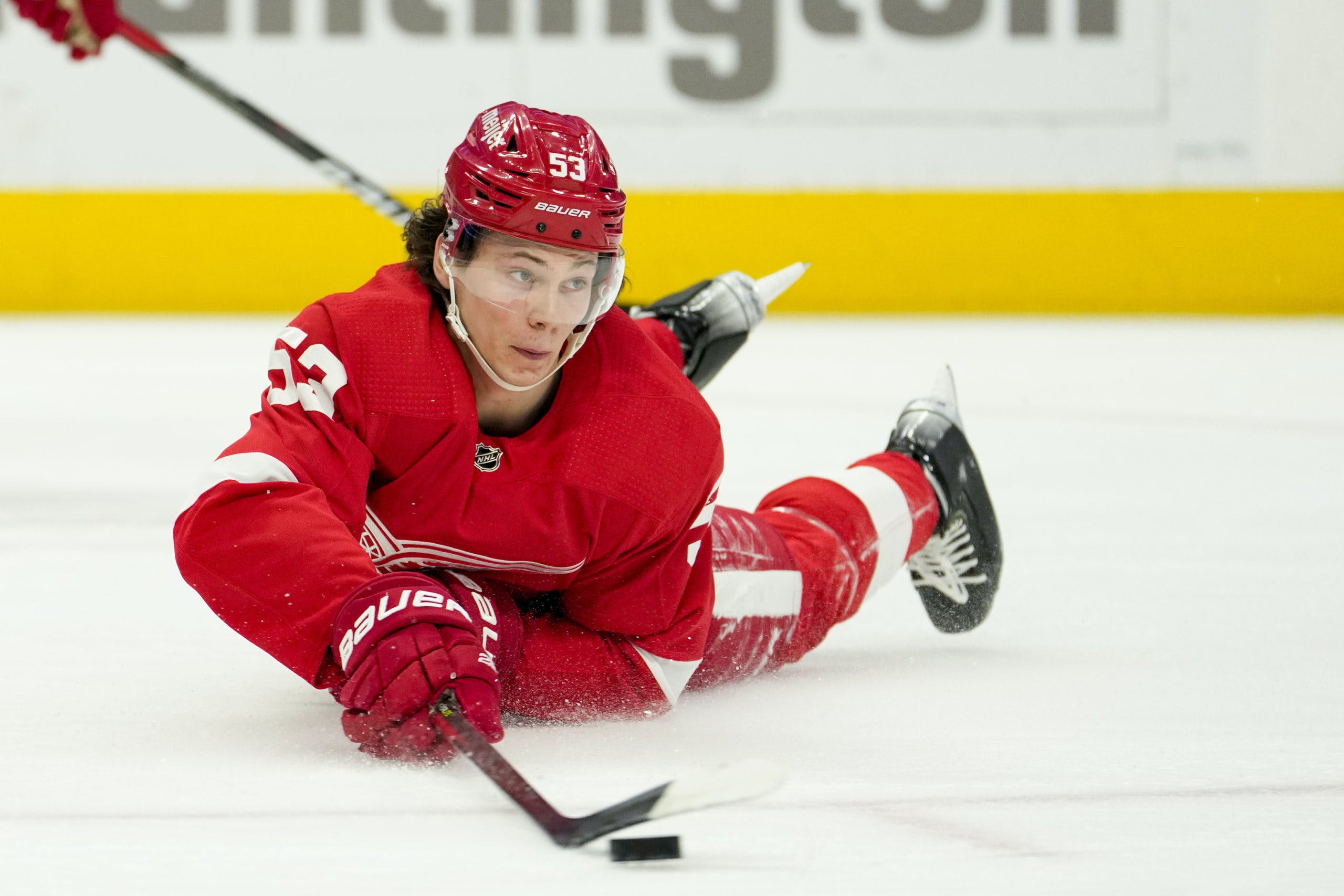 By Mike Gould
7 months ago
Detroit Red Wings defenseman @Moritz Seider will play for Team Germany at the 2022 IIHF World Championship next month.
The 21-year-old product of Zell, Germany held court with reporters prior to the Red Wings’ game against the Toronto Maple Leafs on Tuesday, saying that he’s excited to represent his country at the tournament.
Seider has previously played for Team Germany on numerous occasions, including the 2019 and 2021 World Championship tournaments and the 2020 World Juniors.
He was also initially named to Germany’s men’s ice hockey team at the 2022 Winter Olympics, although he ended up staying in Detroit after the NHL cancelled its participation in the tournament.
The 2022 World Championship will be held in the Finnish cities of Tampere and Helsinki from May 13 to 29.
At this time, it’s unclear whether any of Seider’s Red Wings teammates will represent their respective nations at the Worlds. @Lucas Raymond (Sweden), @Tyler Bertuzzi (Canada), @Filip Hronek (Czechia), @Jakub Vrana (Czechia), and @Pius Suter (Switzerland) could be some of Detroit’s top candidates to play at the tournament.
Seider has six goals and 49 points in 81 games with the Red Wings this season, his first in the National Hockey League. The 6’4″, 197-lb. right-handed defender is a safe bet to win the Calder Trophy at the upcoming NHL Awards.
The Red Wings will close out their 2021–22 regular-season schedule when they visit the New Jersey Devils on Friday at 7:00 p.m. ET.

THIS ARTICLE SPONSORED BY THE DAILY FACEOFF BRACKET CHALLENGE