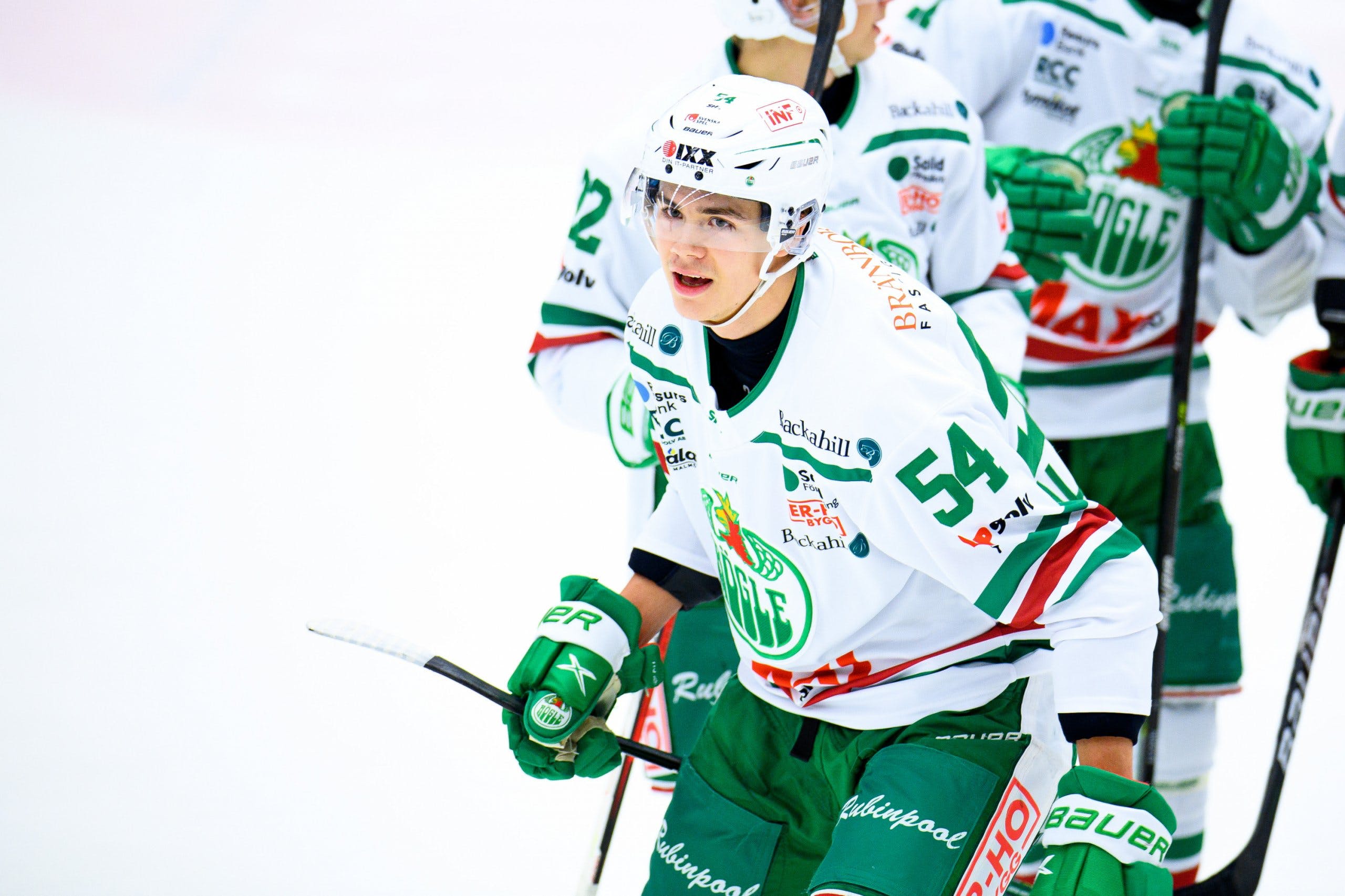 By Mike Gould
7 months ago
Rögle BK defenseman and Detroit Red Wings prospect William Wallinder has been named the top U20 player in the Swedish Hockey League for the 2021–22 season.
Wallinder, 19, is a 6’4″, 190-lb. left-handed defender. He scored four goals and 19 points in 47 games with Rögle this season, his first in the SHL; he also added a goal in 11 playoff games.
Wallinder tied fellow Red Wings prospect Simon Edvinsson (two goals, 19 points in 44 games) for the most points among U20 players in the SHL this season. The Red Wings originally selected Wallinder with the first pick of the second round (32nd overall) in the 2020 NHL Draft.
Current Red Wings defenseman and 2022 Calder Trophy frontrunner @Moritz Seider won the top U20 player award while with Rögle in the 2020–21 season. Wallinder became the second consecutive Red Wings prospect to earn the distinction.
According to EliteProspects.com, Wallinder’s contract in the SHL runs through the 2022–23 season. Nevertheless, the Sollefteå, Sweden product is eligible to sign an entry-level deal with the Red Wings at any time and could even remain in Sweden on assignment after agreeing to terms with the NHL club.