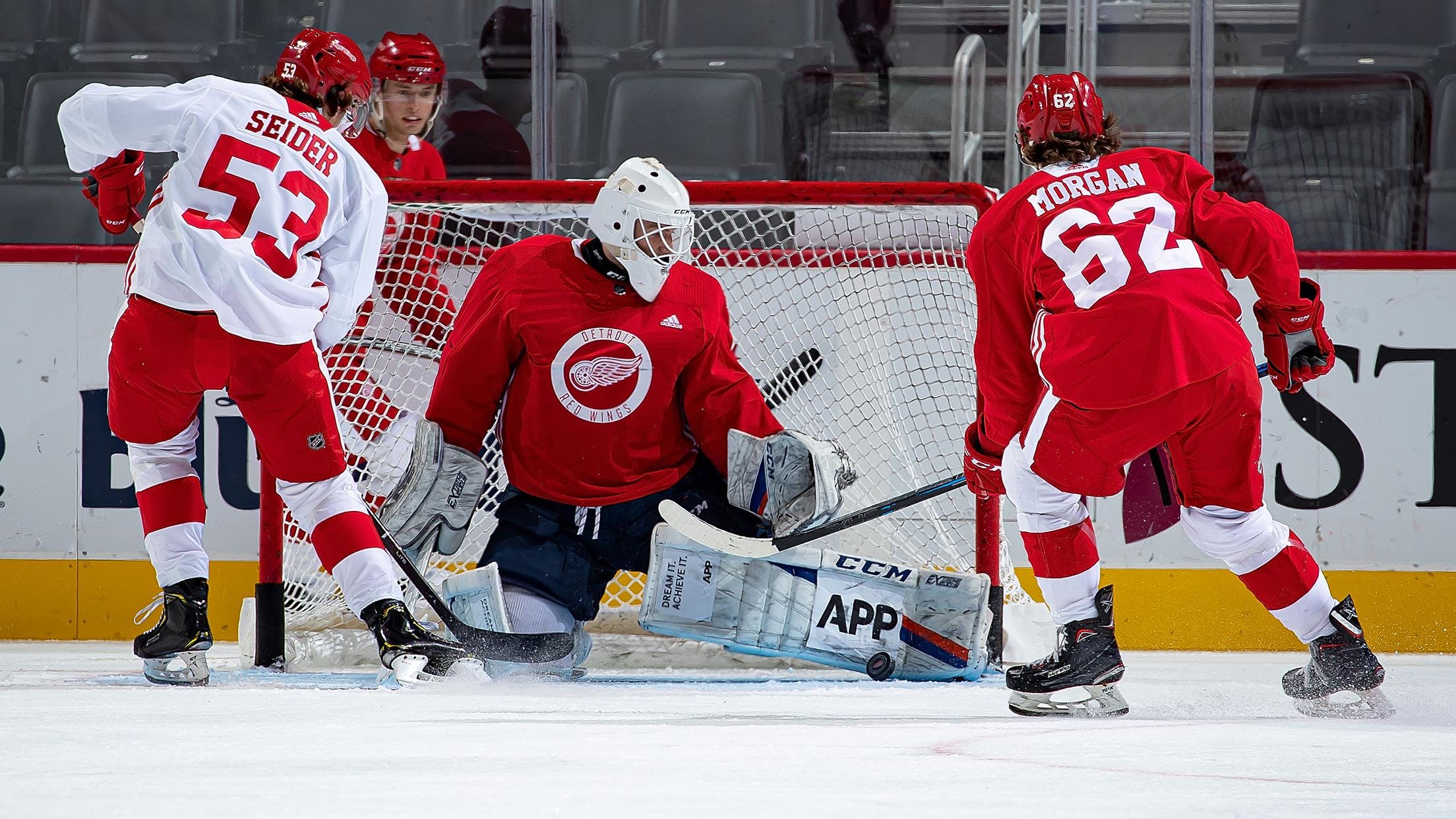 By Thomas Hall
6 months ago
Barring a last-minute change, the Detroit Red Wings are slated to have three former draft selections become unrestricted free agents – including goaltender Jesper Eliasson, defenceman Alex Cotton and center Otto Kivenmaki.
For all 32 franchises, the deadline to sign eligible draft prospects falls on Jun. 1, 2022. If any player remains unsigned, each club – in this case, the Red Wings – will lose their signing rights to that skater.
Here’s the entire list of eligible prospects:
Eliasson, 22, was selected by Detroit in the third round of the 2018 NHL Draft. He split the 2021-22 season between Almtuna IS and Väsby IK, where he dropped from the second-highest league in Sweden to the third.
With Almtuna IS, the 6’3″ netminder logged 10 games and a miserable 0-9-0 record, performing to a 4.43 goals-against average and a .842 save percentage. In 14 appearances with Väsby IK, he posted a 6-8-0 record, a 3.11 goals-against average and a .900 save percentage.
Cotton, 21, was drafted by the Red Wings in the fifth round of the 2020 NHL Draft. During the following season, he appeared in 24 games with the Lethbridge Hurricanes of the Western Hockey League, registering seven goals and 26 points.
This season, the 6’2″ defenceman returned to Lethbridge for the first eight games of the campaign before being traded to the Vancouver Giants. In the 46 contests that followed, he scored 11 goals and 32 points. He also added six goals and 16 points during the playoffs.
Kivenmaki, 22, was chosen by Detroit in the seventh round of the 2018 NHL Draft. Since then, he’s played four seasons in Finland’s Liiga, three with Ässät and one with the Pelicans.
In 59 games, the 5’9″ forward finished with five goals and 20 points during the 2021-22 campaign. He registered just a single assist across three playoff contests.

Looking to up your fantasy hockey game? DailyFaceoff has the tools you need for both daily and season-long fantasy leagues, including a lineup optimizer, daily projections, and a whole lot more. Sign up for the DailyFaceoff tools here.
Wings News
Recent articles from Thomas Hall