WATCH: Vrana strikes twice in the first period against Minnesota 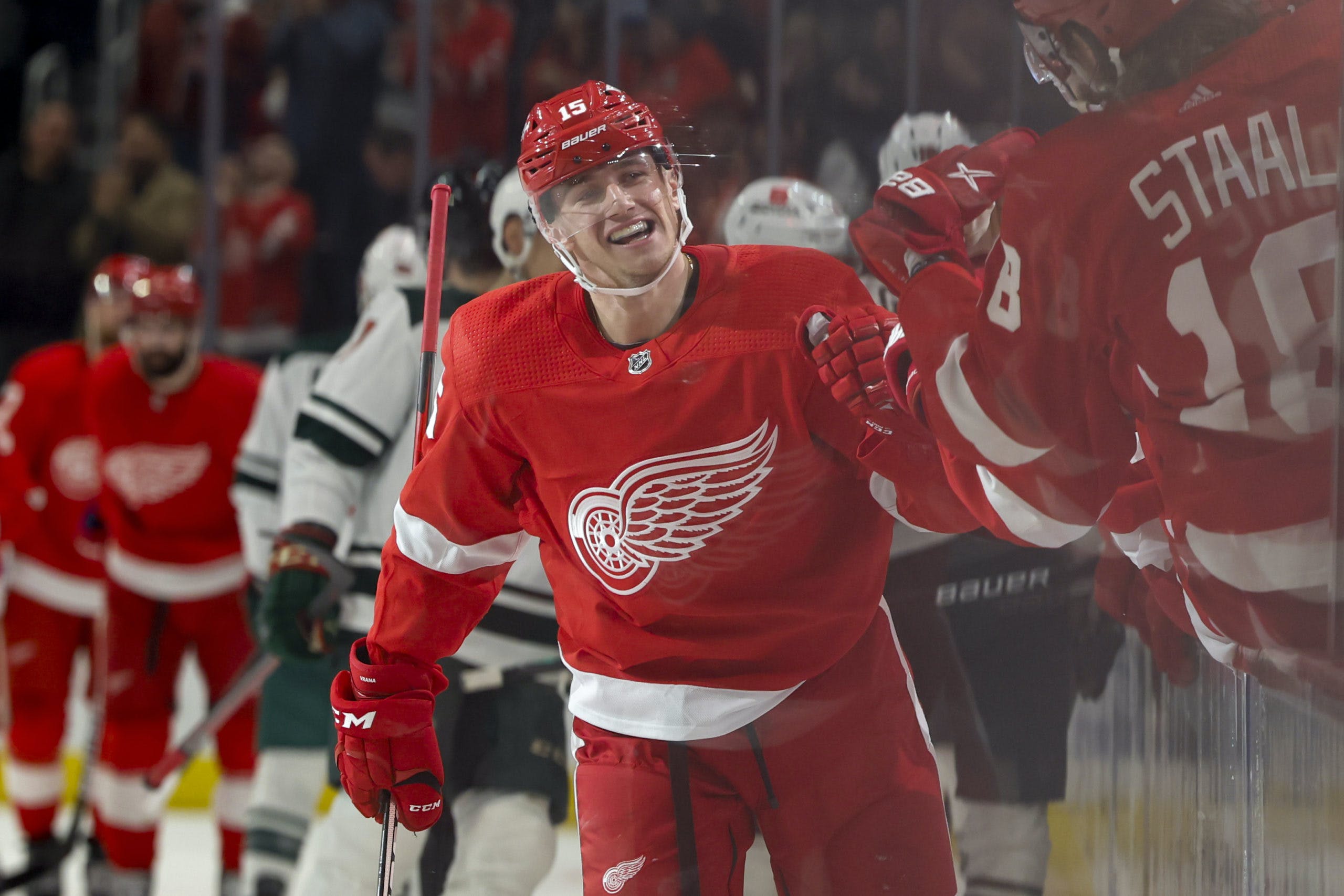 By Mike Gould
8 months ago
Detroit Red Wings forward @Jakub Vrana doesn’t appear to have missed a step while sitting out his team’s first 56 games of the 2021–22 season.
If anything, it appears Vrana might have gotten even better while recovering from offseason shoulder surgery. The 26-year-old winger scored on Arizona Coyotes goaltender @Karel Vejmelka in his return to lineup on Tuesday and followed it up with two goals in the first period against the Minnesota Wild on Thursday.
Vrana’s first goal of Thursday’s game came as the result of an excellent individual effort in the offensive zone. He beat Wild goaltender @Cam Talbot with a snipe from the high slot to tie the game at one.
@Joe Veleno and @Sam Gagner picked up the assists on Vrana’s second of the season. With his 10th goal in just his 13th game as a Red Wing, Vrana surpassed Steve Yzerman and Bill Lochhead (who both needed 15 games) as the player who required the fewest games to reach the 10-goal plateau with the club.
Somehow, Vrana’s second goal of the period was even more impressive.
With the Red Wings on the power play in the dying minutes of the frame, Vrana managed to receive a @Filip Hronek pass at the side of the net and dove to one-time it past Talbot.
@Alex Nedeljkovic — yes, the goaltender — registered the second assist on Vrana’s third goal of the season.
With his two goals on Thursday, Vrana now has 11 goals and 14 points in 13 games since the Red Wings acquired him from the Washington Capitals at the 2021 trade deadline.
@Lucas Raymond has Detroit’s other two goals against Minnesota; @Matthew Boldy, @Joel Eriksson Ek, and @Mats Zuccarello have tallied for the visitors. The Red Wings currently lead the Wild by a 4–3 score late in the second period.