WATCH: Vrana scores in his return to the Red Wings 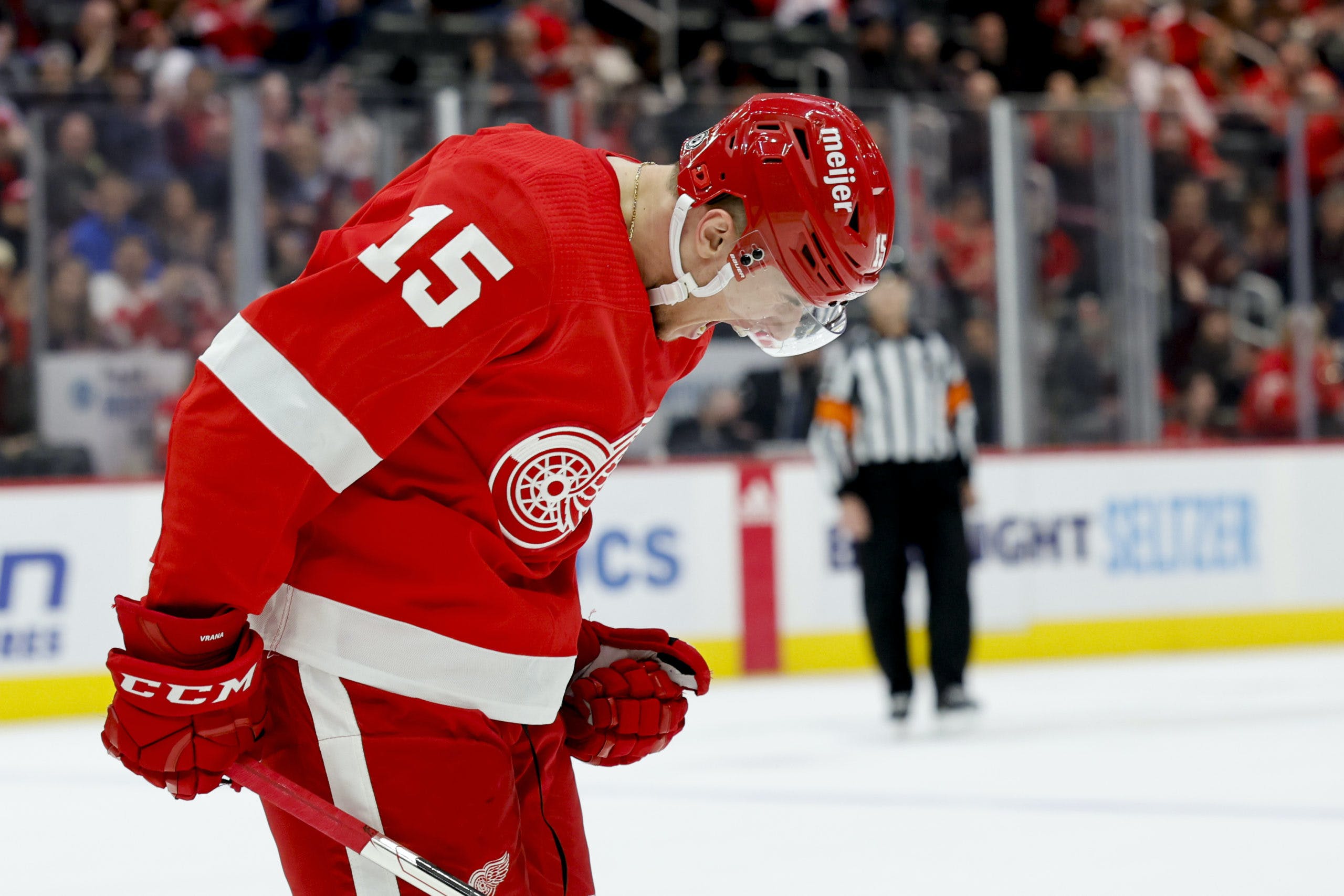 By Mike Gould
8 months ago
The first 40 minutes of Tuesday’s game against the Arizona Coyotes didn’t offer many positives for the Detroit Red Wings and their fans.
The Red Wings currently trail the Coyotes by a 7–2 score after 40 minutes of play … but hey, at least one of Detroit’s two goals came off the stick of @Jakub Vrana.
Making his return to the Red Wings’ lineup after missing the first 56 games of the 2021–22 season while recovering from shoulder surgery, Vrana scored to bring his team within four goals of the Coyotes late in the middle frame.
Vrana chipped a loose puck in the slot past Coyotes goaltender @Scott Wedgewood to make it a 6–2 game with exactly three minutes remaining in the second period. @Filip Zadina and @Michael Rasmussen picked up the helpers on the goal.
@Robby Fabbri has Detroit’s other goal in Tuesday’s game. @Nick Schmaltz, @Jakob Chychrun, and @Nick Ritchie each have two goals for Arizona, with @Travis Boyd scoring the other.
Combined with his totals from the 11 games he played with Detroit after being acquired from the Washington Capitals last season, Vrana now has 12 points (nine goals, three assists) in as many games with the Red Wings.