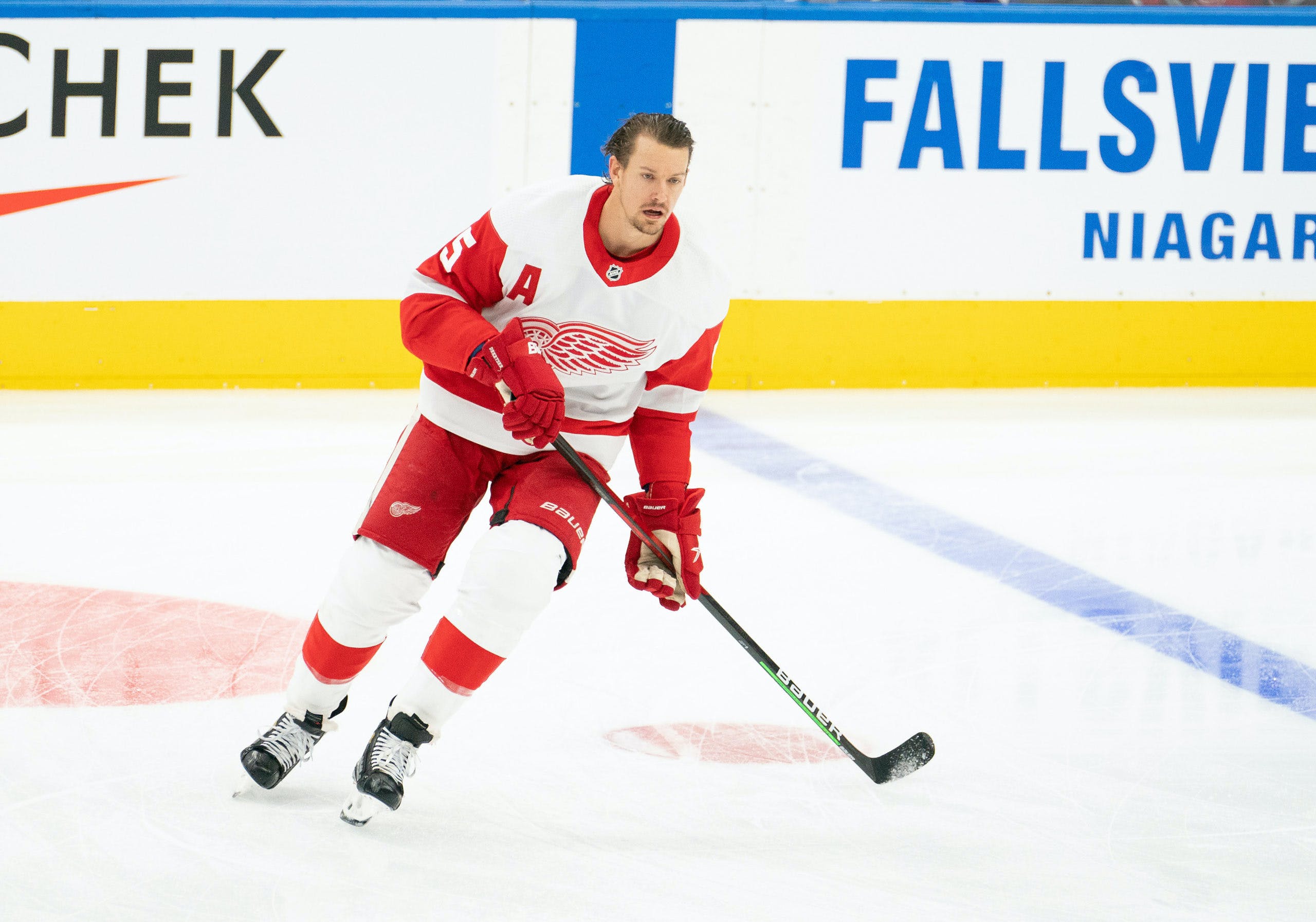 By Mike Gould
9 months ago
The Detroit Red Wings have placed defenseman and alternate captain Danny DeKeyser on waivers, according to a report by Sportsnet’s Elliotte Friedman.
DeKeyser, 32, has six points (all assists) while averaging 18:33 per night in 43 games with the Red Wings in 2021–22. He’s playing in the final season of the six-year, $5 million-AAV contract he signed with the team back in 2016.
Including DeKeyser, the Red Wings currently have nine defensemen on their active roster. That figure also counts new addition @Olli Juolevi, who joined the Wings off waivers from the Florida Panthers on Sunday.
DeKeyser made his NHL debut with the Red Wings back in 2012–13 and became a regular in the lineup the following season. During the 2014–15 season, DeKeyser scored a career-high 31 points in 80 games. In his 531-game career with the Red Wings, DeKeyser has 33 goals and 141 points while averaging 20:51 per night.
If DeKeyser clears waivers, he could be assigned to the Grand Rapids Griffins of the American Hockey League. The Red Wings could also elect to keep him on their NHL roster.