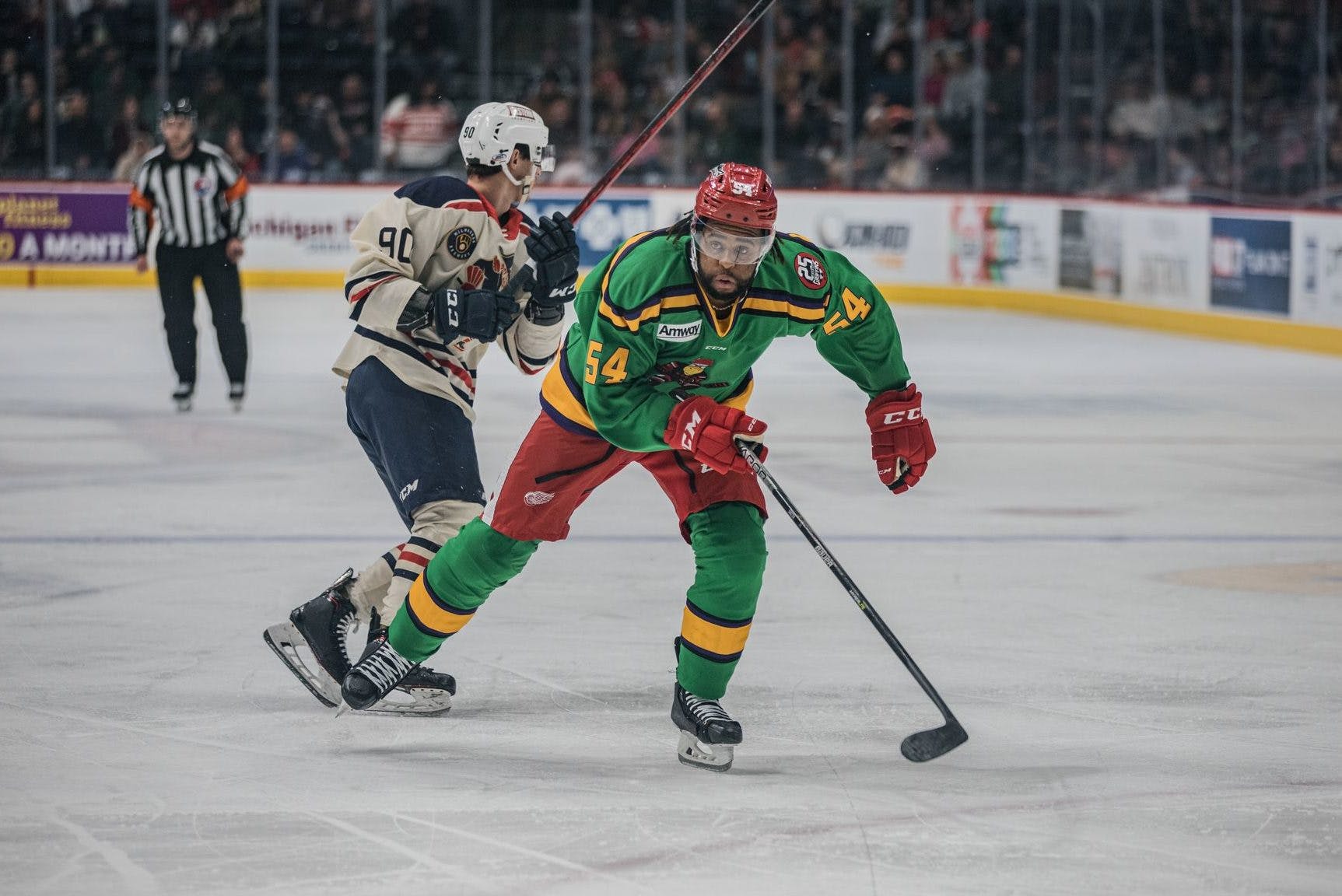 By Mike Gould
10 months ago
On Saturday, the Detroit Red Wings assigned forward @Gemel Smith to the American Hockey League’s Grand Rapids Griffins on a conditioning loan.
Smith, 27, became a Red Wing on Jan. 19 after being claimed off waivers from the Tampa Bay Lightning. @Givani Smith’s older brother had not yet played a single game at any level in the 2021–22 season while dealing with an abdominal injury.
After participating in the Red Wings’ morning skate on Friday, Smith joined the Griffins the following day (players do not need to pass through waivers to be sent to the AHL for conditioning reasons).
Wearing No. 54 on the back of his special “Mighty Ducks”-themed jersey, Smith drew into the lineup for the Grand Rapids Griffins’ lineup on Saturday for their game against the Milwaukee Admirals. He was held without a point and recorded zero shots on goal in his first competitive action since the Lightning played the Florida Panthers on May 10, 2021.
RELATED READING ON WINGSNATION: Breaking down what Gemel Smith could offer the Red Wings
@Justin Abdelkader also made his season debut for the Griffins on Saturday, wearing No. 81 on his sweater.
After signing a tryout deal with the AHL club on Friday, the 34-year-old veteran was introduced as part of Grand Rapids’ starting lineup against Milwaukee and finished the game with two shots and a minus-four rating.
The Griffins ultimately fell 5–2 against the Admirals. They’ll be back in action on Monday to play host to the Toronto Marlies at 7:00 p.m. ET; it remains to be seen whether Smith will still be in the AHL at that time. If and when Smith makes his Red Wings debut, he’ll become the first player in franchise history to wear No. 64.
The NHL affiliates associated with Grand Rapids and Milwaukee also took to the ice against each other on Jan. 22. With Gemel’s younger brother playing in his usual fourth-line role, the Red Wings fell 4–1 to the Nashville Predators. @Adam Erne scored the lone goal in the loss for Detroit, which fell to 18–18–6 on the season.
Abdelkader scored 106 goals and 252 points in 739 NHL games over parts of 13 seasons the Red Wings between 2007–08 and 2019–20.
Uncategorized
Recent articles from Mike Gould