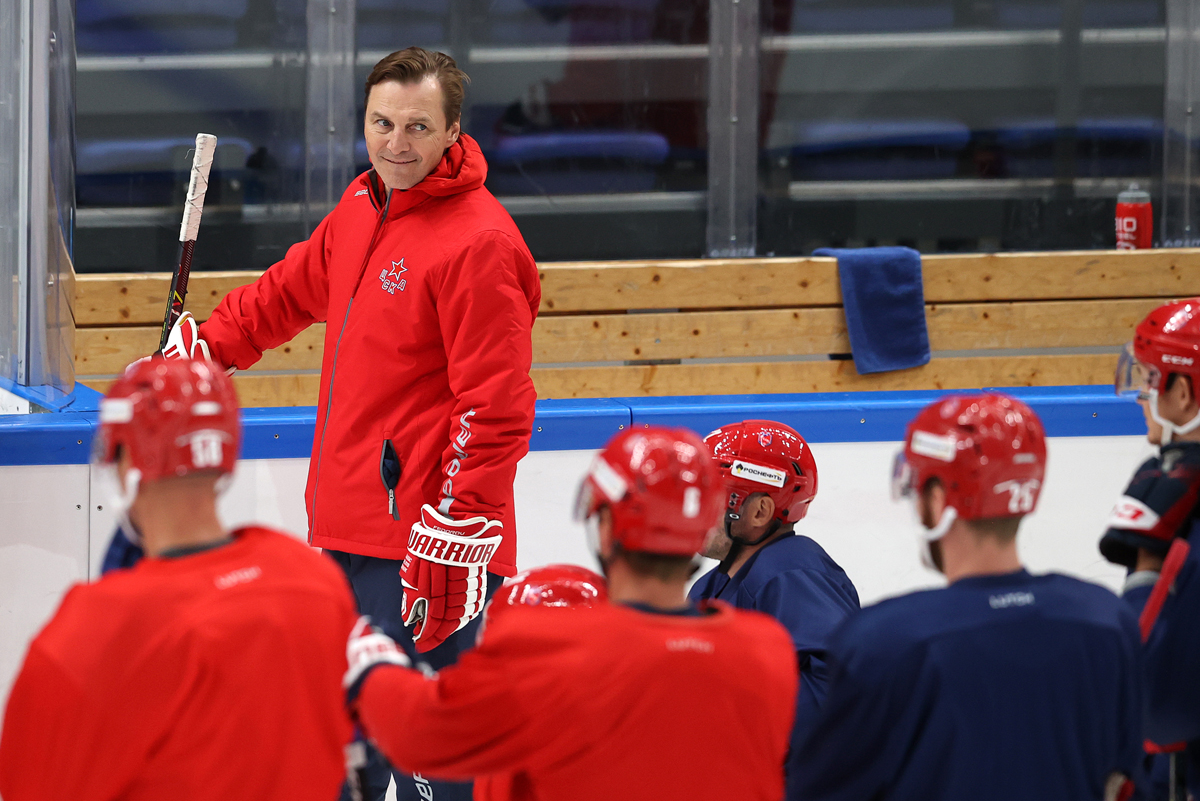 By Mike Gould
6 months ago
After winning the Gagarin Cup in only his first year behind the bench of a professional hockey team, Sergei Fedorov has been named the Kontinental Hockey League’s top coach for the 2021–22 season.
Fedorov, 52, joined KHL club CSKA Moscow as head coach in 2021–22 after previously serving as the team’s general manager from 2012 to 2017.
He also won a silver medal as an assistant coach for Team ROC (Russian Olympic Committee) in the men’s ice hockey tournament at the 2022 Winter Olympics.
CSKA Moscow won the 2022 Gagarin Cup as KHL champions after defeating Metallurg Magnitogorsk in seven games in the final round of the playoffs.
The series against Magnitogorsk capped off a strong year for CSKA, which went 29–13–5 in the regular season en route to its second KHL championship.
Then coached by Igor Nikitin, CSKA lost in six games against Avangard Omsk in the 2021 Gagarin Cup Final. Fedorov subsequently led the club to redemption in the 2022 championship series.
While his coaching career is still in its infancy, Fedorov has a long and well-documented history of excellence in the professional hockey world.
During his National Hockey League playing career, Fedorov scored 483 goals and 1,179 points in 1,248 career regular-season games with the Detroit Red Wings, Mighty Ducks of Anaheim, Columbus Blue Jackets, and Washington Capitals.
Fedorov won three Stanley Cups (1997, 1998, and 2002) as a member of the Red Wings. He also won the Hart Trophy (league MVP, as voted by the media), the Lester B. Pearson Trophy (league MVP, as voted by the players), and two Selke Trophies (top defensive forward) during his tenure in Detroit.
Coincidentally, the Red Wings are currently without a head coach after declining to renew Jeff Blashill’s contract with the team last month. It’s unclear whether the Red Wings would have any interest in potentially bringing Fedorov back to Detroit — he didn’t exactly leave on friendly terms — or if his contract with CSKA would even allow him to leave.