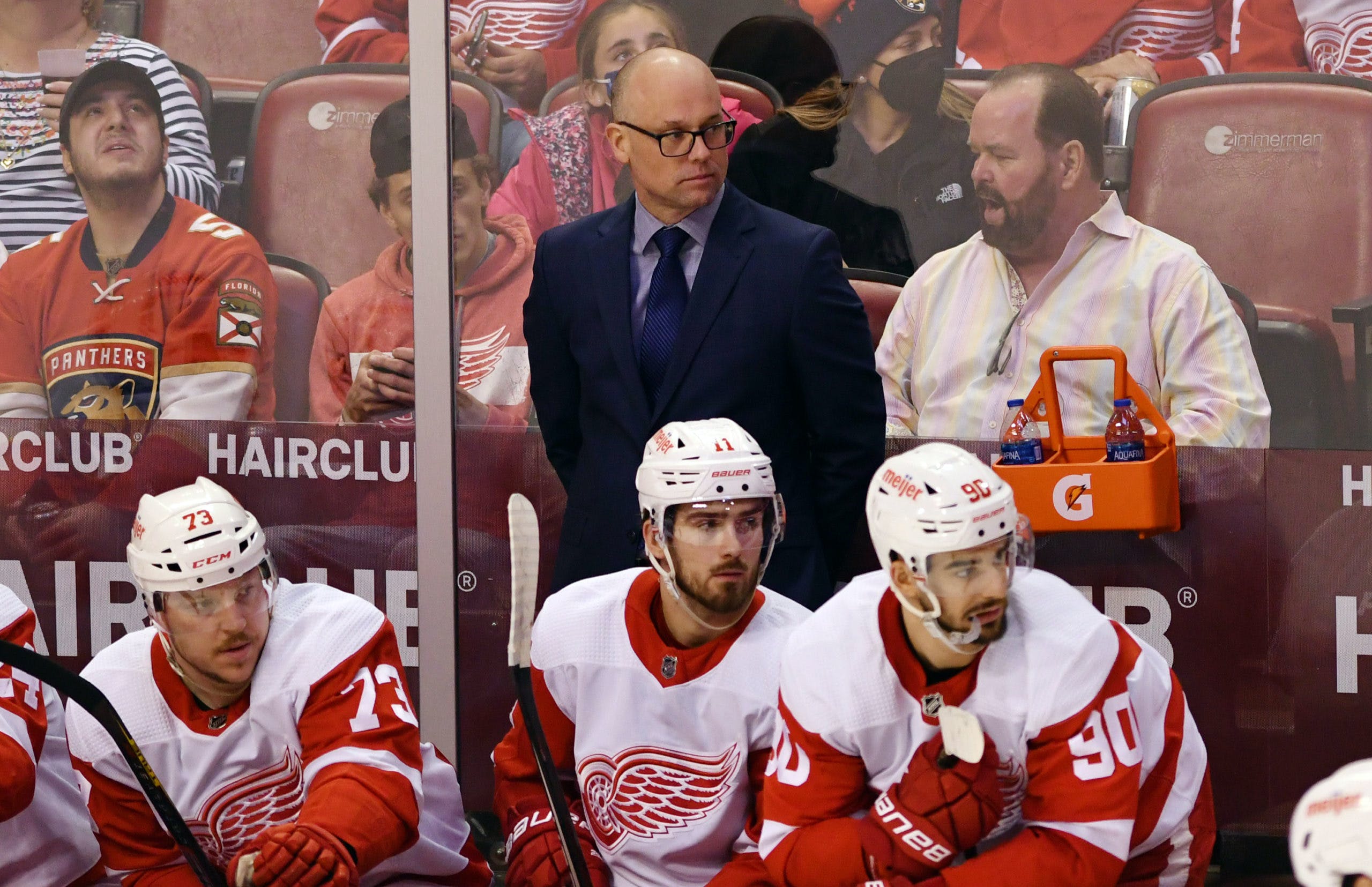 By Mike Gould
7 months ago
Jeff Blashill will not return as the head coach of the Detroit Red Wings next season.
Red Wings general manager Steve Yzerman announced on Saturday afternoon that the team will not renew the contracts of Blashill, assistant coach Doug Houda, and goaltending coach Jeff Salajko.
Blashill, 48, had been in his position with the Red Wings since 2015–16 and was the second-longest-tenured head coach in the National Hockey League, behind only Tampa Bay Lightning bench boss Jon Cooper.
Under Blashill’s guidance, the Red Wings compiled a 204–261–72 record in seven seasons. The Red Wings have missed the playoffs every year since 2015–16, when Blashill led them to a 41–30–11 regular season before losing to the Lightning in five games in the first round.
Houda and Salajko had served on Blashill’s staff since 2016–17. The Red Wings finished sixth in the Atlantic Division with a 32–40–10 record in the 2021–22 season, Blashill’s last as head coach.
The Red Wings did not issue any comment about the status of assistant coach Alex Tanguay, video coach LJ Scarpace, and assistant video Jeff Weintraub.