Is Dylan Larkin a top-10 center in the National Hockey League? 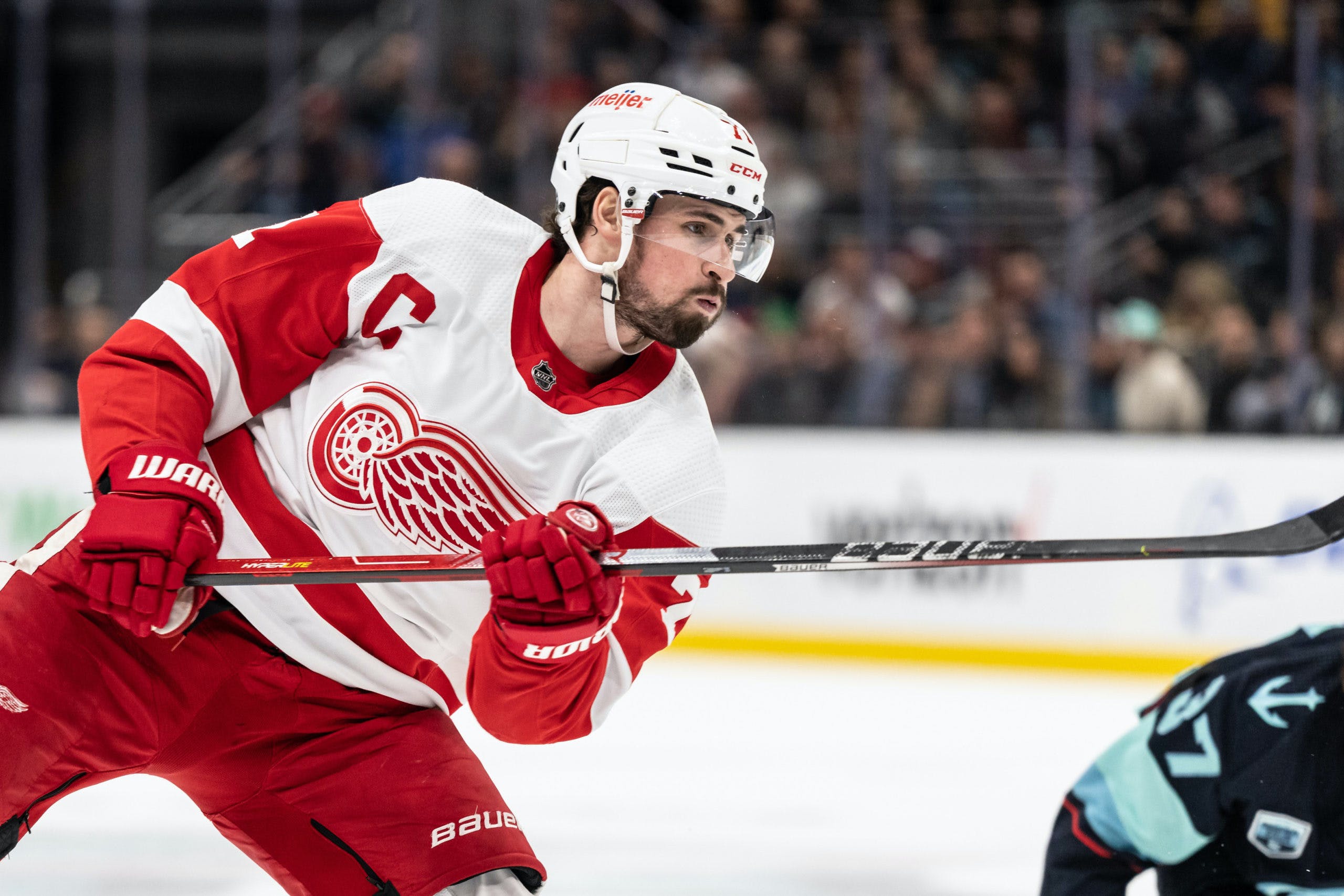 By Scott Ony
6 months ago
There are several questions surrounding the Red Wings heading into the 2022 off-season, but one thing that is guaranteed is Dylan Larkin’s status as the team’s No. 1 center.
Larkin’s play was one of few bright spots for the Red Wings in the 2021–22 season. He led the team in both goals (31) and points (69) despite missing 11 games due to injury and suspension.
After a down year in 2020-21, Larkin re-established himself this season as one of the National Hockey League’s top centermen. Even so, where does he rank amongst his peers at the center-ice position?
In terms of point production, Larkin ranked 22nd among the league’s centers in points and 17th in goals. His 0.97 points-per-game pace was 21st among NHL centers who logged at least 41 games.
When seeing these numbers, it looks as if Larkin is a mid- to low-end first-line center. However, there are other factors to consider.
The main point that sticks out is Larkin’s linemates. Yes, Larkin plays with two skilled wingers: @Tyler Bertuzzi and @Lucas Raymond. Still, compared to the NHL’s top teams, the Wings lack high-end talent up front.
This is most evident when looking at powerplay rankings. The Red Wings finished the season 26th in the league with a 16.3% conversion rate during five-on-four play. Larkin’s 13 powerplay points were 31 fewer than the league leader, Connor Mcdavid (44).
At even strength, Larkin scored 55 points, good for a tie for 13th among the league’s centers (one spot ahead of Sidney Crosby). J.T. Miller was the only other player in the top 15 not on a playoff team. That’s an impressive feat.
There are other metrics that support the case for Larkin being more than a low-end first-line center as well. According to Evolving-Hockey, Larkin’s 18.4 total expected goals above replacement (xGAR) in 2021–22 ranked tenth among centermen.
While this figure does not automatically translate to Larkin being a top-10 center in the NHL, it does show that he’s more than capable of driving play at a high level. Here’s the full list of centers with better xGAR ratings than Larkin’s 18.4 in 2021–22:
That’s some pretty good company.
The Red Wings’ lack of center depth puts much more weight on Larkin’s shoulders when it comes to driving offense. Teams like Edmonton or Toronto have two elite centers and lethal power-play units that allow for a much more even distribution of offensive responsibilities. In many ways, Larkin has to fend for himself.
Having two high-end scoring lines is a must in today’s NHL. If the Wings can find someone to play the second-line center position, we could see Larkin exceed his newly-set career highs.
For now, it’s fair to say Larkin ranks somewhere between 10th and 15th among NHL centers — albeit with the potential to climb the rankings. It feels like he’s been around forever, but Larkin is just 25 years old and only now about to enter the prime years of his career.
As this Red Wings team continues to improve, expect Larkin to do the same.

Looking to up your fantasy hockey game? DailyFaceoff has the tools you need for both daily and season-long fantasy leagues, including a lineup optimizer, daily projections, and a whole lot more. Sign up for the DailyFaceoff tools here.
Rumors
Uncategorized
Wings News
Recent articles from Scott Ony