Moritz Seider named a finalist for the Calder Memorial Trophy 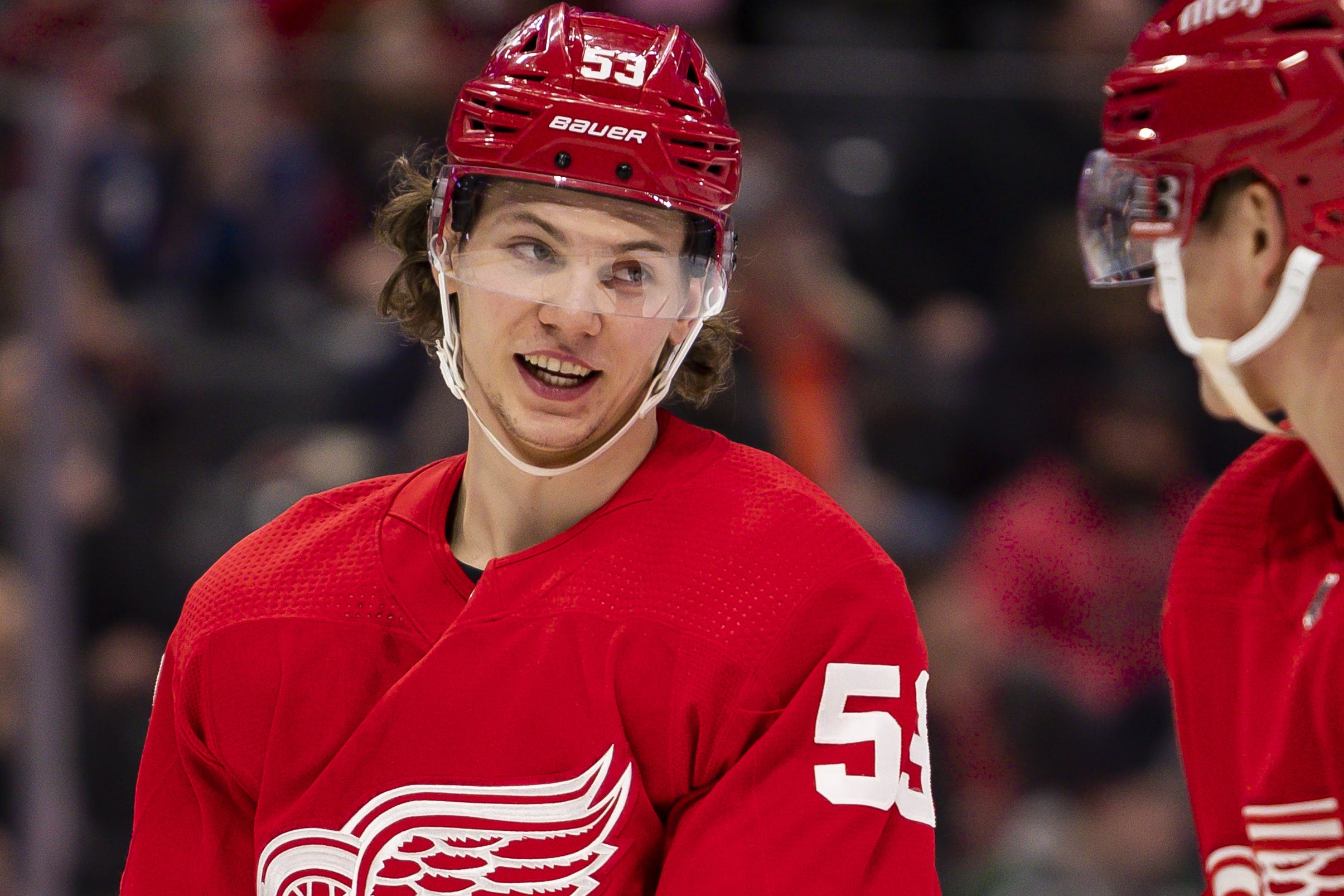 By Mike Gould
6 months ago
Detroit Red Wings defenseman @Moritz Seider has been named one of three finalists for the Calder Memorial Trophy, awarded annually “to the player selected as the most proficient in his first year of competition.”
In addition to Seider, the National Hockey League announced Toronto Maple Leafs forward @Michael Bunting and Anaheim Ducks forward @Trevor Zegras as nominees for the trophy.
Seider, 21, led all rookie defenders with 50 points (seven goals, 43 assists) while appearing in all 82 of the Red Wings’ games this season. He became only the fourth NHL rookie defenseman to score 50 points in the last 30 years, joining Quinn Hughes, Cale Makar, and Vladimir Malakhov.
Bunting, 26, led all rookies with 63 points (23 goals, 40 assists) in 79 games and scored the third-most points in a rookie season in Maple Leafs history (behind only Auston Matthews and Peter Ihnacak).
Zegras, 21, finished second in rookie scoring with 61 points (23 goals, 38 points) in 75 games. We’ve already shared our position on Zegras’ Calder candidacy compared to Seider’s, but Zegras’ talent is undeniable and some of the goals he’s orchestrated this season have been nothing short of remarkable.
Seider is aiming to become the sixth player in Red Wings history to win the Calder (and the first since goaltender Roger Crozier captured it in 1965). He’s Detroit’s first Calder finalist since 2010, when 26-year-old Jimmy Howard was recognized after going 37–15–10 with a .924 save percentage in the 2009–10 regular season.
The winners of the 2022 NHL Awards will be revealed later on during the Stanley Cup Playoffs, although the league has yet to announce the format of a potential ceremony or an exact date.