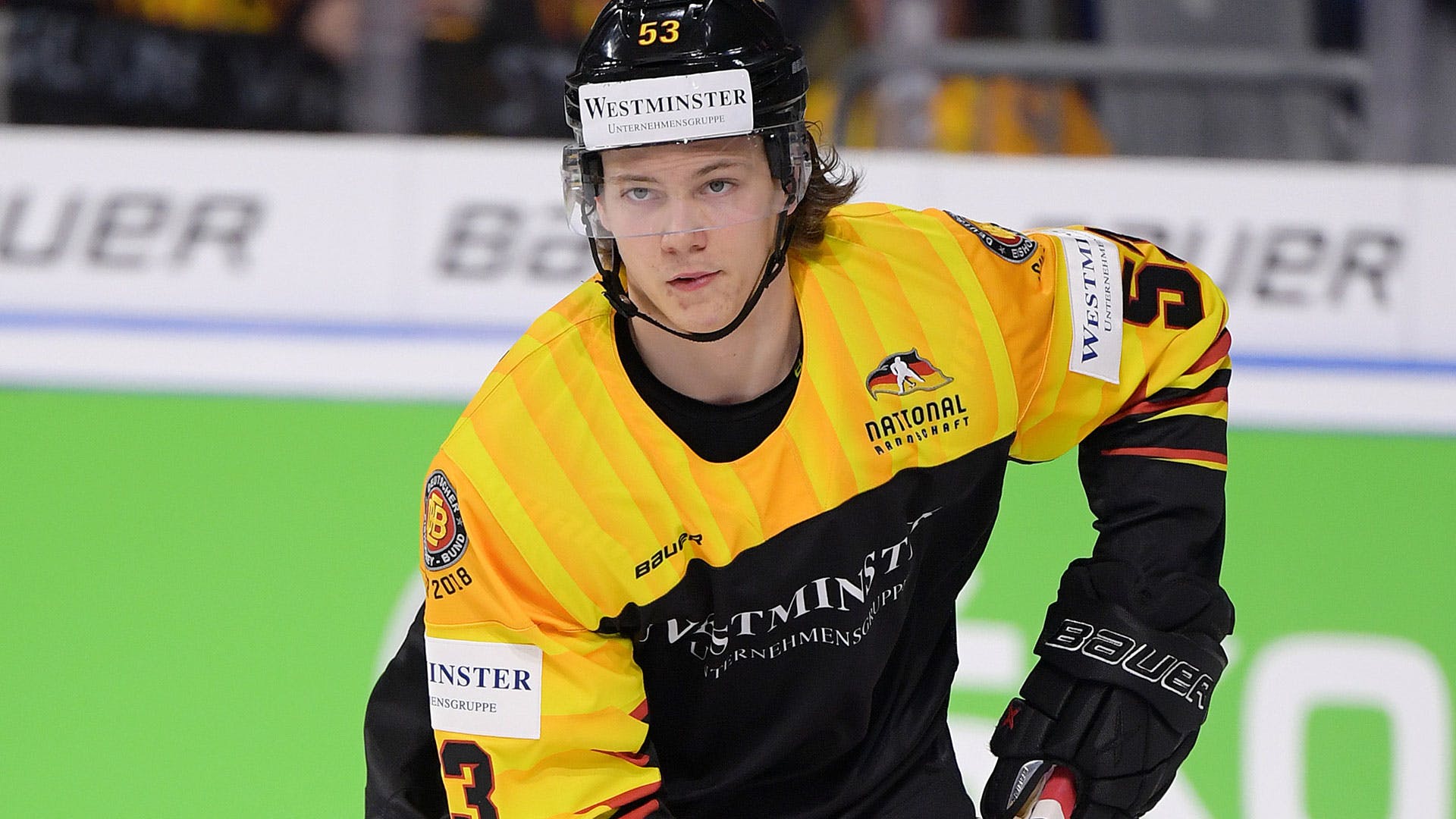 By Mike Gould
6 months ago
Detroit Red Wings defenseman @Moritz Seider has already been a force to be reckoned with for Team Germany at the 2022 IIHF World Championship.
The 21-year-old defender logged a team-leading 24:13 of ice-time and scored three points for the Germans in their 5–3 loss to Team Canada on the opening day of tournament.
Seider also fired a team-high five shots on goal against Canada on Friday. He was not on the ice for any of the five goals allowed by German goaltender Philipp Grubauer.
The following day, Seider again played huge minutes (22:35) for Team Germany and was a plus-two in a 2–1 win over Team Slovakia.
While Seider has averaged more than 23 minutes per game to start the 2022 Worlds, nobody else on Team Germany has surpassed 21 minutes in either game thus far at the tournament.
Seider played a huge role in Germany scoring its first goal of the 2022 Worlds, leading the rush from below his own goal line before taking a hard shot in the attacking zone.
Marc Michaelis deposited the rebound to bring Germany within one goal of Team Canada early in the second period.
Seider subsequently picked up the secondary assist on Germany’s second goal of the Canada game before scoring a goal of his own late in the third period.
Germany’s No. 53 tallied on a 5-on-3 to make it 5–3 for Canada at the 12:35 mark of the final frame at the Helsinki Ice Hall.
Seider is participating in the IIHF World Championship for the third time in his career, having previously represented Germany in 2021 and 2019.
In 17 career World Championship games, Seider has three goals and 10 points. Germany currently ranks fourth in Pool A with one win and one loss through two games.
Team Germany will return to action on Monday to take on Team France at Helsinki Ice Hall (1:20 p.m. ET, 8:30 p.m. in Finland).