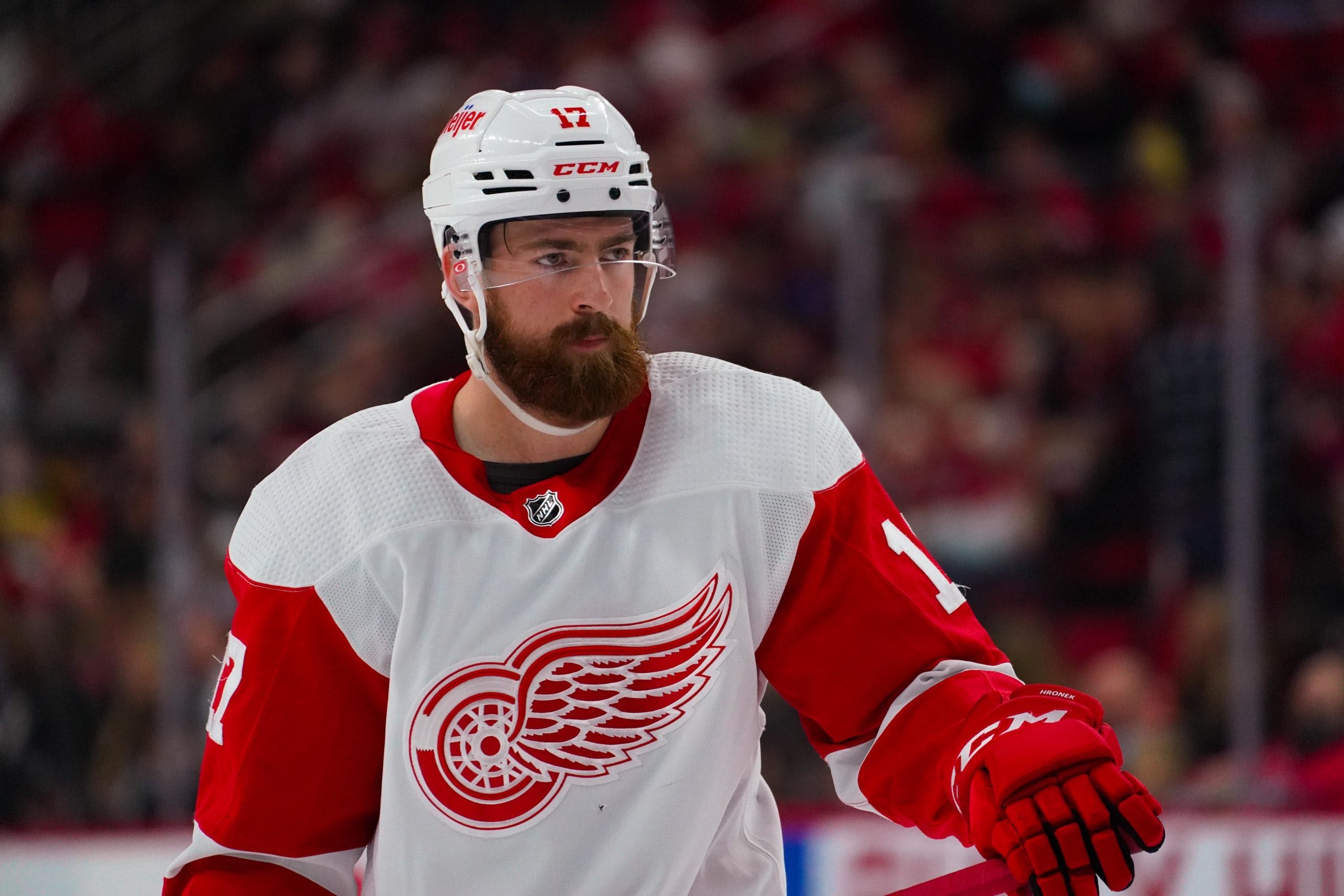 By Thomas Hall
9 months ago
Fresh off a 6-3 victory over the Philadelphia Flyers, the Detroit Red Wings have been dealt some unfortunate news as defenseman @Filip Hronek has been placed in the National Hockey League’s COVID-19 protocol, the club announced Thursday.
With Detroit’s next game scheduled for Saturday, at home against Philadelphia this time, Hronek, 24, will be unavailable for that contest. In the meantime, the right-handed blueliner will immediately enter isolation.
As per the NHL’s updated COVID-related testing policy, only individuals experiencing symptoms will be tested through the second half of the season. For Hronek, this means he’ll be sidelined for a minimum of five days before becoming eligible to return to the team.
Through 46 games this season, the former second-round selection has averaged 22:24 minutes of ice-time per game, posting four goals and 24 points. In addition, he’s also registered 84 shots on goal, 52 blocks, 40 hits and nine takeaways.
Hronek signed a three-year, $13.2-million contract extension last September, extending him through 2023-24.
The Red Wings will conclude their home-and-home series with the Flyers on Saturday, beginning at 12:00 pm ET.