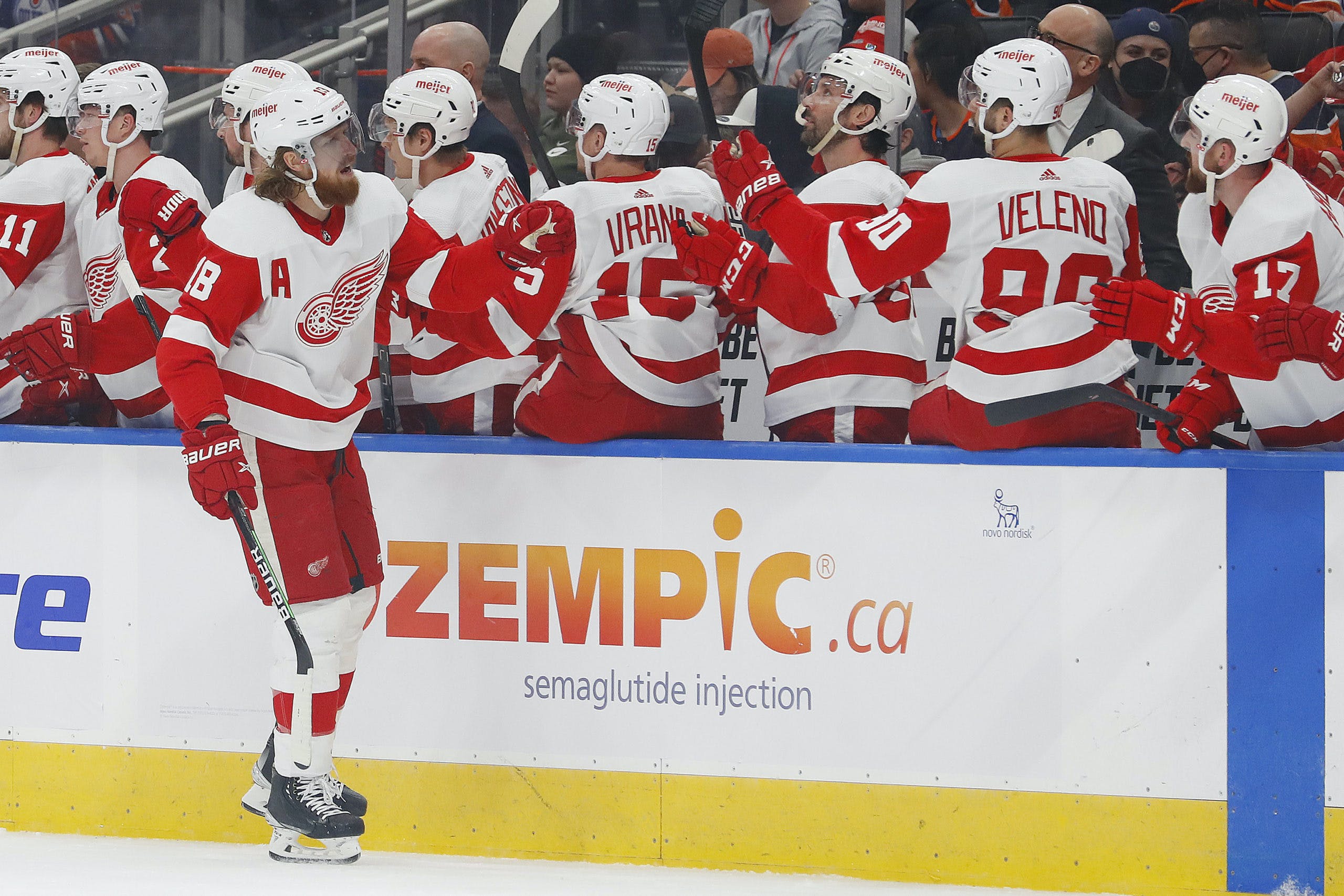 By Mike Gould
8 months ago
Detroit Red Wings defenseman @Marc Staal inched two goals closer to 50 in his career in Tuesday’s 7–5 loss to the Edmonton Oilers.
Playing in his 1,001st regular-season game in the National Hockey League, Staal scored twice (once in the first period and again in the third) for his first-ever two-goal outing.
Staal’s first goal of Tuesday’s game cut Edmonton’s lead to 3–1 midway through the opening frame. After receiving a quick feed from @Moritz Seider, Staal unleashed a bullet from the point that found its way through a @Michael Rasmussen screen and past Oilers goaltender @Mikko Koskinen.
Seider and @Taro Hirose picked up the helpers on Staal’s second goal of the 2021–22 season, which came at the 8:46 mark of the period.
Staal’s second goal of the game tied the score at 4–4 just 2:52 into the third period. (@Sam Gagner and @Filip Zadina had previously gotten the Red Wings back into the game after the Oilers took a 4–1 lead late in the first).
This time, it was Gagner who teed Staal up for a one-timer from the top of left circle. With @Pius Suter creating havoc in the blue paint, Koskinen didn’t stand a chance as the puck whizzed past his glove.
@Adam Erne recorded the secondary assist on the 49th goal of Staal’s career.
Less than two minutes after Staal scored second goal, @Evander Kane responded with his first of two on the night to restore Edmonton’s one-goal lead.
Despite another game-tying tally from @Lucas Raymond later in the period, the Red Wings ultimately fell by a 7–5 score. Detroit outshot the Oilers 35–32 in the game.
Staal, 35, now has three goals and 12 points in 53 games with the Red Wings this season, his second since joining the team from the New York Rangers. His current one-year contract carries a $2 million cap hit and a full no-movement clause.
The Red Wings have now lost six consecutive games. They’ll return to action on Thursday when they visit the Vancouver Canucks at Rogers Arena.