WATCH: Raymond ties the game in the third period against Edmonton 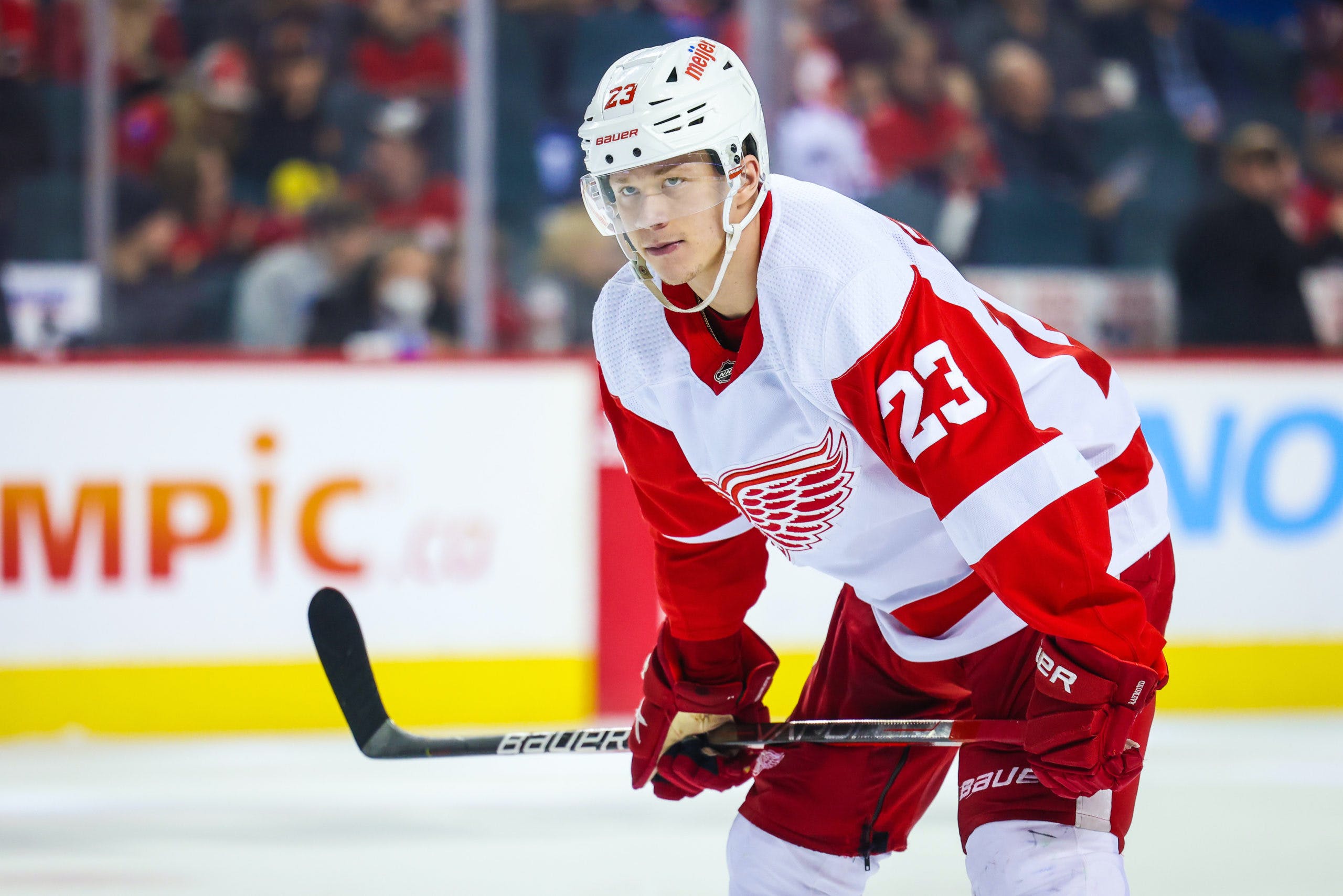 By Mike Gould
8 months ago
Detroit Red Wings rookie @Lucas Raymond came in clutch for his team in the third period of Tuesday’s game against the Edmonton Oilers, restarting the Red Wings’ wild comeback effort with his 19th goal of the season.
The Red Wings trailed 4–1 after the first period but scored late in the middle frame to cut their deficit to 4–2. @Filip Zadina and @Marc Staal then tallied in the opening minutes of the third to make it 4–4 before @Evander Kane restored the Oilers’ one-goal lead moments later.
In short: things got a little out of hand.
Just two minutes after Kane’s go-ahead marker, Raymond responded to make it a 5–5 game. After Oilers goaltender @Mikko Koskinen misplayed the puck behind his own goal, Red Wings captain @Dylan Larkin took possession and found Raymond all alone in front of the net.
Showing poise beyond his years, the 19-year-old winger deposited the puck into the yawning cage to even the score.
Larkin picked up the lone assist on Raymond’s 19th goal of the season, which came at the 6:32 mark of the third period. The 2020 fourth-overall pick is one goal away from becoming the second rookie to the 20-goal plateau in 2021–22 (joining Toronto Maple Leafs forward @Michael Bunting).
The Red Wings and Oilers remain deadlocked at 5–5 with seven minutes remaining in regulation time.