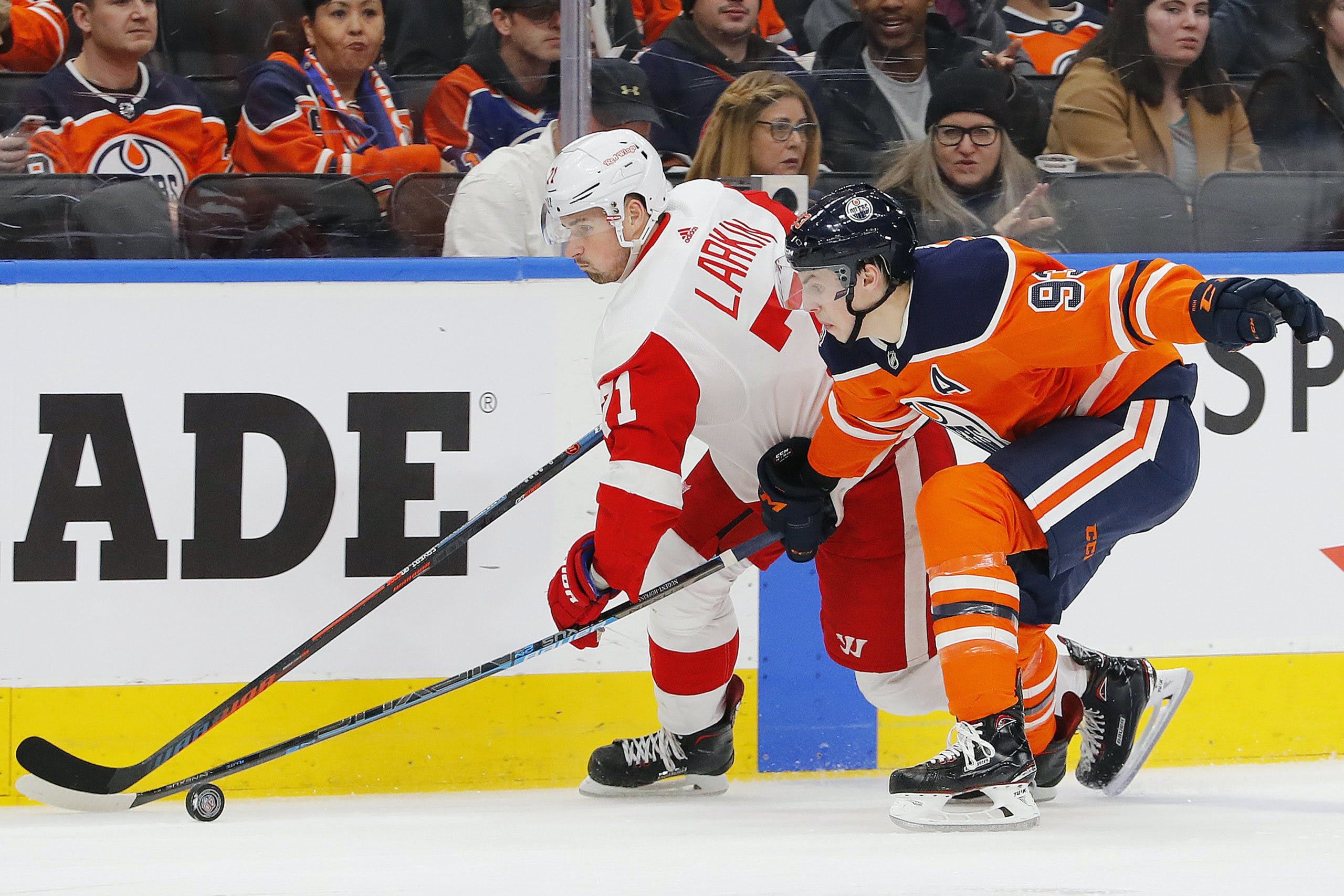 By Mike Gould
8 months ago
We’re officially less than a week away from the 2022 National Hockey League trade deadline, which is scheduled for 3:00 p.m. ET on Monday, Mar. 21.
For some members of the Detroit Red Wings, this might be their final week playing games while wearing the iconic winged wheel logo.
On Monday, WingsNation‘s Scott Ony took a look at possible trade destinations for Red Wings pending UFAs @Nick Leddy, @Vladislav Namestnikov, and @Troy Stecher.
For now, all three of those players remain on a Detroit squad that will try its best to take down the Edmonton Oilers at Rogers Place on Tuesday evening (9:00 p.m. ET, Bally Sports Detroit Extra).
The Red Wings have now lost five consecutive games and are much closer to the likes of the Buffalo Sabres and the Ottawa Senators in the draft lottery race than they were at the beginning of March. Detroit’s most recent loss came by a 3–0 score against the surging Calgary Flames on Mar. 12.
The Oilers have won back-to-back games since losing six of their previous eight. With 68 points in 59 games, the Oilers have the inside track on the Vegas Golden Knights and the Vancouver Canucks for the third playoff spot in the Pacific Division.
Detroit and Edmonton last met at Little Caesars Arena back on Nov. 9, 2021. @Vladislav Namestnikov scored twice for the home side and @Alex Nedeljkovic made 30 saves as the Red Wings came away with a 4–2 victory.

Detroit: The Red Wings may not have scored against the Flames on Saturday, but goaltender @Thomas Greiss stole the show with 40 saves in the 3–0 loss. If @Alex Nedeljkovic is between the pipes on Tuesday, can he shake off his recent inconsistency and put forth a performance to match Greiss’ latest? What if Greiss returns — can he match his last outing? No matter who the Red Wings start in goal on Tuesday, they’ll be playing under a microscope all night long.
Edmonton: After struggling to find a role under previous head coach Dave Tippett, Oilers forward @Derek Ryan has thrived under new bench boss Jay Woodcroft. In 15 games under Woodcroft, Ryan has five goals and 10 points. The 35-year-old Spokane product tallied his first NHL hat trick in a 4–3 win over the Florida Panthers on Feb. 26.

Tuesday’s game at Rogers Place will be broadcast on Bally Sports Detroit Extra starting at 9:00 p.m. ET. It’ll be sent over the airwaves on WXYT-FM 97.1 “The Ticket” in the Detroit area, as well as on the Red Wings’ official website.