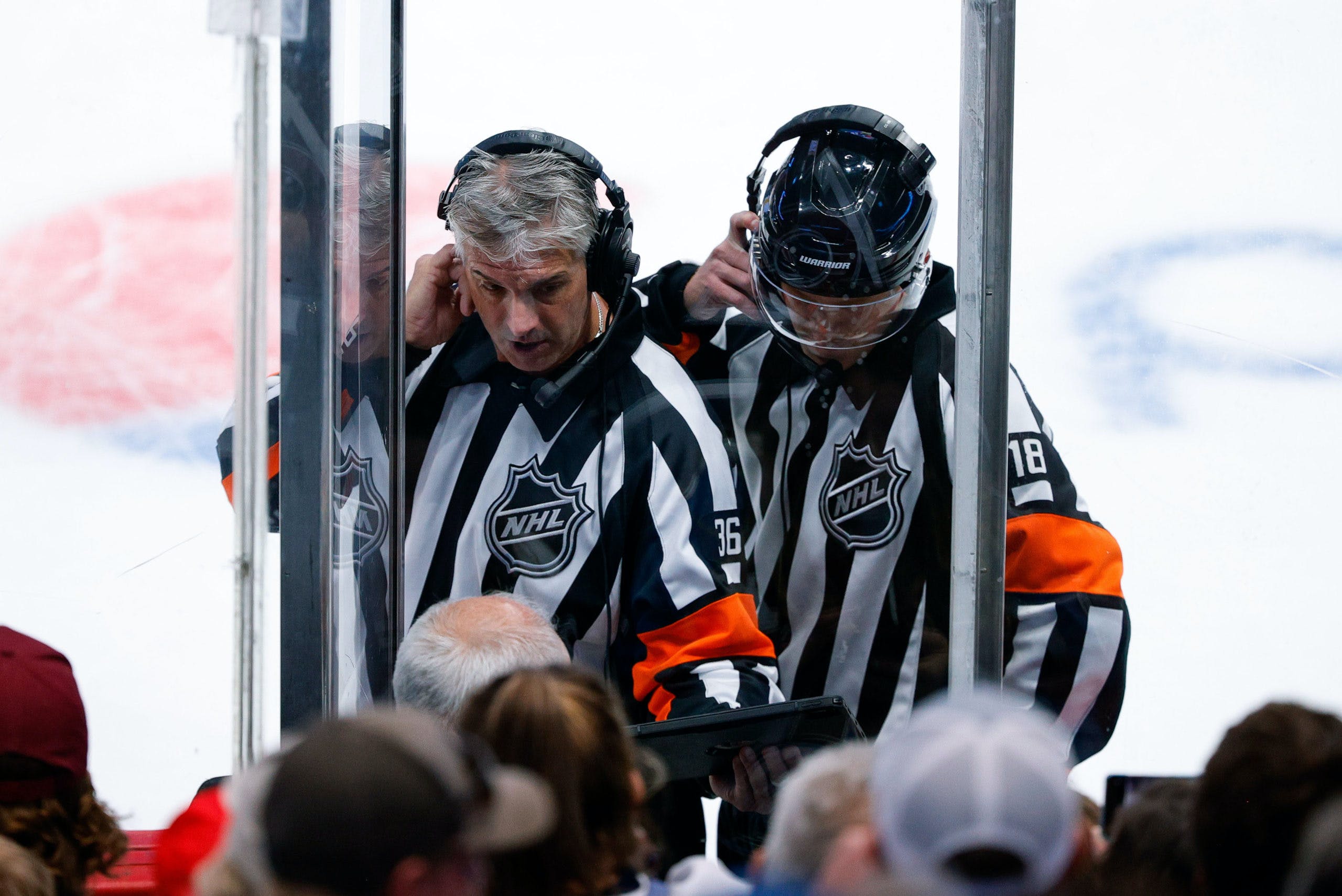 By Mike Gould
8 months ago
National Hockey League referee Dean Morton officiated his 1,005th and final game on Saturday night when the Detroit Red Wings took on the Calgary Flames.
Morton, 54, made his debut as an NHL referee in a game between the San Jose Sharks and New York Islanders at Nassau Coliseum back on Nov. 11, 2000. He became a full-time NHL official in 2008 (wearing No. 36) and called his first NHL playoff game in 2014.
A former professional defenseman, Morton was an eighth-round draft pick of the Red Wings in 1986 and ended up playing exactly one game for the team in 1989–90. He scored a goal for Detroit in his lone NHL game, which the Red Wings lost 10–7 … to the Calgary Flames at the Saddledome.
It was fitting, then, that Morton’s last NHL game as an official would be a Red Wings game in Calgary. After the final buzzer, the players from both teams lined up to shake his hand and wish him the best.
As was the case in Morton’s only NHL game as a player, the Flames defeated the Red Wings by three goals on Saturday night. @Elias Lindholm, @Tyler Toffoli, and @Blake Coleman scored for Calgary in a 3–0 win.