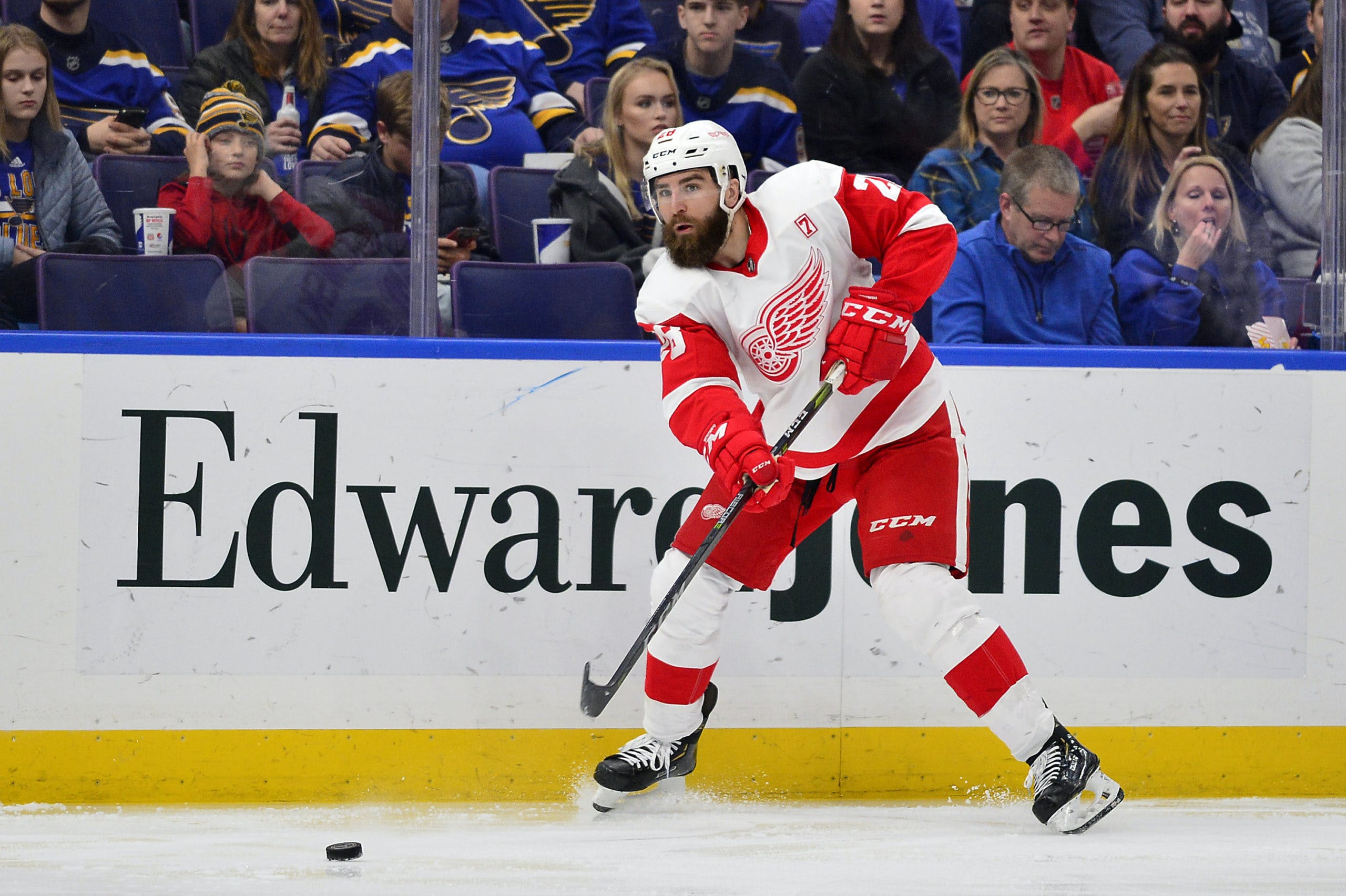 By Mike Gould
8 months ago
With @Robby Fabbri on the shelf and @Tyler Bertuzzi unavailable for the next three games, the Detroit Red Wings elected to add a little bit of insurance on Saturday by recalling defenseman @Luke Witkowski from the American Hockey League.
Witkowski, 31, has appeared in parts of six National Hockey League seasons during his career in the Red Wings and Tampa Bay Lightning organizations. He last played in the NHL back in 2019–20, suiting up for 12 games with the Bolts.
The former Western Michigan Bronco played parts of two seasons with the Red Wings in 2017–18 and 2018–19, scoring his first NHL goal while playing with Detroit on Feb. 17, 2018. In total, Witkowski has logged 65 games in a Detroit sweater.
Primarily a defensive presence on the back-end, Witkowski is also capable of playing shifts at wing. He has 13 points (two goals, 11 assists) in 131 NHL games with the Red Wings and Lightning.
Witkowski stands 6’2″, weighs 210 pounds, and shoots right. He has three goals and seven points (along with 62 penalty minutes) in 43 AHL games with the Grand Rapids Griffins this season.