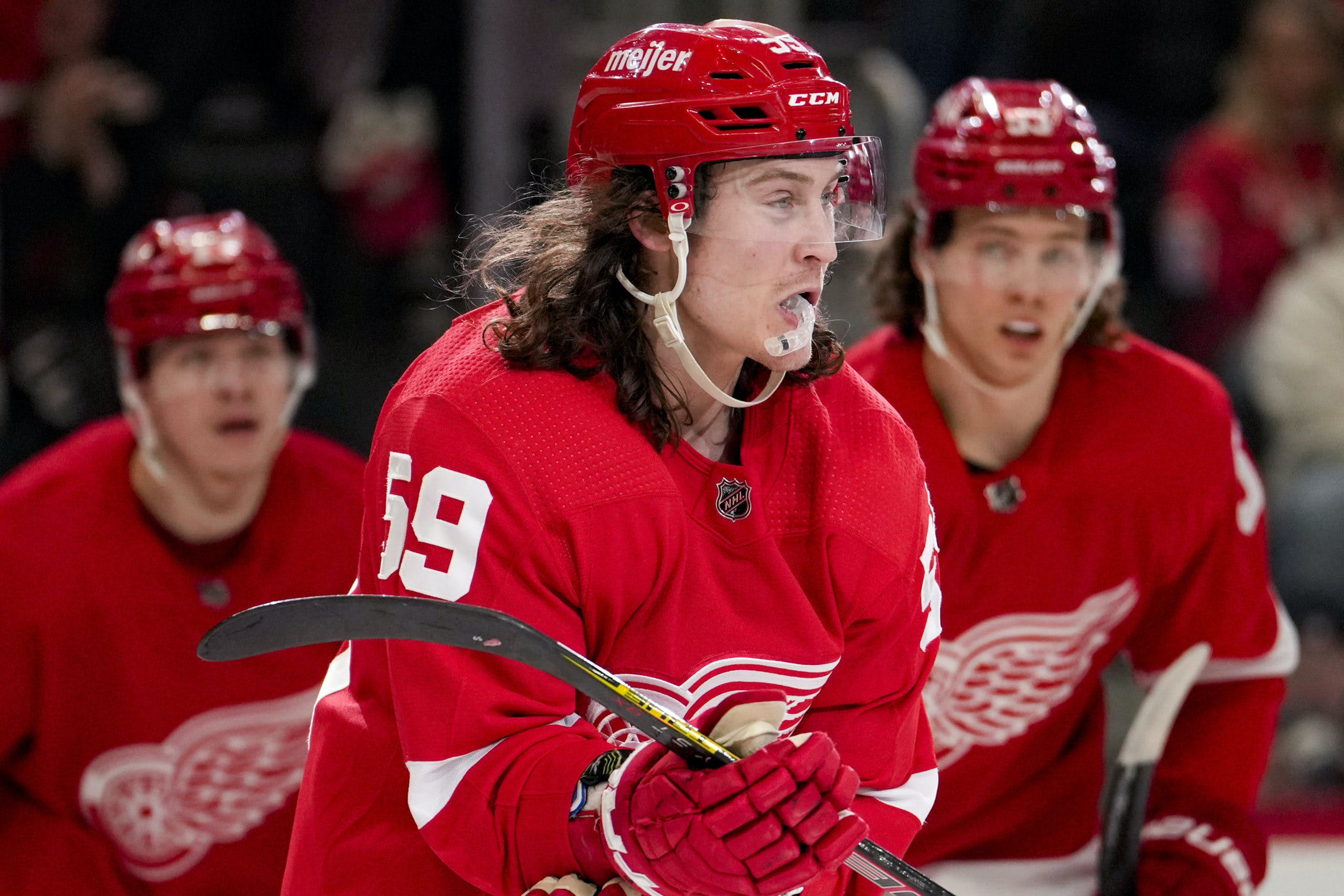 By Mike Gould
7 months ago
It took Todd Bertuzzi until his seventh full National Hockey League season to finally reach the 30-goal plateau for the first time.
Flash-forward 20 years: Tyler Bertuzzi, Todd’s nephew and current Detroit Red Wings forward, is on the cusp of scoring 30 goals in his fifth season since becoming a full-time NHLer.
Of course, it took Tyler much longer to crack the NHL than Todd. The elder Bertuzzi made the jump with the New York Islanders at age 20, scoring 18 goals as a rookie but struggling to find a role on Long Island.
Todd was ultimately traded to the Vancouver Canucks in 1997–98 and emerged as a 30-goal scorer four years later, netting 36 in 72 games with Vancouver in 2001–02 at age 26.
Tyler, a 2013 second-round pick, was 22 when he finally established himself with the Red Wings. He scored 21 goals in back-to-back seasons before losing the majority of his 2020–21 campaign to a back injury, scoring five goals in just nine games.
Considering how he’s playing this season, it doesn’t look like the younger Bertuzzi missed a beat during his 45-game absence last year. He already has career-highs in goals (27) and points (55) in just 60 games with the Red Wings, most recently adding to his goal total with Detroit’s lone tally in Tuesday’s 4–1 loss to the Ottawa Senators.
Check out this top-shelf snipe from a sharp angle:
Bertuzzi has missed of the Red Wings’ first eight road games in Canada due to his unvaccinated status (he’ll also sit out of their contest in Toronto later this month). There’s a non-zero chance he’d already be at 30 goals with those games under his belt.
As it stands, Bertuzzi should have eight more chances to get the three goals he needs to officially become a 30-goal scorer in the NHL. Red Wings captain @Dylan Larkin already has 31 goals in 68 games this season.
The Red Wings last had multiple 30-goal scorers in 2018–19, when Larkin scored 32 and @Andreas Athanasiou tallied 30. Prior to that, they had four 30-goal scorers in 2008–09: Marian Hossa (40), Johan Franzen (34), Pavel Datsyuk (32), and Henrik Zetterberg (31).
Bertuzzi and the Red Wings will return to action on the road on April 14 when they take on the Carolina Hurricanes at 7:00 p.m. ET.