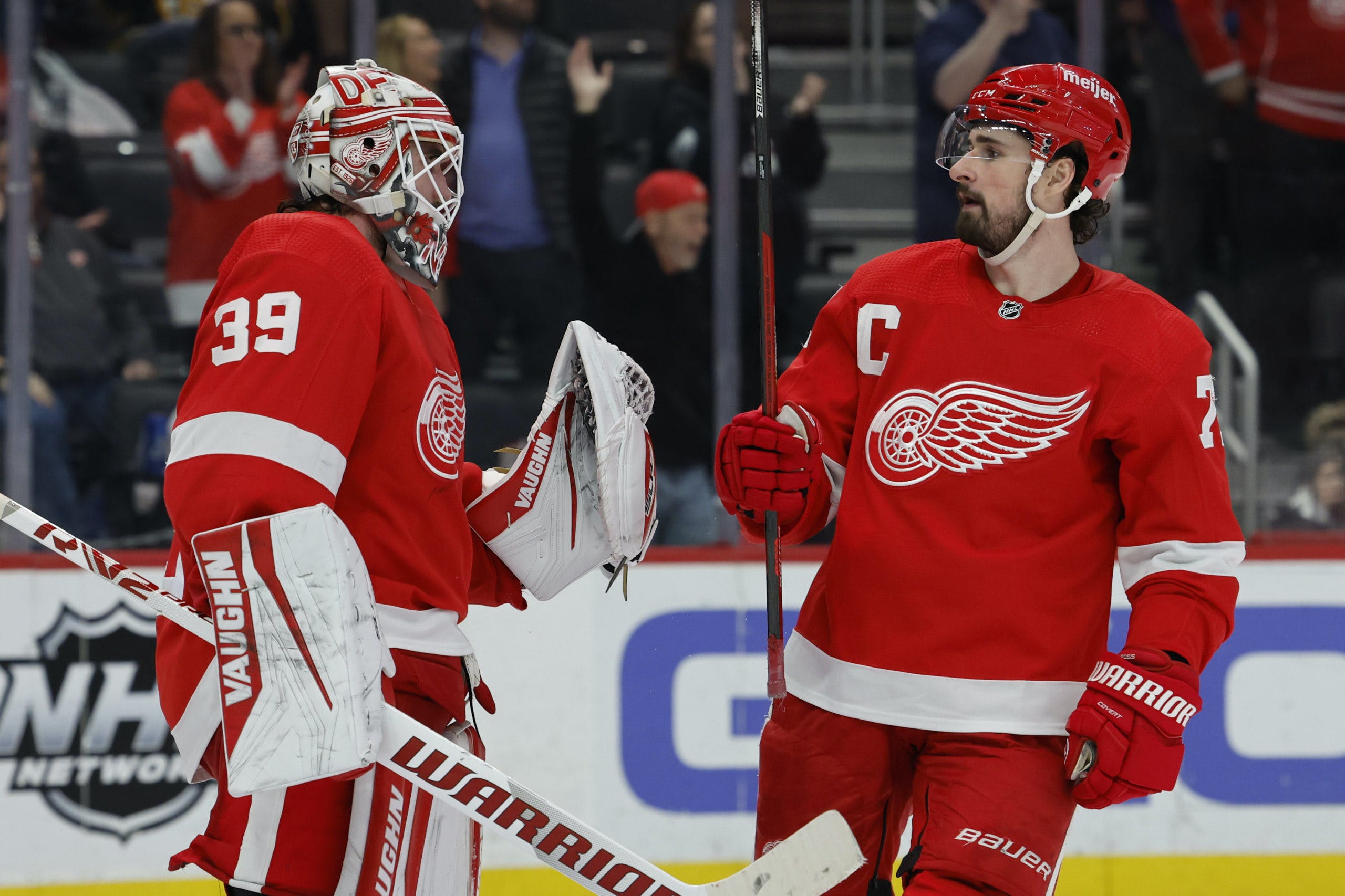 By Mike Gould
7 months ago
Detroit Red Wings captain @Dylan Larkin suited up in his 500th National Hockey League regular-season contest when he hit the ice against the Columbus Blue Jackets on Saturday.
Larkin, 25, was originally drafted by the Red Wings in the first round (15th overall) of the 2014 NHL Draft. The Waterford, MI product currently leads the Red Wings with 30 goals and 67 points in 66 games this season.
After appearing in Saturday’s game, Larkin became only the fifth member of the 2014 draft class to reach the 500-game plateau, joining @Aaron Ekblad (selected first overall), @Leon Draisaitl (third), @Sam Reinhart (second), and @David Pastrnak (25th).
Larkin’s 356 career points also rank fifth among members of the 2014 draft class, with his 146 goals good for seventh place.
In the 90 years since the Red Wings adopted their current name, only 49 players have suited up for 500 games with the team. Larkin became the newest member of that group on Saturday, with Danny DeKeyser (537 games) the only other Red Wings player with that much experience with the team.
The Red Wings currently trail the Blue Jackets 1–0 early in the second period of Larkin’s 500th game off a goal by Columbus forward @Jack Roslovic in the opening frame. Earlier on Saturday, the Red Wings were officially eliminated from 2022 playoff contention after the Washington Capitals defeated the Pittsburgh Penguins.