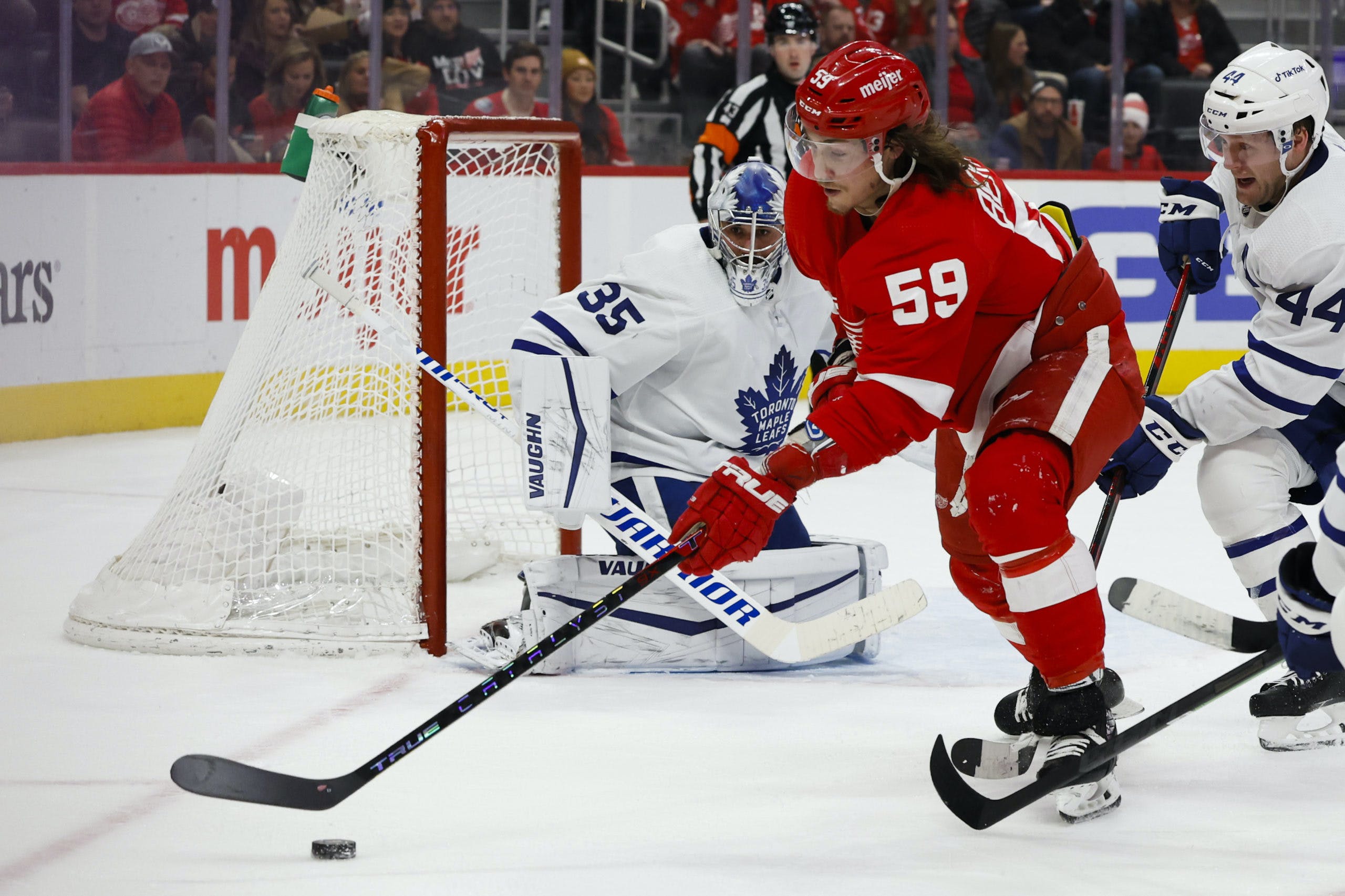 By Mike Gould
8 months ago
In the wake of his Detroit Red Wings-related comments on Toronto’s Sportsnet 590 radio station on Wednesday, Daily Faceoff hockey insider Frank Seravalli has added Red Wings forward @Tyler Bertuzzi to his “Trade Targets” board.
Bertuzzi is Seravalli’s No. 13-ranked target ahead of next week’s NHL trade deadline. Here’s what DFO’s President of Hockey Content had to say about Detroit’s highest-scoring winger:

GM Steve Yzerman has let teams know that he is ‘Open for Business.’ The sense is just about everyone from the Wings roster is available aside from Moritz Seider and Lucas Raymond. That would include Bertuzzi, whose name first surfaced in rumors last summer. Bertuzzi has had a strong season, collecting a career-high 24 goals in just 50 games. He’s missed nine games as he’s unable to travel to Canada as one of two active NHL players to remain unvaccinated. Bertuzzi’s next point will mark a career best and he provides an edge, an element essential for playoff success. One team this week referred to Bertuzzi as “an incredibly annoying, slightly less skilled version of Brad Marchand.” That was a compliment.

Bertuzzi, 27, has one year remaining after this one on a contract that pays him $4.75 million per season. The Red Wings originally selected the Sudbury product in the second round of the 2013 NHL Draft.
The Red Wings are now represented by three players on Seravalli’s trade board, with Bertuzzi the highest-ranked. @Filip Zadina is next, coming in at No. 22; @Nick Leddy rounds out the trio at No. 32.
The 2022 NHL trade deadline is scheduled for March 21 at 3:00 p.m. ET.