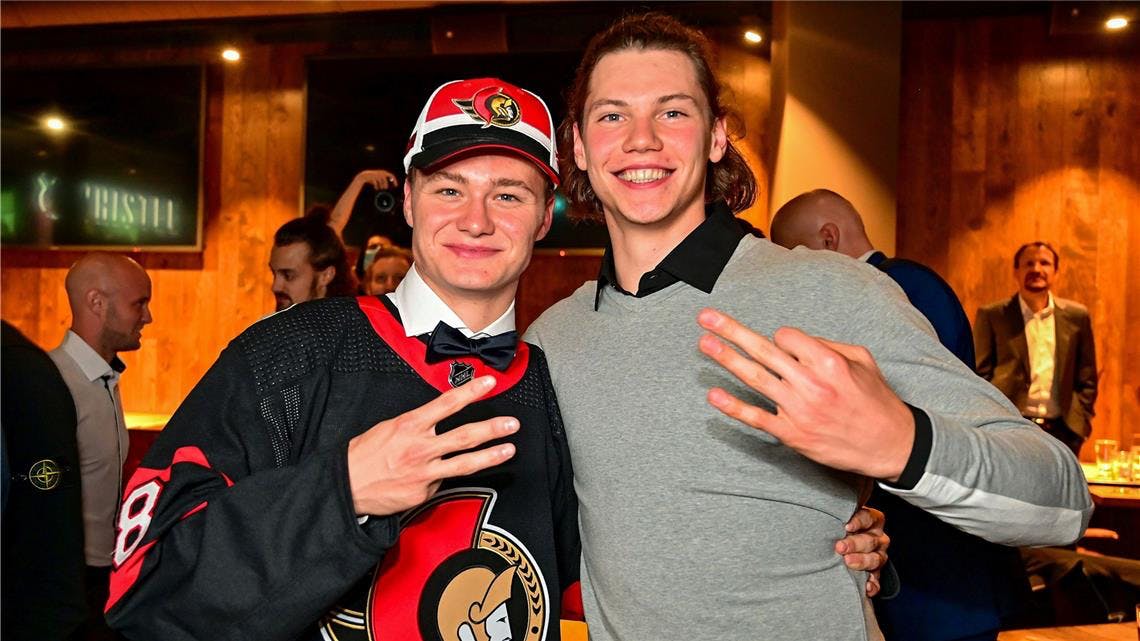 By Mike Gould
8 months ago
When the Detroit Red Wings host the Ottawa Senators on Friday, two of the top young German talents in hockey will reunite.
Senators forward Tim Stützle and Red Wings defenseman @Moritz Seider played together on the German junior club Jungadler Mannheim U19 in 2017–18 and again on the German national team at the 2020 IIHF World Junior Championship in Czechia.
Seider went to the Red Wings with the sixth-overall pick at the 2019 NHL Draft; Stützle became a Senator one year later, being taken with the third-overall selection. Along with Edmonton Oilers superstar @Leon Draisaitl and up-and-coming prospects Lukas Reichel and JJ Peterka, Seider and Stützle represent the future of German ice hockey.
The two will meet for the first time in the National Hockey League when the Red Wings take on the Senators at Little Caesars Arena at 7:30 p.m. ET on Friday evening (1:30 a.m. on Saturday in Germany). Stützle told local Ottawa radio station TSN 1200 that he’s looking forward to playing against his friend and off-season training partner.
Stützle, 20, has 14 goals and 40 points in 65 games with the Senators this season. He recorded five points (all assists) in five games while playing with Seider at the 2020 World Juniors before doubling his point production (five goals, 10 points in five games) while serving as Germany’s captain the following year.
Seider, 20, is currently tied with @Charlie McAvoy for 12th among NHL defensemen with 44 points (five goals, 39 assists) in 67 games. The 6’4″ right-handed defender was ineligible to play at the 2021 World Juniors due to his 2001 birthday but scored six points (all assists) in seven games while wearing the “C” at the 2020 tournament.
You’ll be able to watch Friday’s game between the Red Wings (26–32–9) and Senators (23–37–6) on Bally Sports Detroit Extra.