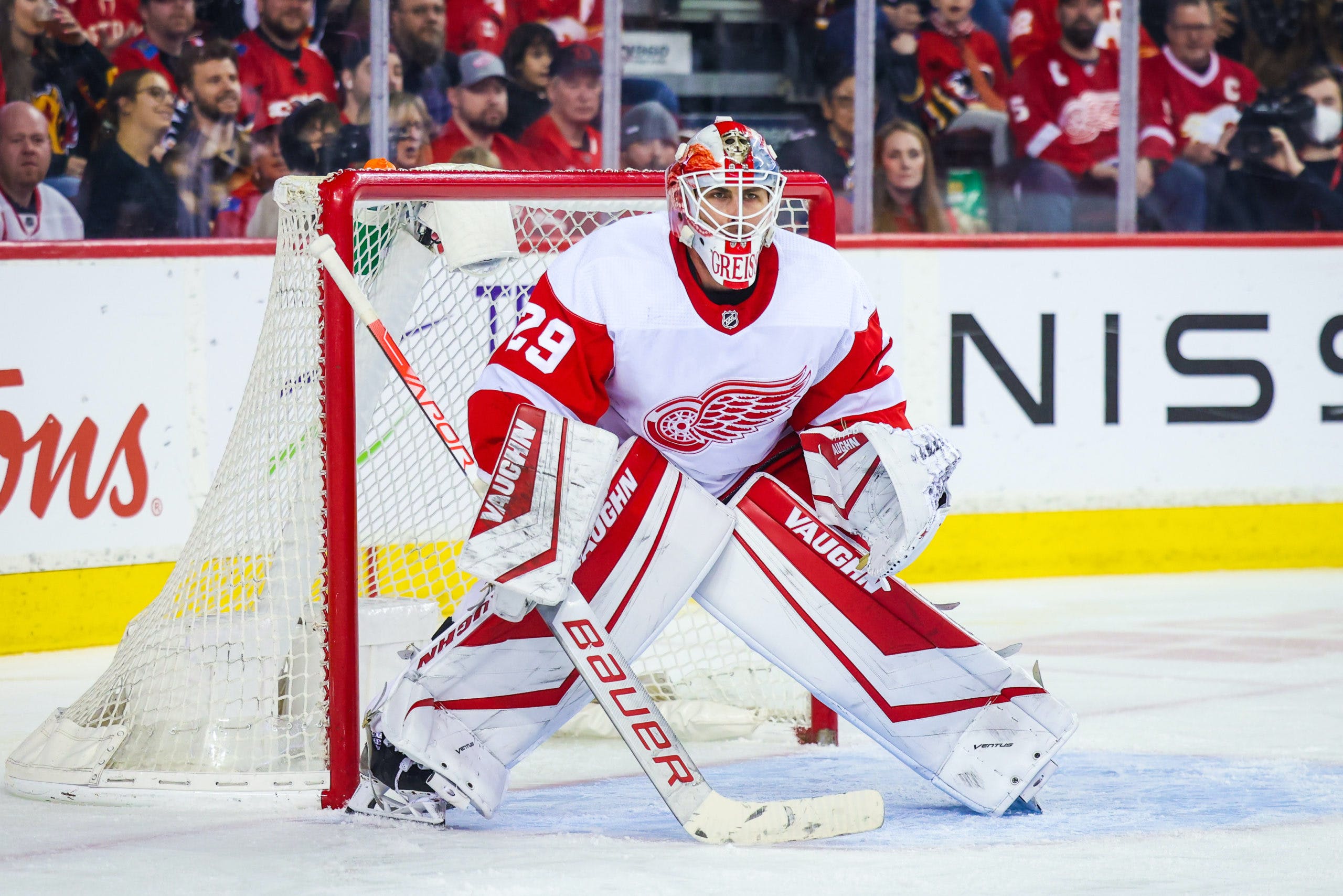 By Mike Gould
8 months ago
After missing a week of action, Detroit Red Wings goaltender @Thomas Greiss has returned to practice ahead of Friday’s game against the Ottawa Senators.
Greiss, 36, made an early exit from Detroit’s game against the New York Islanders on March 24 after colliding with @Oliver Wahlstrom during the second period.
In the days since Greiss suffered his injury, @Calvin Pickard and @Victor Brattstrom have served as backup to @Alex Nedeljkovic.
Pickard sustained an injury of his own during Detroit’s 11–2 loss to the Pittsburgh Penguins on March 27, forcing Brattstrom to step in as backup against the New York Rangers on Wednesday.
According to MLive‘s Ansar Khan, Greiss returned to practice for the Red Wings on Thursday. The German goaltender has a 8–11–1 record and a .885 save percentage in 25 games this season.
In a corresponding move, the Red Wings returned Brattstrom back to the Grand Rapids Griffins of the American Hockey League.
Brattstrom, 25, did not appear in any games with the Red Wings during his emergency recall and has yet to make his National Hockey League debut. The 6’4″ Swede has a 6–10–3 record and an .890 save percentage in 20 AHL appearances this year.
During Brattstrom’s first game as an NHL backup, the Red Wings fell to the Rangers in overtime by a 5–4 score. Expect Greiss to return to the Red Wings’ bench when the Ottawa Senators visit Little Caesars Arena on Friday afternoon.