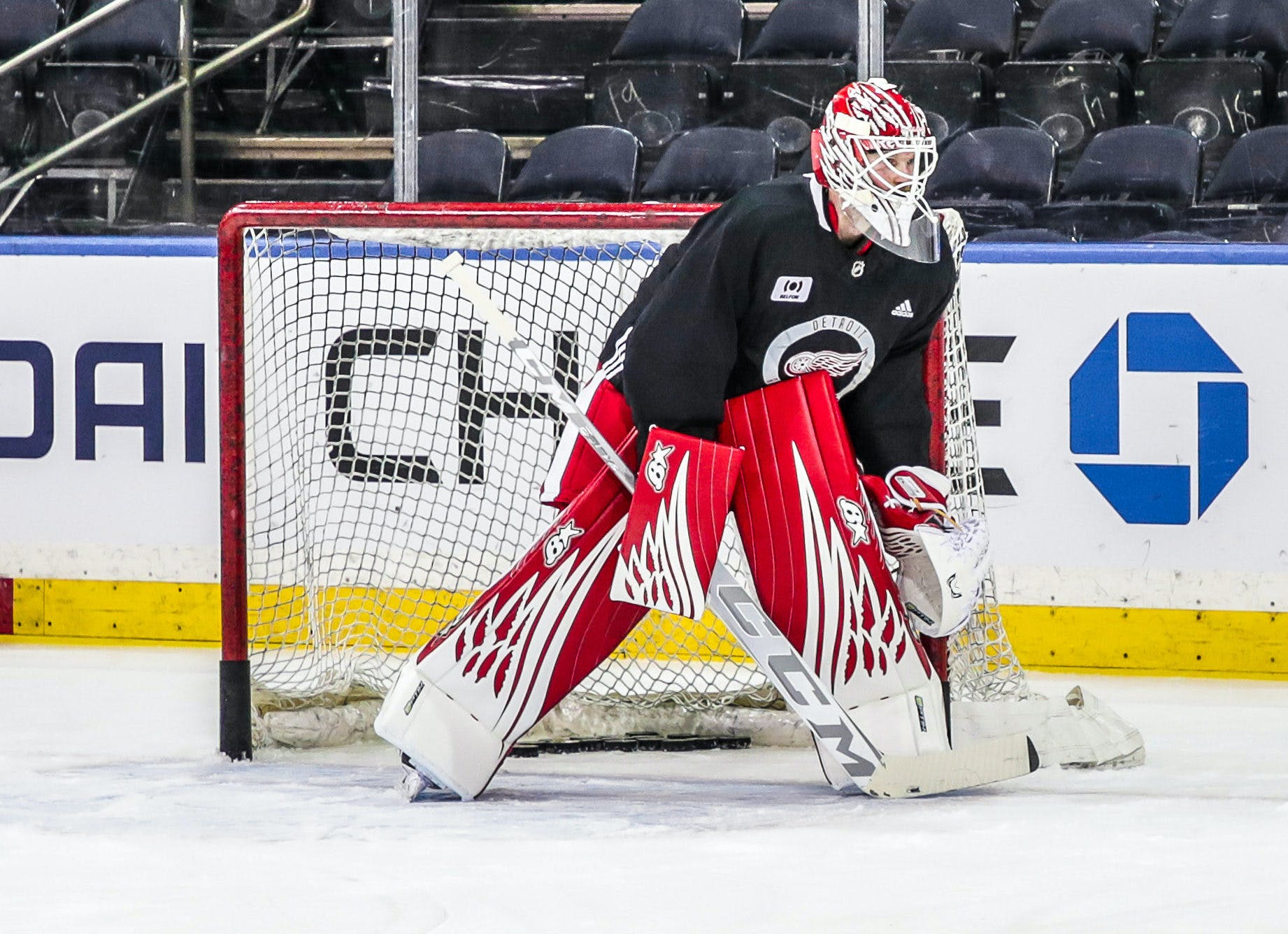 By Mike Gould
7 months ago
@Magnus Hellberg has yet to suit up for game action with the Detroit Red Wings, but he made his debut on the team’s bench in Tuesday’s game against the Tampa Bay Lightning.
Red Wings head coach Jeff Blashill told reporters on Tuesday morning that @Alex Nedeljkovic was dealing with an illness and would be considered a game-time decision against Tampa.
Nedeljkovic was indeed absent from the lineup the Red Wings posted before their game at Amalie Arena, with Hellberg listed as backing up @Thomas Greiss in goal.
For Hellberg, it was his first time dressing for the Red Wings since signing a one-year, $800,000 deal with the team on April 13. The big 31-year-old Swede posted a 13–20–4 record and a .917 save percentage in 37 Kontinental Hockey League games with HC Sochi this season.
As he left the ice during pre-game warm-ups, Hellberg gave pucks to fans wearing Red Wings garb behind the team’s bench. Hellberg can be seen in the video below wearing Jonathan Bernier’s old No. 45.
With Greiss in net, the Red Wings are currently tied 0–0 the Lightning with tearly in the second period at Amalie Arena. The Bolts have outshot the Red Wings 15–12 through the first 23 minutes of regulation time.