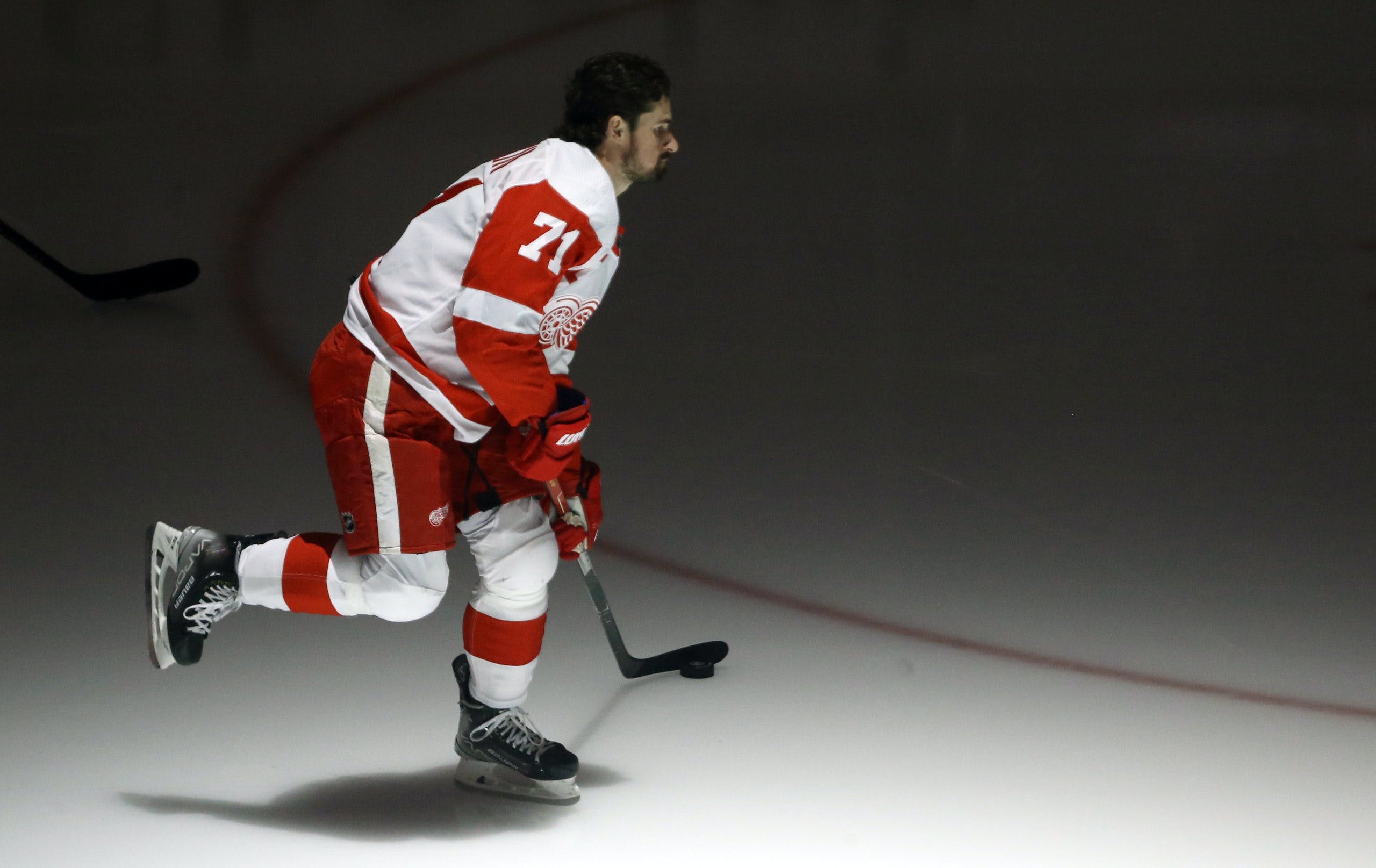 By Mike Gould
7 months ago
@Dylan Larkin is the Detroit Red Wings’ best player. Full stop.
Before undergoing season-ending core muscle surgery, the Waterford, MI product was just one point away from becoming the first Red Wings player to reach 70 in a single season since … Dylan Larkin, three years ago. Before that, it was Henrik Zetterberg who last eclipsed that mark in 2010–11.
Larkin is a special player. He’s an excellent offensive center who remained productive all season long despite playing for a Red Wings team that could aptly be described as “horrendous.”
The Red Wings have won just four of their last 15 games, being outscored by three or more goals seven times during that stretch. Three of those lopsided losses have come at the hands of the Ottawa Senators, the team directly below Detroit in the Eastern Conference standings.
Detroit has also lost to the Columbus Blue Jackets, the Seattle Kraken, and the New York Islanders during that stretch. All three of those teams are currently outside the playoff picture by at least 15 points — but then, so too are the Red Wings.
Very few people expected the Red Wings to come close to making the playoffs this season. Even with @Moritz Seider and @Lucas Raymond playing as well as they have, the Red Wings simply do not possess the overall depth that is required to contend for a spot in the post-season.
They didn’t have to miss the playoffs like this, though. The Red Wings have devolved from being a scrappy, optimism-inducing team in the early months of the season to one that is now bordering on being completely unwatchable.
Since the beginning of March, the Red Wings have posted the third-worst points percentage in the NHL (.348). They have the league’s worst five-on-five goals percentage (39.05), being outscored 64–41 over that span. Their expected goals percentage (44.52) hasn’t been much better, ranking 26th in the league (according to Natural Stat Trick).
Blame that lack of depth for the team’s slide. Blame the goaltending, if you want. Blame Red Wings head coach Jeff Blashill, who has now missed the playoffs with this team for six consecutive seasons.
Don’t blame Larkin.
Even in the Red Wings’ miserable last 15 games, Larkin put up 11 points. His 47.33 on-ice expected goals percentage at five-on-five led the entire team during that stretch.
It’s not presently known when Larkin suffered the injury that prematurely ended his season, but there’s a chance that he was still carrying this team on his back even while dealing with his core muscle issue.
Despite all the frustration surrounding the Red Wings, Larkin — who wears all of those negatives on his chest — finished his 2021–22 campaign at or near the top in almost every meaningful statistical category for this team.
The Red Wings have lost their last two games by a combined score of 10–1. Larkin dutifully faced the media after both of those losses, taking question after question about why this Red Wings team isn’t good enough.
“We have to challenge ourselves,” Larkin said after Sunday’s 6–1 loss to the Florida Panthers. “I’ve said it a lot, someone can’t push you out the door like it’s minor hockey and give you candy after the game. You have to take pride in this, and you have to take pride in wearing the winged wheel and going out there and fighting for a job next year.”
Larkin is one of five regular Red Wings forwards slated to hit the market as an unrestricted free agent after the 2022–23 season. He’ll be eligible to sign a contract extension with Detroit on July 13, 2022.
The Red Wings must do everything in their power to keep Larkin in the fold. Players of his calibre — especially centers — don’t grow on trees. He’s a hometown boy who has all the skill and heart expected of a Red Wings captain.
Larkin did absolutely everything the Red Wings asked of him this season. This team could use ten more of him.