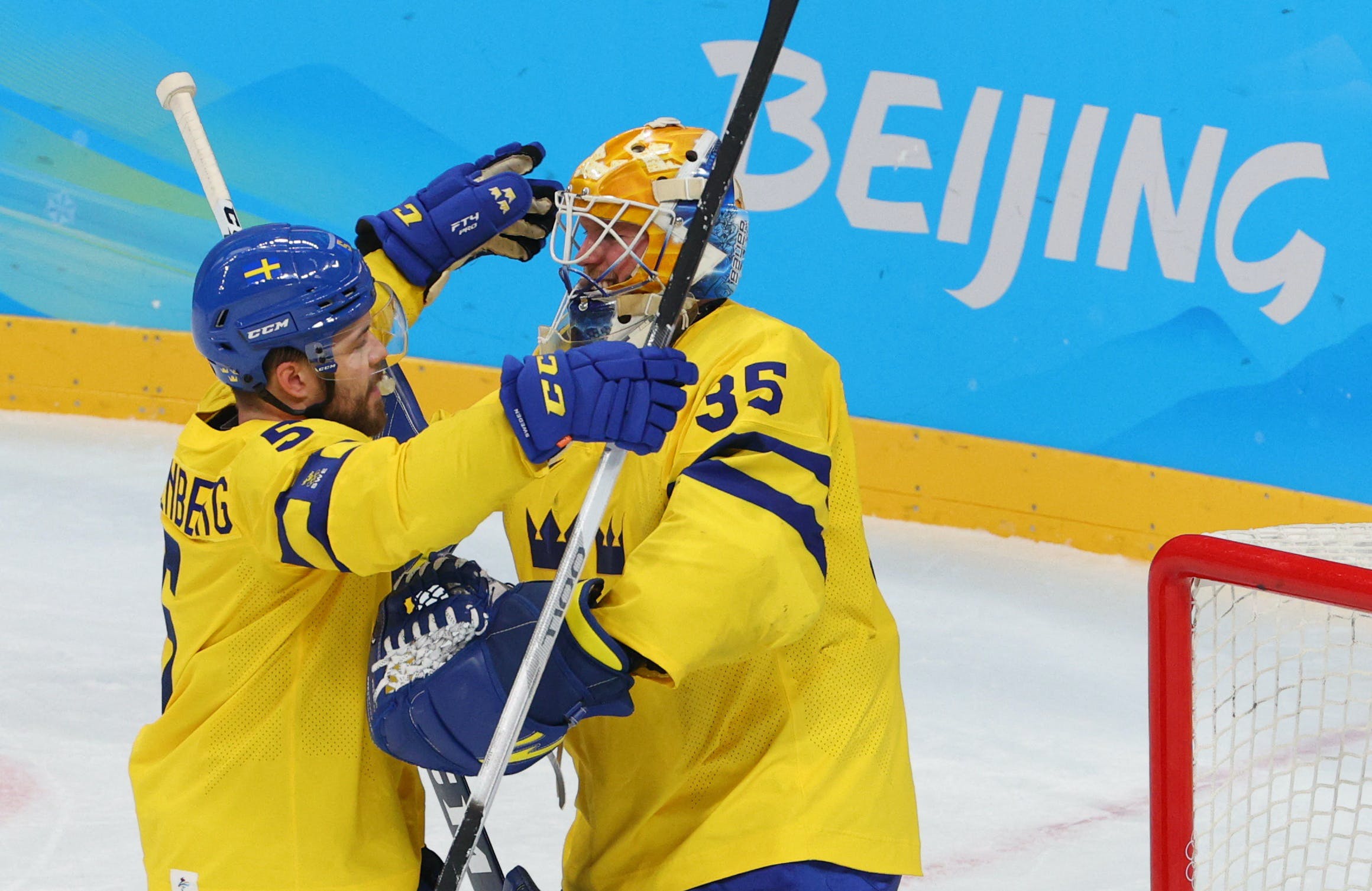 By Mike Gould
7 months ago
The Detroit Red Wings announced Wednesday that they have signed goaltender Magnus Hellberg to a one-year contract.
Hellberg, 31, has spent the last five seasons in the Kontinental Hockey League, most recently posting a 13–20–4 record and a .917 save percentage in 37 appearances with HC Sochi in 2021–22. He also played for Team Sweden at the 2022 Olympics, going 1–0–1 with a .933 save percentage in two games.
The 6’5″ Uppsala, Sweden product was originally drafted by the Nashville Predators in the 2011 second round, going on to appear in one game with the team during the 2013–14 season. Hellberg also made three NHL appearances with the New York Rangers between 2015 and 2017, stopping 22 of 24 shots for a 3–2 win in his only NHL start (against the Pittsburgh Penguins on April 9, 2017).
At this time, it is unclear whether Hellberg’s contract with the Red Wings will take effect in 2022–23 or if it will run for the remainder of this season, although the latter seems unlikely: Helberg would have to clear re-entry waivers to join the Red Wings now, and the team only has nine games left on its 2021–22 schedule.
The financial terms of Hellberg’s deal have also not yet been disclosed. If he is signed for 2022–23, Hellberg would be the third Red Wings goaltender under contract for that season (joining @Alex Nedeljkovic and @Sebastian Cossa).
UPDATE
According to a report by Max Bultman of The Athletic, Hellberg’s contract will take effect in 2021–22 and will extend through the duration of the current season. Hellberg would then become an unrestricted free agent again this summer.
Based on the situation that followed @Harri Sateri signing with the Toronto Maple Leafs earlier this season, Hellberg will likely have to be placed on re-entry waivers before he can join the Red Wings.