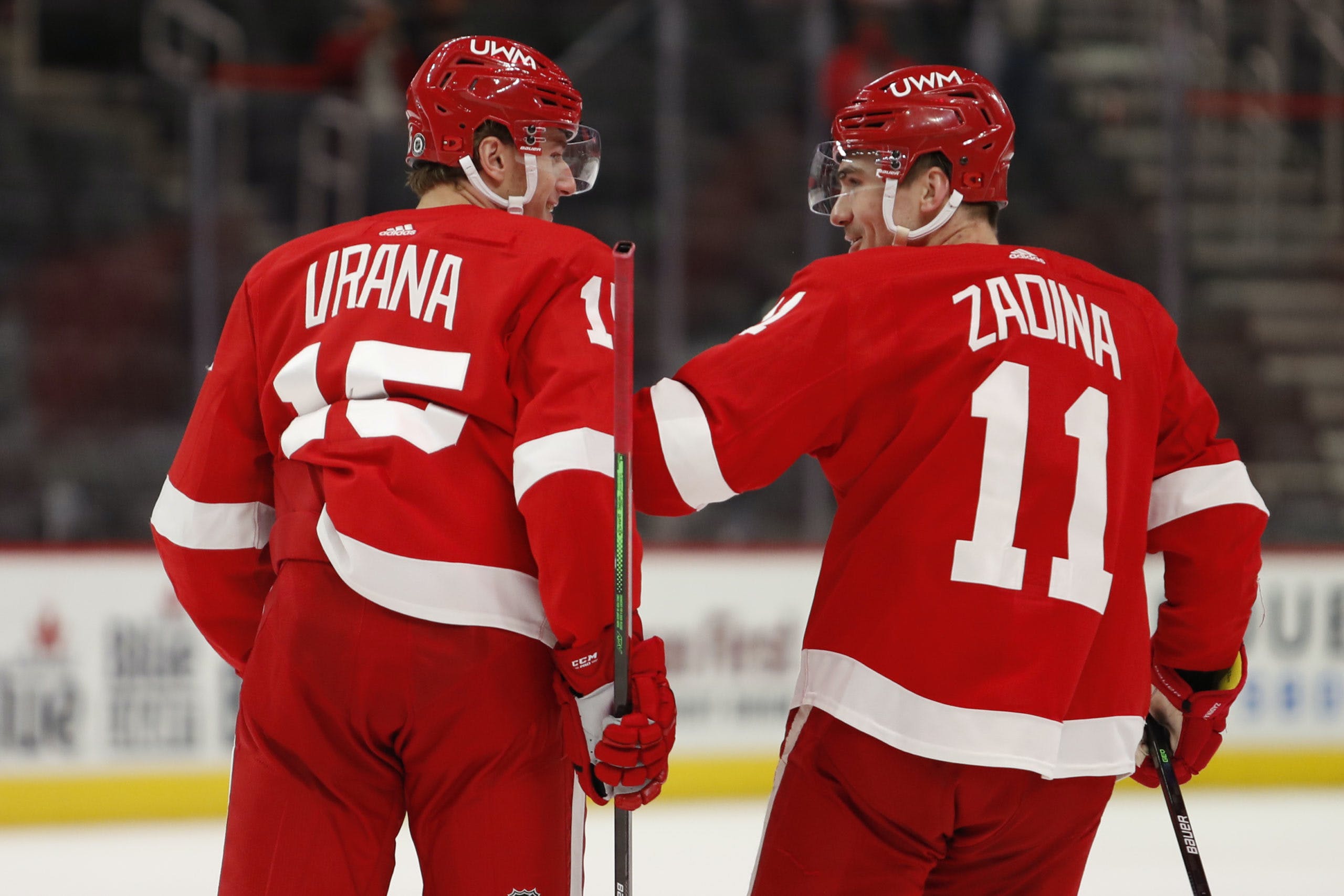 By Mike Gould
7 months ago
Detroit Red Wings teammates and Czech countrymen @Jakub Vrana and @Filip Zadina combined for an outstanding goal to give their team a 3–2 lead over the Boston Bruins midway through the second period of Tuesday’s game.
Red Wings head coach Jeff Blashill united Vrana and Zadina on the second line for Tuesday’s matchup against the Bruins. Zadina’s tally came immediately after @Dylan Larkin and @Michael Rasmussen scored back-to-back goals to dig the Red Wings out of an early 2–0 hole.
With the game now tied 2–2 midway through the second period, the Red Wings’ new-look second line got to work. Late in a high-flying shift for his unit, Vrana broke into the offensive zone on the left side and drew three Bruins defenders toward him (and away from Zadina on the right).
At the last possible moment, Vrana found Zadina at the right faceoff circle with a perfect pass. The 22-year-old winger put his excellent release on display and one-timed the puck past Bruins goaltender @Jeremy Swayman to give the Red Wings a 3–2 lead.
@Pius Suter picked up the secondary assist on Zadina’s ninth goal of the season (and his first in nine games), which came at the 11:32 mark of the second period.
With his assist on the goal, Vrana now has 11 points (seven goals, four assists) in 14 games with the Red Wings this season. Since being acquired from the Washington Capitals at the 2021 trade deadline, Vrana has 15 goals and 22 points in 25 games.
@Erik Haula and @Brandon Carlo scored to give the Bruins a 2–0 lead in the opening frame before Larkin made it a one-goal game late in the period with his 30th goal of the season. Rasmussen tied it at the 5:46 mark of the second period before Zadina made it 3–2 six minutes later.
The Red Wings remain on top by a 3–2 score after 40 minutes of play on Tuesday. The Bruins currently hold the advantage in shots on goal by a count of 33–24.