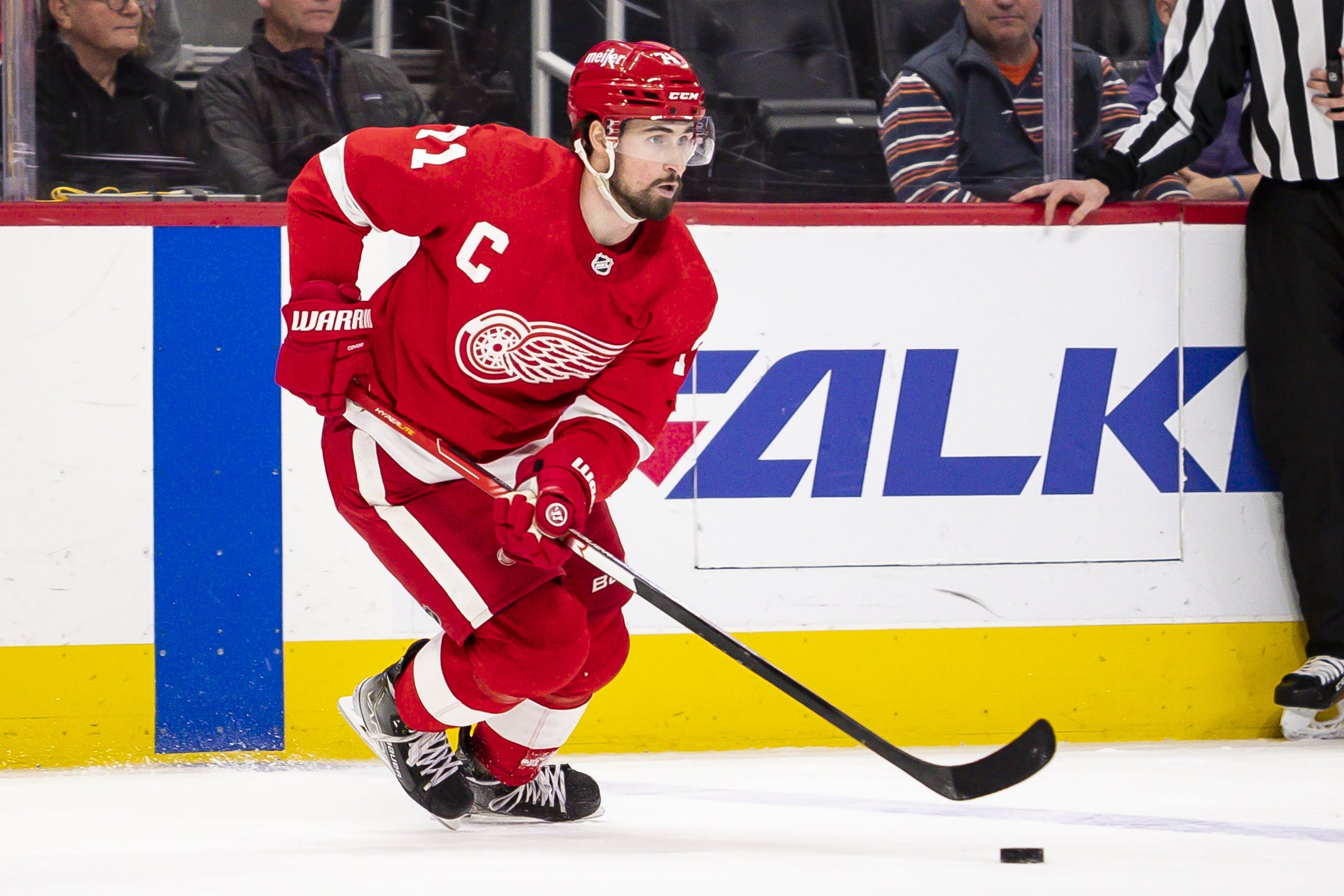 By Mike Gould
8 months ago
Detroit Red Wings captain @Dylan Larkin got his team on the board with his 30th goal of the 2021–22 season late in the first period of Tuesday’s game against the Boston Bruins.
The Red Wings controlled the puck in the offensive zone late in the first period as the seconds ticked down on their second power play of the game. (@Brandon Carlo previously scored a shorthanded goal for Boston earlier in the first period).
Just as the 5-on-4 advantage expired, Larkin took a pass from @Moritz Seider at the left circle and flipped a shot that negotiated its way around Carlo, a screening @Oskar Sundqvist, and Bruins goaltender @Jeremy Swayman before finding the top-right corner of the net.
Seider and @Lucas Raymond picked up the helpers on Larkin’s 30th goal of the year, which cut the Bruins’ lead to 2–1 at the 19:20 mark of the opening frame.
With his goal on Tuesday, Larkin became the sixth Red Wings player with multiple 30-goal seasons since 2000. He joined Sergei Fedorov, Brett Hull, Brendan Shanahan, Pavel Datsyuk, and Henrik Zetterberg on that list.
Seider also reached an impressive milestone as a result of Larkin’s 30th. With the primary assist on the play, Seider became only the 12th defenseman age 21 or under to score 45 points in a season since 1992–93.
Larkin now has 30 goals and 65 points in 65 games with the Red Wings this season. Michael Rasmussen tied Tuesday’s contest with his 11th goal of the season midway through the second period; the score remains knotted up at 2–2 with 13:05 to play in the middle frame.