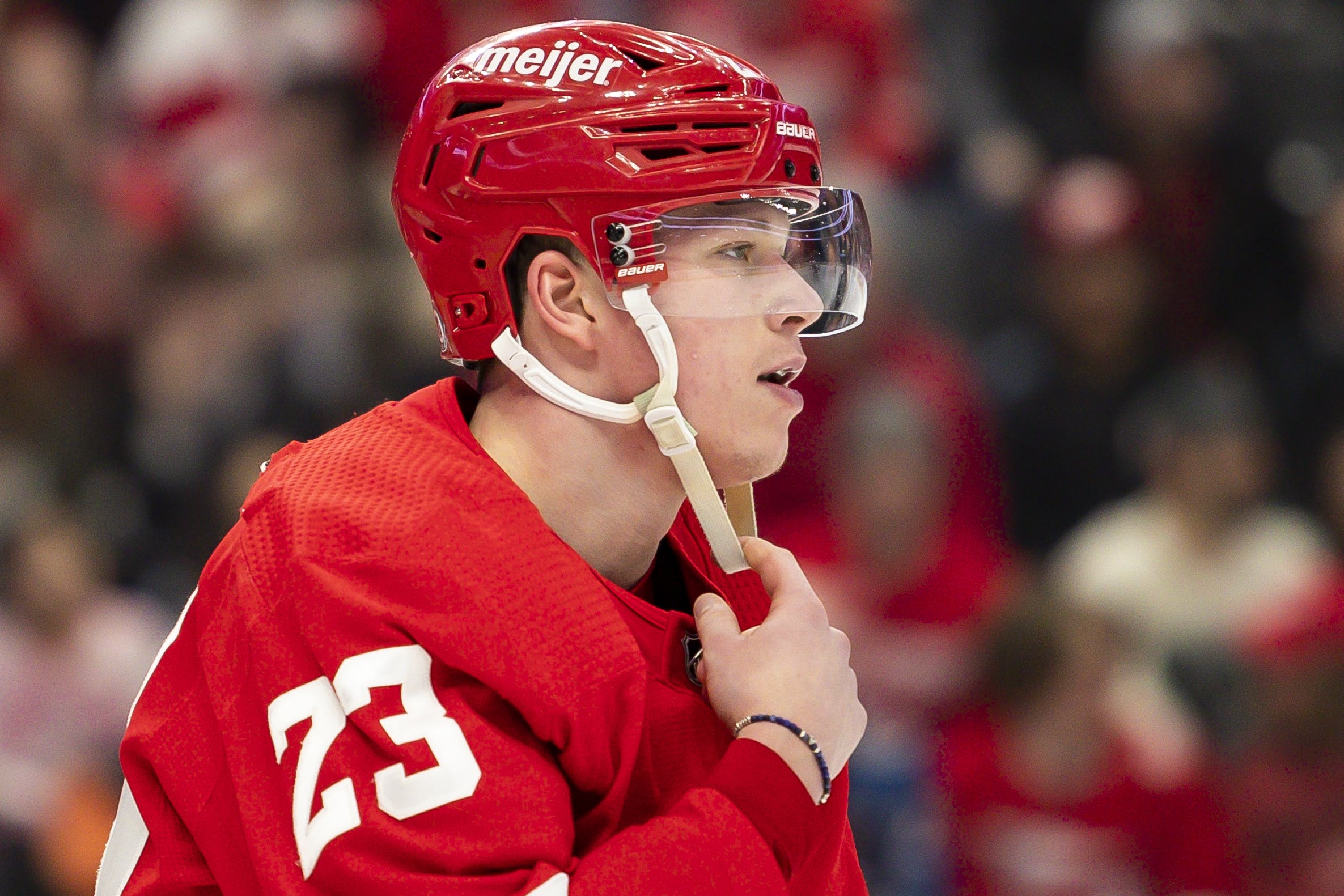 By Mike Gould
7 months ago
Detroit Red Wings forward @Lucas Raymond bolstered his case as one of the top rookies in the National Hockey League with a pair of goals against the Ottawa Senators on Friday evening.
Raymond, 20, provided all of the Red Wings’ offense in their 5–2 loss to the Senators, scoring once in the second period and again late in the third to surpass @Michael Bunting for the NHL’s rookie scoring lead.
Bunting, 26, has 51 points (20 goals, 31 assists) in 67 games with the Toronto Maple Leafs this season. After his two-goal output on Friday, Raymond now has 52 points (22 goals, 30 assists) in his first 68 NHL contests.
Only Nashville Predators forward @Tanner Jeannot ranks ahead of Raymond on the rookie goal-scoring leaderboard. Jeannot, 24, has 23 goals and 40 points in 67 games this season (but has just 111 shots on goal compared to Raymond’s 157).
Raymond’s first goal on Friday tied the game at 1–1 at the 2:18 mark of the second period. After @Jake Walman hammered a shot that trickled through Senators goaltender @Mads Sogaard, Raymond crashed the crease and deposited the loose puck into the empty net for his 21st goal of the season.
The score remained tied into the second intermission but the Senators scored three in a row — including back-to-back goals by @Mathieu Joseph — to open the third period. Just 40 seconds after Joseph scored his second of the game, Raymond responded to bring the Red Wings within two.
With @Alex Nedeljkovic on the bench for an extra attacker, the Red Wings controlled the puck in the offensive zone and pushed for a goal to get back into the game. @Filip Hronek took possession at the top of the left circle and found Raymond drifting through the middle with a perfect slap pass.
All Raymond had to do was deflect the puck toward the net. He successfully found his target.
Joseph ultimately recorded a hat trick in Friday’s 5–2 Red Wings loss to Ottawa, with Norris and @Auston Watson picking up the other goals for the visitors.
After his two-goal performance against the Senators, Raymond now ranks third on the Red Wings in both goals and points (behind only @Dylan Larkin and @Tyler Bertuzzi).
The Red Wings have now lost 13 of their last 16 games. They’ll return to action on Sunday when they visit the Senators at 1:00 p.m. ET.