Jakub Vrana to make season debut on Tuesday against Coyotes 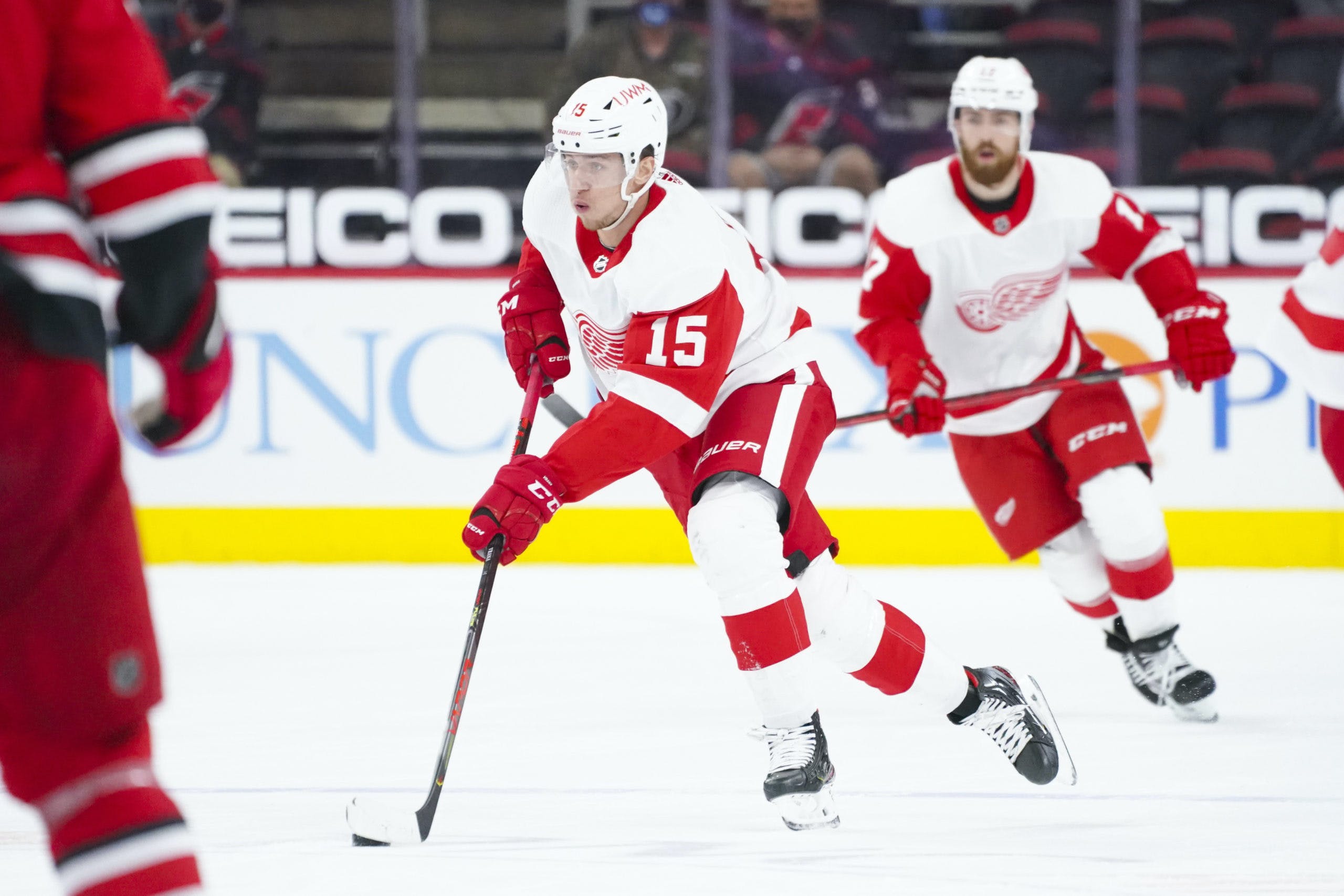 By Mike Gould
8 months ago
The wait is finally over.
After missing the Detroit Red Wings’ first 56 games of the year while recovering from shoulder surgery, forward @Jakub Vrana will make his 2021–22 season debut on Tuesday against the Arizona Coyotes.
Vrana skated alongside @Robby Fabbri and @Pius Suter as part of the Red Wings’ second line at Monday’s practice. Expect him to start in that spot against the Coyotes.
Vrana, 26, became a Red Wing at the 2021 trade deadline after being traded by the Washington Capitals as part of a package to acquire @Anthony Mantha from Detroit. He won the Stanley Cup as a member of the Capitals in 2018.
In his first 11 games with the Red Wings, Vrana scored eight goals and 11 points. Despite playing less than 20% of the 2021–22 season with Detroit, Vrana ultimately finished fifth on the team in goal-scoring (just one behind captain @Dylan Larkin, who appeared in 33 more games).
The Red Wings re-signed Vrana to a three-year, $5.25 million-AAV contract extension as an RFA this past summer. In 295 career regular-season games with Detroit and Washington, Vrana has 84 goals and 168 points.