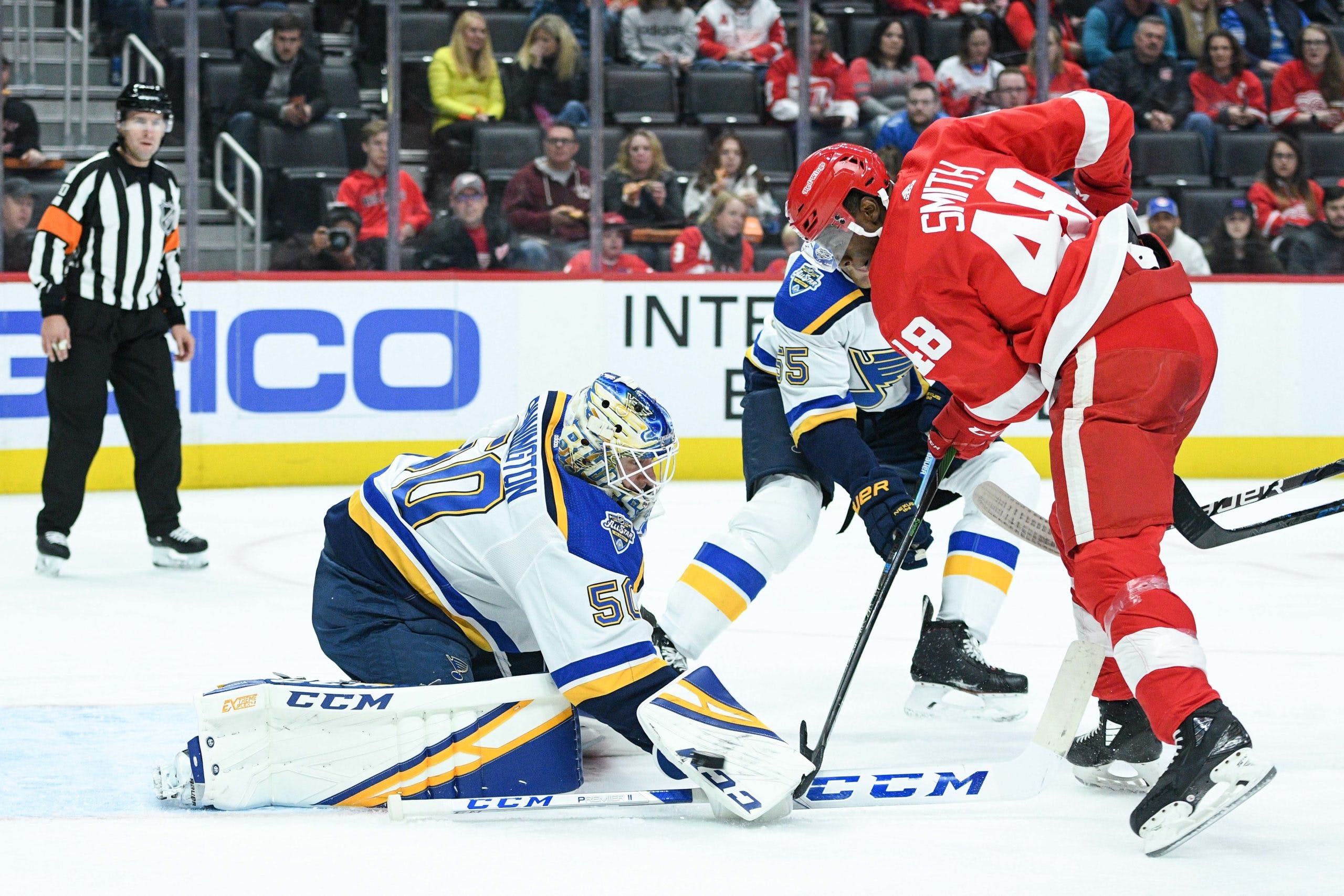 By Mike Gould
1 year ago
The Detroit Red Wings have lost four consecutive games, most recently suffering a 2–1 overtime defeat at the hands of the lowly Arizona Coyotes.
After three days off, the Wings will return to action against the St. Louis Blues on Wednesday looking to get back on track at home. All four of Detroit’s most recent setbacks came on a four-game road swing from Nov. 15–20; the Wings last won on Nov. 13, defeating the Montreal Canadiens 3–2 in overtime at Little Caesars Arena.
Detroit outshot the Coyotes 34–29 on Saturday but beat goaltender @Scott Wedgewood just once, when team captain @Dylan Larkin scored on a breakaway early in the first period. @Lucas Raymond extended his lead atop the Red Wings’ scoring leaderboard with the lone helper on Larkin’s goal.
@Ryan Dzingel and @Clayton Keller scored for Arizona, which improved to 3–13–2 with the win and currently ranks dead-last in the National Hockey League with a .263 points percentage.
St. Louis is in the midst of a topsy-turvy season. The Blues defeated the Vegas Golden Knights by a 5–2 score on Monday but also recently lost to the likes of the Coyotes and the Dallas Stars. Their .611 points percentage ranks 12th in the NHL.

Detroit: With @Troy Stecher set to miss significant time with a wrist injury, now could be the time for @Gustav Lindstrom to grab a permanent role on the Wings’ defense. The 23-year-old Swede has already appeared in 14 games for Detroit this season and his spot looks safer than ever. Once @Marc Staal returns, he’ll probably slot back in on Lindstrom’s left side. That duo has spent 110:45 together at 5-on-5 this year and has posted a terrific 57.09 expected goals percentage in those minutes (via Natural Stat Trick).
St. Louis: The Red Wings are very familiar with @Torey Krug, who spent nine seasons playing in the Eastern Conference with the Boston Bruins before signing with the Blues as a free agent in 2020. Krug, 30, has six goals and 18 points in 27 career games against Detroit. In his career, he’s only been more productive against the Minnesota Wild, Ottawa Senators, Tampa Bay Lightning, and Toronto Maple Leafs.

Wednesday’s Red Wings game will be broadcast on Bally Sports Detroit Plus starting at 7:30 p.m. ET. It’ll be sent over the airwaves on WXVT-FM 97.1 “The Ticket” in the Detroit area, as well as on the Red Wings’ official website.