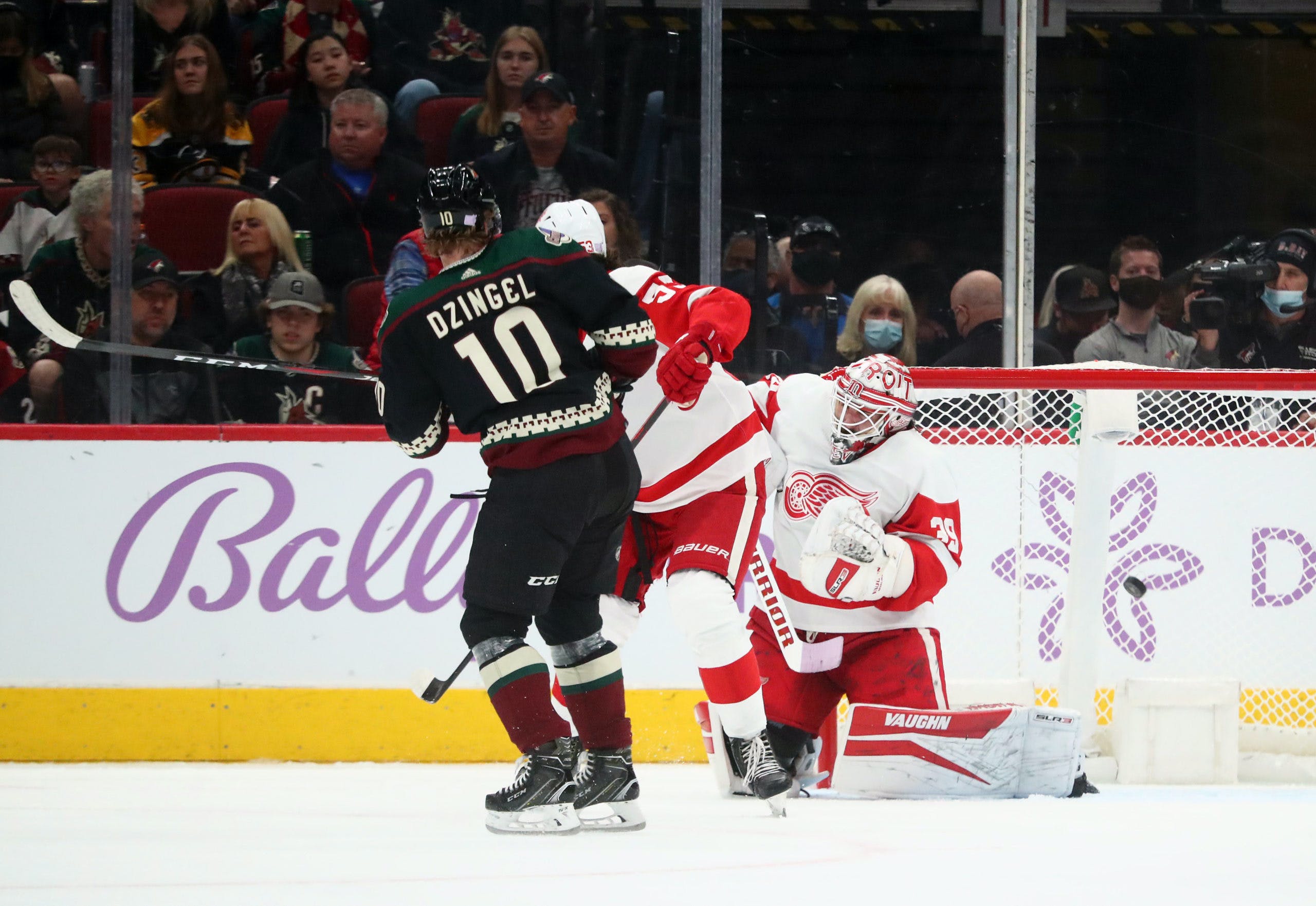 By Mike Gould
1 year ago
On Saturday, the Detroit Red Wings lost to the team with the fewest points in the National Hockey League.
Detroit led by a 1-0 score late in the third period but couldn’t seal the deal. @Ryan Dzingel tied the game with just 6:29 remaining in regulation time before @Clayton Keller scored in overtime to clinch just the third win of the season for the Arizona Coyotes.
Arizona improved to 3–13–2 with the victory. Detroit picked up a single point in the loss and now possesses an 8–9–10 record in 2021–22.
The Red Wings’ lone goal of the contest came courtesy of team captain @Dylan Larkin, who opened the scoring in the first period with a breakaway marker against Coyotes goaltender @Scott Wedgewood.
Larkin took possession all by himself in Arizona’s zone after the puck took a strange carom off @Lucas Raymond’s leg at center ice. With only Wedgewood in front of him, Larkin pulled the puck onto his forehand and threw it upstairs for his team-leading ninth goal of the season.
Raymond picked up the lone helper on Larkin’s tally. Here’s the video, as posted by Bally Sports Detroit:
@Alex Nedeljkovic made 27 saves for Detroit in the loss, with his overall save percentage on the season improving to .914. The 25-year-old goaltender now has a 4–3–3 record in his first 12 games as a Red Wing.
Detroit will have three days off to ruminate about the loss to the Coyotes before returning to action on Nov. 24 to play host to the St. Louis Blues. You’ll be able to catch that game on Bally Sports Detroit Plus at 7:30 p.m. ET.