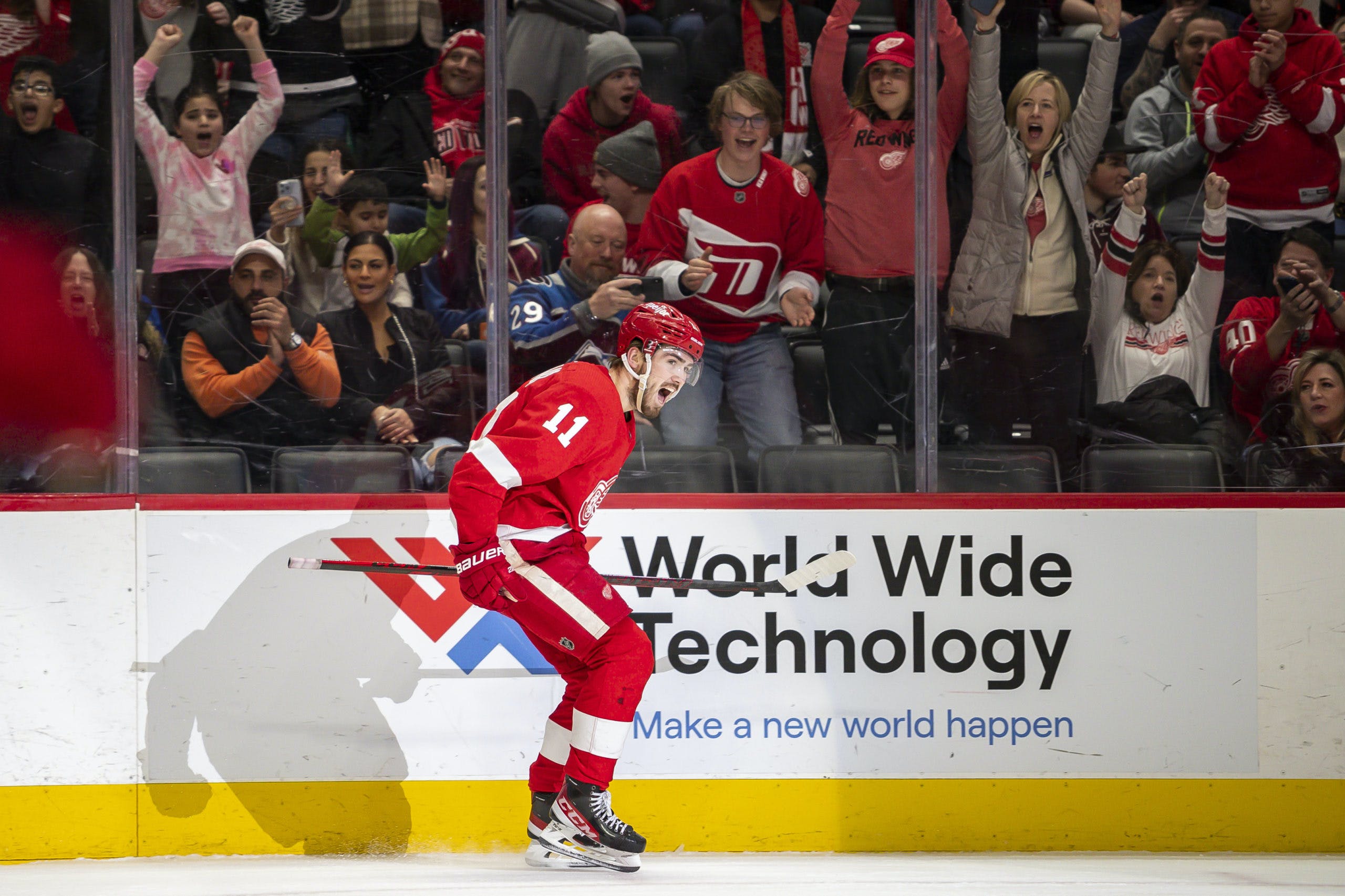 By Mike Gould
8 months ago
Detroit Red Wings forward @Filip Zadina is currently playing some of his best hockey since he made the jump to the National Hockey League in 2019–20.
The 22-year-old winger has spent much of the Red Wings’ last five games alongside @Dylan Larkin and @Lucas Raymond on the team’s top line, with @Tyler Bertuzzi spending much of his time on the second unit.
It was a mutually beneficial realignment for the Red Wings. Bertuzzi’s “Guelph Connection” line with @Robby Fabbri and @Pius Suter has proven itself capable of being a successful secondary scoring line for Detroit.
Meanwhile, Zadina needed an opportunity to play with two of the Red Wings’ top offensive players. He’s always been a high-volume shooter — as we delved into earlier this year — but not many of the chances he took or set up were going in.
It made sense for the Red Wings to put Zadina with players who could give him the puck in dangerous areas more consistently, and the results have been encouraging.
Two of Zadina’s seven goals on the season have come in his five games with Larkin and Raymond. We saw Zadina’s finishing ability on display in Thursday’s game against Colorado when he was the beneficiary of an incredible bank pass by @Moritz Seider off the rush.
The Red Wings shifted Zadina away from @Adam Erne and @Michael Rasmussen and onto Larkin’s line in time for their game against the Philadelphia Flyers on Feb. 9.
The move came as a reward for Zadina, who had ended his own personal 18-game goalless drought 12 days earlier and had scored three points in his most recent four games.
Zadina did not score in his first game on the top line, a 6–3 win over the Flyers, but helped the unit put forth a dominant performance. The Zadina–Larkin–Raymond line controlled 99.3 percent (!!) of the expected goals and outshot its opposition 9–0 in 10:57 of five-on-five ice time in the game, according to Natural Stat Trick.
No unit is ever perfect, and the new-look top line has sprinkled in some lacklustre performances with Zadina occupying to No. 1 left wing spot. However, it’s been a welcome change to see Zadina on the ice for a five-on-five goal for in all five of his games on the line.
In total, Zadina has now been on the ice for a Red Wings five-on-five goal in seven consecutive games. Prior to that, he’d only contributed to two five-on-five goals in his previous 20 games.
There’s no downside to the Red Wings continuing Zadina’s trial on the top line. In all likelihood, his current position is the one he would occupy if he were to develop into a legitimate top-six scorer for the Red Wings.
The playoffs are almost certainly unattainable for the Red Wings this season. Zadina has shown promise on the top line and it would be beneficial for his development to let him have his natural ups and downs with the likes of Larkin and Raymond available to support him.
The Red Wings will return to action against the Toronto Maple Leafs at 7:30 p.m. ET on Saturday.