Raymond, Red Wings aim for second win over Penguins in 2021–22 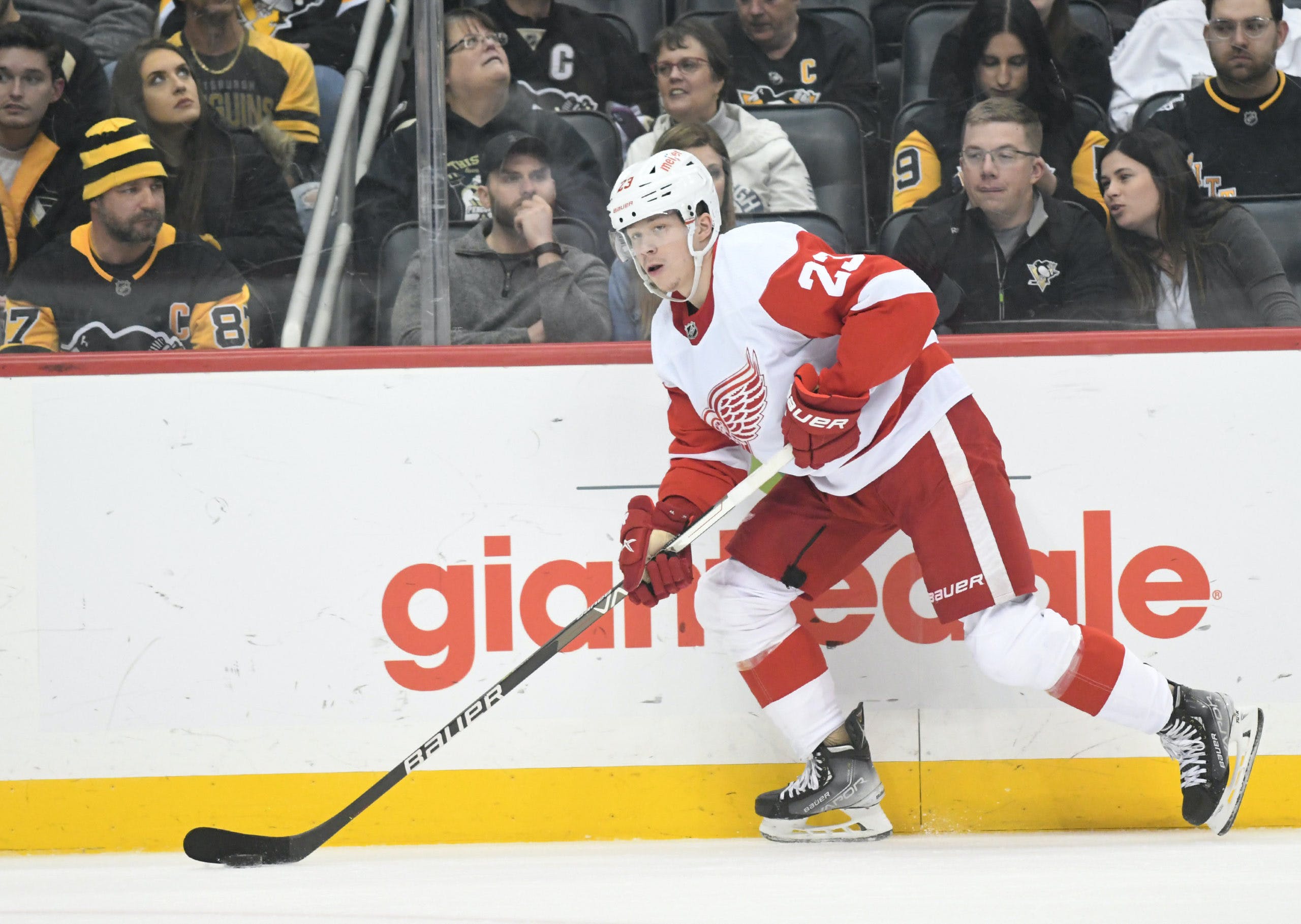 By Mike Gould
8 months ago
The last time the Detroit Red Wings faced the Pittsburgh Penguins, @Lucas Raymond scored the shootout winner and @Calvin Pickard made 36 saves as the Red Wings won 3–2 via the skills competition.
It’s entirely possible that Pickard could man the pipes once again as the Red Wings visit the Penguins to continue their 2021–22 season series on Sunday evening (5:00 p.m. ET, Bally Sports Detroit Extra). @Alex Nedeljkovic could probably use some rest after making 34 saves against the Tampa Bay Lightning on Saturday afternoon.
Pickard, 29, has appeared in two games with the Red Wings this season. He’s been excellent with the AHL’s Grand Rapids Griffins, posting a 21–16–5 record and a .918 save percentage in 43 appearances. With @Thomas Greiss on the shelf for the time being, this could be Pickard’s opportunity to audition for a potential spot on the Red Wings for next season.
Detroit defenseman @Marc Staal missed Saturday’s game due to injury and it remains to be seen whether he’ll return to the lineup in Pittsburgh. @Olli Juolevi filled in for Staal against Tampa Bay, logging a team-low 9:34 in the loss.
The Red Wings (26–31–8) have now lost nine of their last 11 games; Pittsburgh (39–17–10) sits just six points back of the Florida Panthers for the top spot in the Eastern Conference. Suffice it to say: Sunday’s game should be a doozy.

Detroit: It’s been a nice first week with the Red Wings for @Oskar Sundqvist, who has two goals in three games since being dealt by the St. Louis Blues on 2022 trade deadline day. The 28-year-old forward provided the entirety of Detroit’s offense in Saturday’s loss to Tampa Bay, squeaking a shot through @Brian Elliott to give the Red Wings a 1–0 lead in the third period.
Pittsburgh: The Penguins gave up a hefty package — including a second-round pick and a very strong defensive forward in @Zach Aston-Reese — to acquire @Rickard Rakell from the Anaheim Ducks prior to the deadline. In his first three games with his new team, Rakell has … zero points. The 28-year-old Swede had 16 goals and 28 points in 51 games with the Ducks before the trade.

Sunday’s game at PPG Paints Arena will be broadcast on Bally Sports Detroit Extra starting at 5:00 p.m. ET. It’ll be sent over the airwaves on WXYT-FM 97.1 “The Ticket” in the Detroit area, as well as on the Red Wings’ official website.