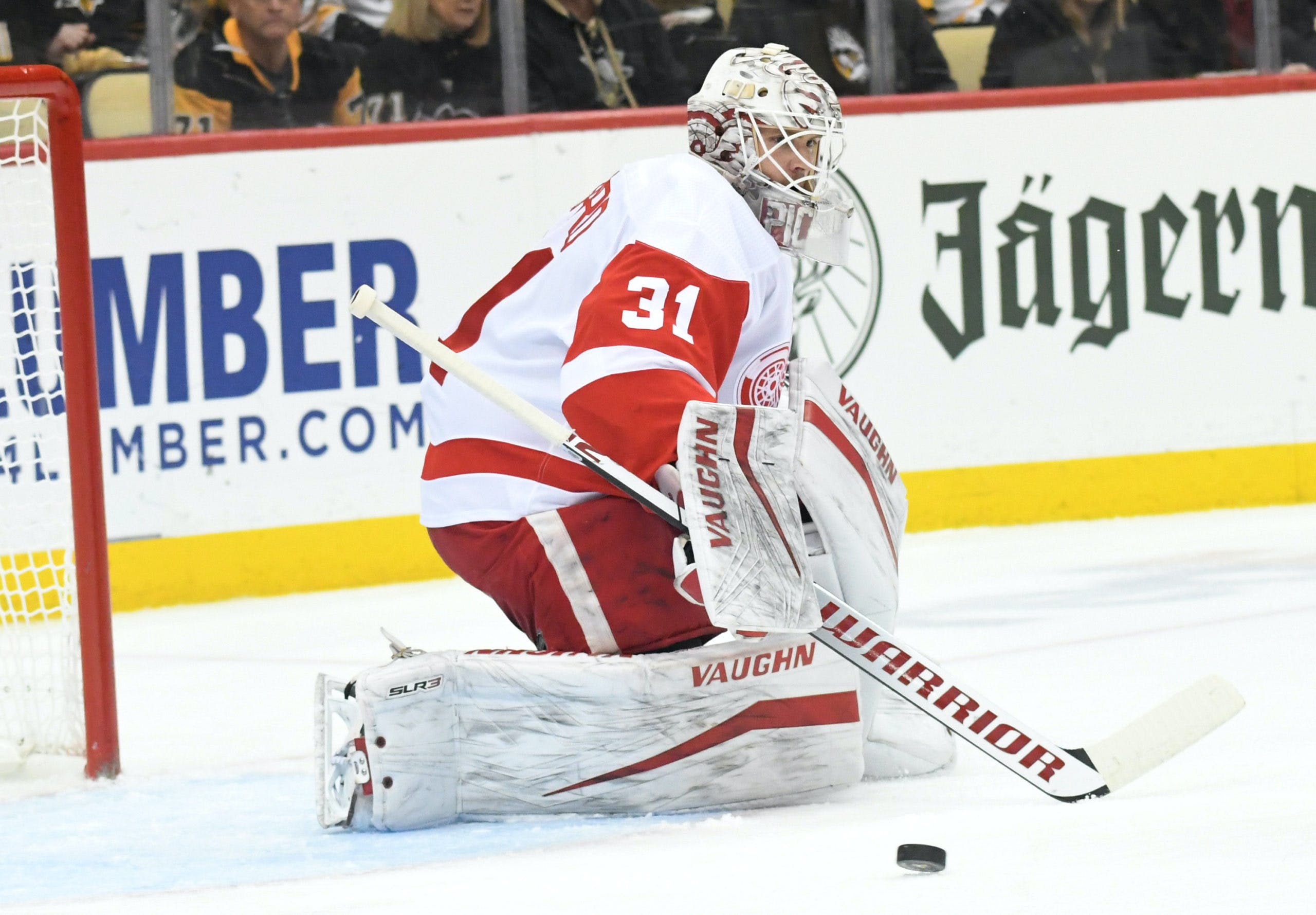 By Mike Gould
8 months ago
The Detroit Red Wings announced Friday evening that they have recalled goaltender @Calvin Pickard from the American Hockey League under emergency conditions.
The Pickard recall news came in the wake of Red Wings head coach Jeff Blashill announcing that @Thomas Greiss will miss the team’s two games on the weekend due to injury.
Pickard, 29, has a 21–16–5 record and a .918 save percentage in 43 AHL games with the Grand Rapids Griffins this season. He has also appeared in two NHL games with the Red Wings, going 1–1–0 with a .915 save percentage.
With Pickard being recalled under emergency conditions, the Red Wings will be required to return him to Grand Rapids (without waiving him) once Greiss has returned to full health.
The Red Wings will return to action on Saturday afternoon when they host the Tampa Bay Lightning at 12:30 p.m. ET. They’ll wrap up the back-to-back set on Sunday when they visit the Pittsburgh Penguins at 5:00 p.m. ET.