WATCH: Sundqvist beats Elliott from distance for second as a Wing 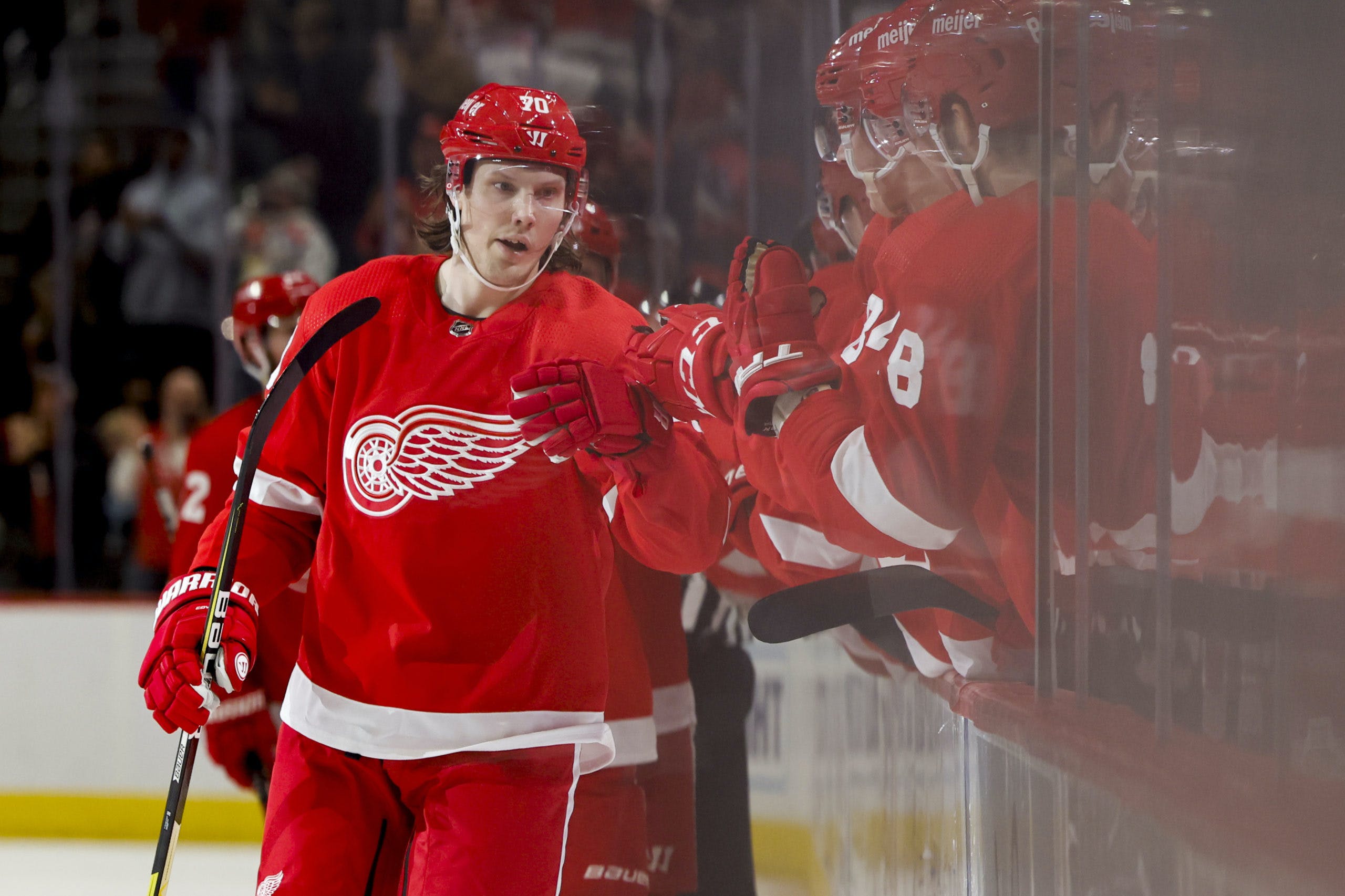 By Mike Gould
8 months ago
@Oskar Sundqvist now has two goals in three games since joining the Detroit Red Wings as part of the @Nick Leddy deal prior to the 2022 NHL trade deadline.
The 28-year-old forward gave the Red Wings a 1–0 lead over the Tampa Bay Lightning midway through the third period of Saturday’s game, opening up in the high slot and one-timing a @Pius Suter feed past Bolts goaltender @Brian Elliott for his sixth goal of the season.
@Adam Erne also assisted on the goal, which was Sundqvist’s first against a goaltender during his Red Wings tenure. He previously scored on an empty net in his first game with his new team.
Lightning captain @Steven Stamkos responded on the power play to tie the score at 1–1 with 4:38 remaining in regulation time. Saturday’s game headed to overtime with the shots favouring Tampa Bay by a 32–27 margin.
Detroit failed to record a single shot on goal in the extra period. Despite making some truly incredible stops on Saturday afternoon, Red Wings goaltender @Alex Nedeljkovic was unable to prevent @Brayden Point from scoring in overtime to give the Lightning a 2–1 win.
Sundqvist now has six goals and 18 points in 44 games with the Blues and Red Wings this season. The product of Boden, Sweden is signed through the end of the 2022–23 season at a $2.75 million cap hit.
The Red Wings will return to action on the road tomorrow when they take on the Philadelphia Flyers at 5:00 p.m. ET.