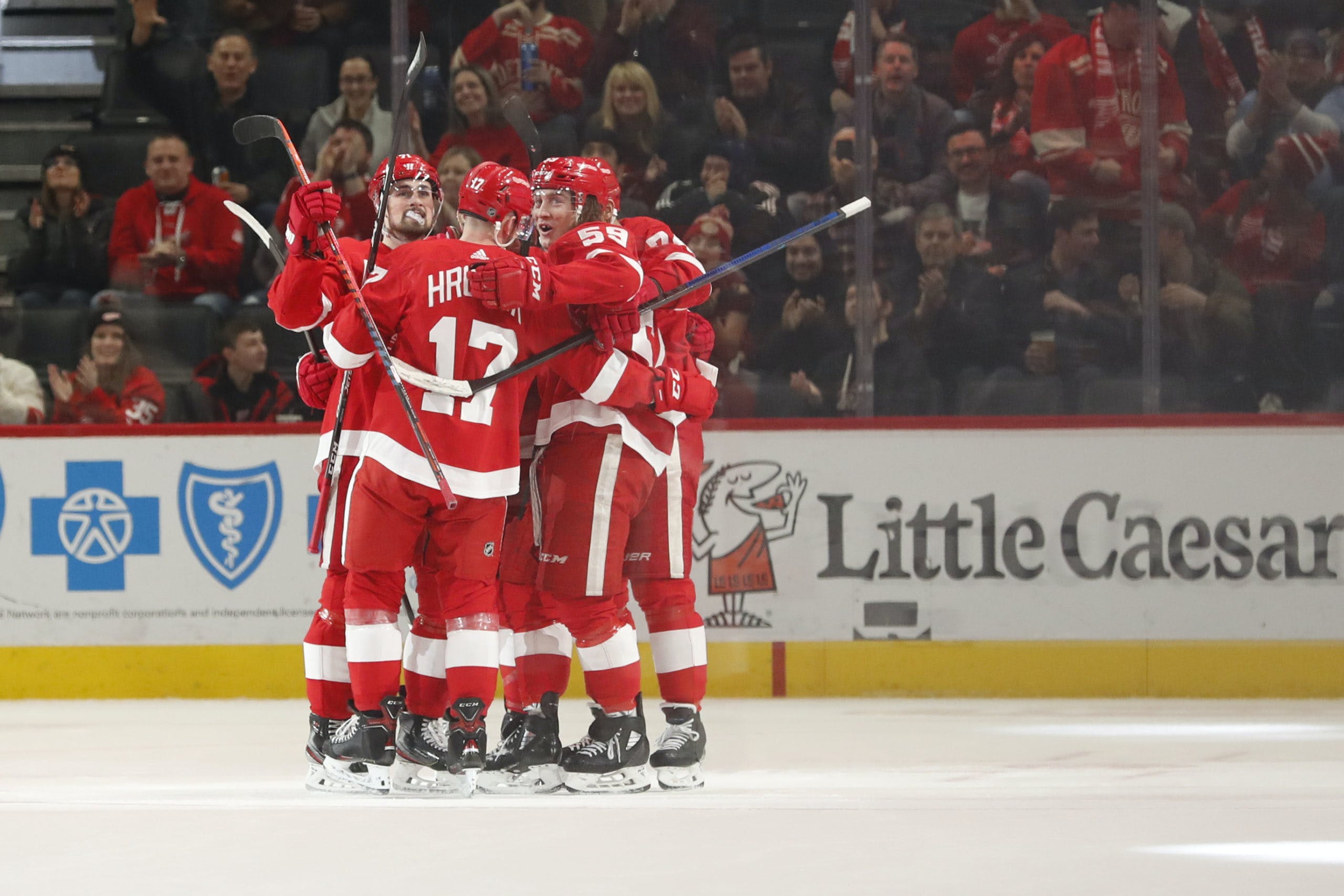 By Mike Gould
1 year ago
@Lucas Raymond is on the board!
The young winger registered his first NHL point with an assist on @Tyler Bertuzzi’s third goal in Thursday’s Red Wings game against the Tampa Bay Lightning.
With Detroit on a 4-on-3 power play, Raymond, @Robby Fabbri, and Bertuzzi connected on a tic-tac-toe passing play to extend the Wings’ lead over Tampa Bay to 4-1.
Here’s the video, as posted by Bally Sports Detroit on Twitter:
Bertuzzi, 26, finished off the play for a hat trick in his first game since he underwent season-ending back surgery early in 2021–22.
He could challenge his career-high of 21 goals in a season if he keeps up this pace, although he’ll also be hampered by not being able to play any games in Canada due to his unvaccinated status.
The Red Wings selected Raymond, 19, with the fourth-overall pick in the 2020 NHL Draft. He made Detroit’s 2021–22 roster after a strong training camp; he led the Red Wings with six points (two goals, four assists) in six pre-season games.
Fellow Red Wings rookie @Moritz Seider also recorded his first NHL point in Thursday’s game, picking up the secondary helper on Bertuzzi’s first goal.
Detroit currently leads Tampa Bay by a 4-3 score after two periods.