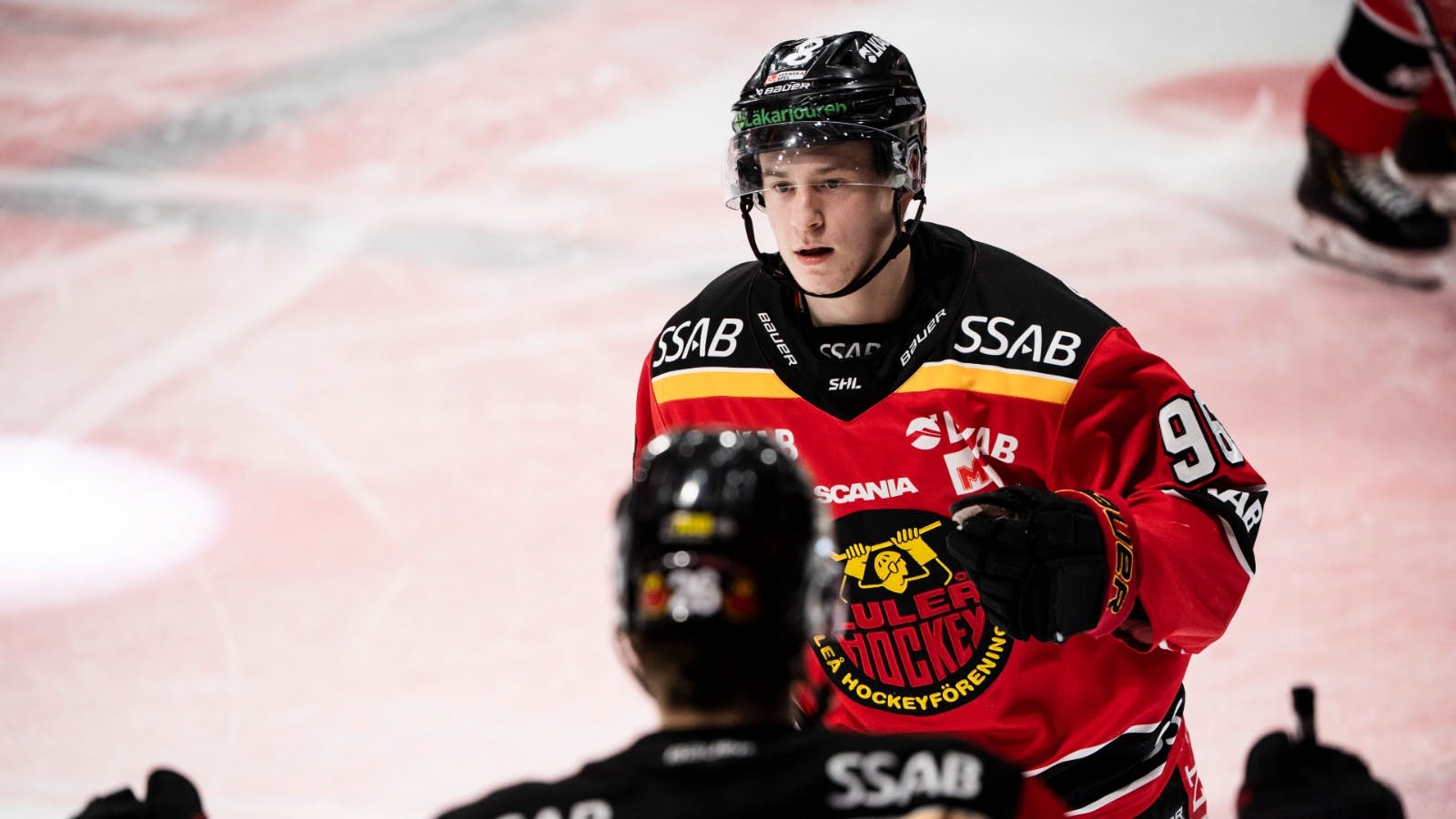 By Thomas Hall
8 months ago
The never-ending pipeline of Swedish prospects continues to flow into the Detroit Red Wings organization, and there’s plenty of hype surrounding this latest one.
As the front office aims to strengthen its farm system, a recent report suggests they’ve signed forward Pontus Andreasson out of Luleå HF to an entry-level contract, according to Sportbladet.
Andreasson, 23, has taken the world by storm during his inaugural campaign in the Swedish Hockey League. In 52 games this season, the 5-foot-10, 183-pound forward has posted 18 goals and 38 points with Luleå HF.
The left-hander, who went undrafted in the National Hockey League, spent his two previous seasons playing in the Allsvenskan, where he scored 18 goals and 52 points across 103 games with IF Björklöven.
If this report proves true, Andreasson’s contract would only last for the 2022-23 season as he’ll turn 24-years-old this August.
In the meantime, he’ll look to help his team advance beyond their quarter-final matchup versus Örebro HK, as Luleå HF currently holds a 2-1 series lead. For a glimpse of the youngster’s potential, here’s his second of two goals in Game Four of this series:
Since Luleå HF’s season is still ongoing, Andreasson’s deal with Detroit can’t become official until they’re either eliminated from the playoffs or crowned as league champions. No matter the final outcome, fans will likely have to continue waiting a bit longer for any announcement to be made.
The Red Wings are slated to conclude the second half of their back-to-back series Wednesday against the Winnipeg Jets, beginning at 7:30 pm ET.