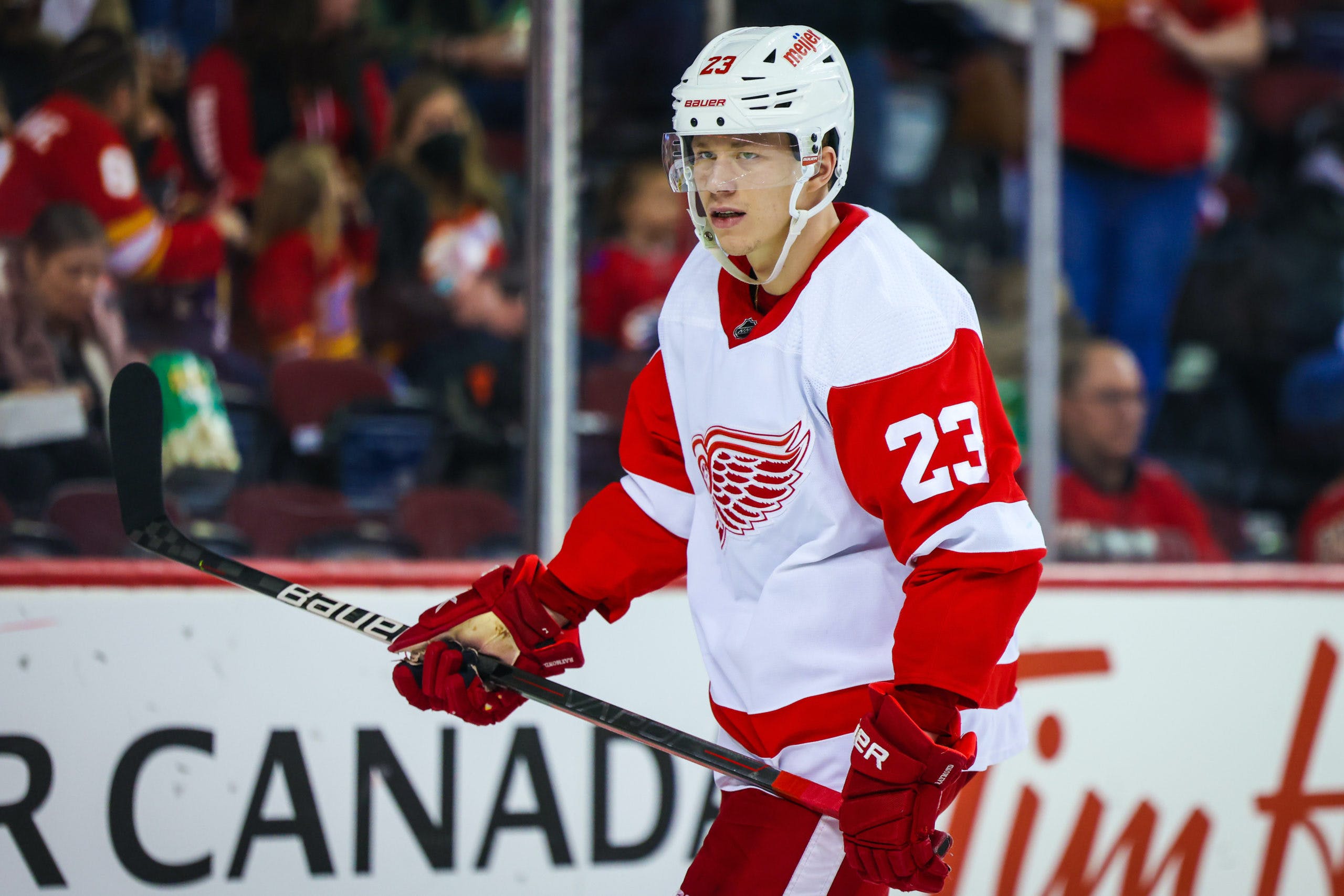 By Mike Gould
7 months ago
The Detroit Red Wings struck back with a vengeance in the second period on Tuesday after the Tampa Bay Lightning scored to take a 1–0 lead at Amalie Arena.
Bolts forward @Ross Colton opened the scoring for his team at the 3:28 mark of the middle frame, taking a feed from @Steven Stamkos and depositing the puck into a wide-open cage. However, it didn’t take long for the Red Wings to regroup and even the score after their costly defensive breakdown.
@Oskar Sundqvist was first on the board for the visitors, slamming the rebound of a long-range shot by Danny DeKeyser between the wickets of Lightning goaltender @Andrei Vasilevskiy. DeKeyser and @Moritz Seider picked up the assists on Sundqvist’s seventh goal of the season (and his third since arriving from the St. Louis Blues at the trade deadline).
Sundqvist’s goal came just 22 seconds after Colton tallied for the Lightning. According to Prashanth Iyer, the scoring play marked the Red Wings’ fastest response after conceding a goal this season.
Unsurprisingly, @Jakub Vrana was the next player to find the back of the net for Detroit. The Czech sniper took a feed from countryman @Filip Zadina at the top of the right circle before firing a low shot over Vasilevskiy’s right pad for his 11th goal of the season.
@Jake Walman recorded the secondary helper on Vrana’s tally, which came 2:14 after Sundqvist’s goal and just six seconds after the Lightning successfully killed a cross-checking minor penalty to @Erik Cernak.
@Lucas Raymond kept the good times rolling with his 23rd goal of the season at the 8:17 mark of the period, capping off a run of three Red Wings goals in a span of 3:57. The rookie winger beat Vasilevskiy only 1:43 seconds after Vrana’s marker.
After stripping the puck from Lightning defenseman @Mikhail Sergachev in the neutral zone, Raymond sped in down the right side and slid a shot right through Vasilevskiy’s five-hole to make it a 3–1 game.
@Nikita Kucherov brought the Bolts back within one goal on a Lightning power play only 90 seconds after Raymond’s insurance marker, but the Red Wings successfully managed to defend their 3–2 lead into the second intermission.
Detroit outshot Tampa Bay 16–13 in the second period after falling behind 15–5 in the first 20 minutes. The Red Wings entered Tuesday’s action having lost 11 of their last 15 games.
Tuesday’s game in Tampa was the Red Wings’ first since @Dylan Larkin was ruled out for the rest of the 2021–22 season with a core muscle injury. The Red Wings currently rank sixth in the Atlantic Division with a 29–37–10 record; the Bolts sit in third place with a 46–21–8 line and exactly 100 points.