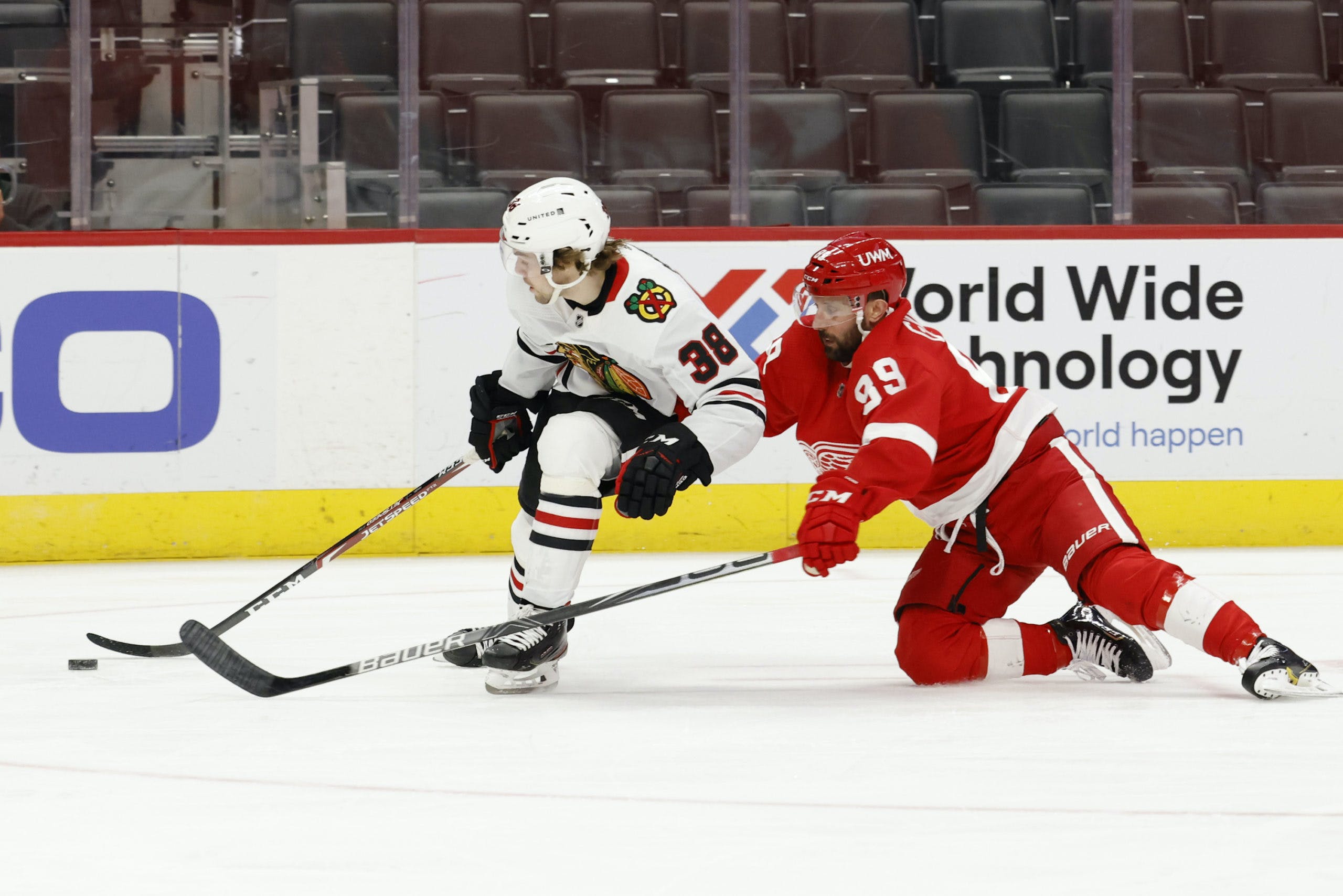 By Mike Gould
10 months ago
The Detroit Red Wings will look to snap a two-game losing skid on Wednesday when they play host to Chicago’s team at Little Caesars Arena.
Detroit and Chicago last faced off at United Center way back on Oct. 24, 2021. @Lucas Raymond recorded his first National Hockey League hat trick and @Alex Nedeljkovic made 32 saves in a 6–3 Red Wings victory.
Chicago and Detroit rank similarly in their respective division standings. At 18–18–6, the Red Wings currently sit in fifth place in the Atlantic Division (eight points outside a playoff spot); Chicago, at 15–20–7, sits nine points out of the Western Conference wild-card spot as the current No. 7 seed in the Central Division.
Wednesday’s game will be @Pius Suter’s second against his former team. As a 24-year-old rookie with Chicago in 2020–21, Suter finished fourth in team scoring with 14 goals and 27 points in 55 games. Suter was one of just four Red Wings forwards not to record a point in his team’s first meeting with Chicago this season.
The Red Wings most recently played on Jan. 22, falling to the Nashville Predators on the road by a 4–1 score. @Pavel Francouz and the Colorado Avalanche bested Chicago 2–0 on Jan. 24.

Detroit: The Red Wings could still use a little bit more in all three zones from @Filip Hronek, who has just one goal in his last 14 games. The 24-year-old defenceman has rebounded from an underwhelming 2020–21 campaign where he shot just 1.8 percent and registered only 15 points at even strength, but he could still stand to become more productive and contribute to a greater degree in his own zone.
Chicago: @Alex DeBrincat has fully emerged as the backbone of Chicago’s offensive attack. The 24-year-old winger is the only player on the team with more than 10 goals this season … and he already has 24 in 42 games. (No, he hasn’t spent all his time with @Patrick Kane this season). DeBrincat has just one season left after this one on his contract, which counts for $6.4 million against Chicago’s salary cap each year, and he apparently isn’t untouchable in trade talks. It remains to be seen where the future lies for the product of Farmington Hills, MI.

Wednesday’s game in Detroit will be broadcast on TNT starting at 8:30 p.m. ET. It’ll be sent over the airwaves on WXYT-FM 97.1 “The Ticket” in the Detroit area, as well as on the Red Wings’ official website.