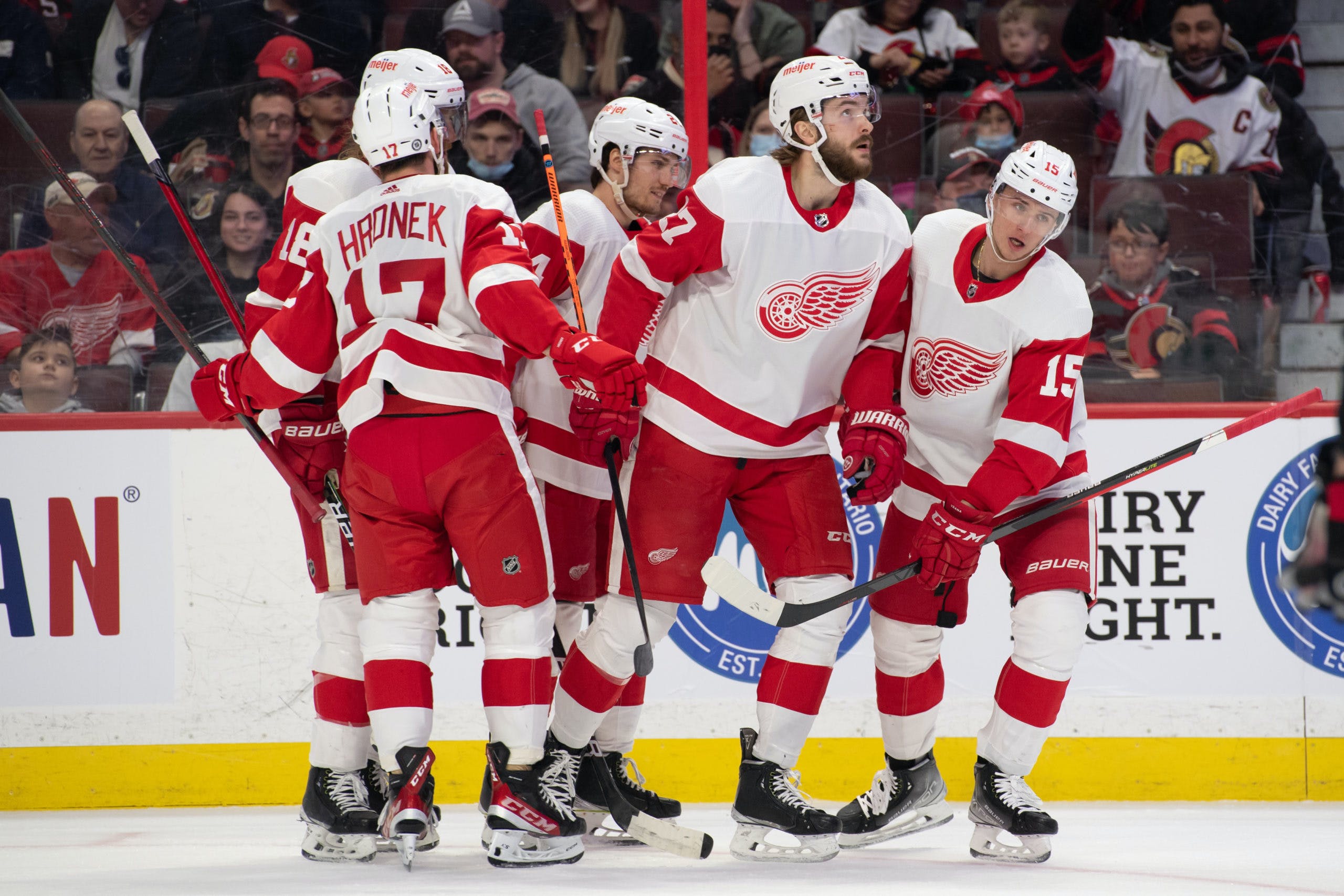 By Mike Gould
7 months ago
Detroit Red Wings forward @Michael Rasmussen pulled off a silky-smooth move before scoring his 10th goal of the 2021–22 season during the first period of Sunday’s game against the Ottawa Senators.
After the puck entered the Senators’ defensive end on a slow-developing Red Wings zone entry, Rasmussen swiped the puck from between the feet of Ottawa defenseman @Michael Del Zotto just inside the blue line.
As Rasmussen took possession, he made a windmill deke to get the puck past backchecking Senators forward Tim Stützle and skated in alongside @Pius Suter on a two-on-one rush. The 6’6″ centre elected to keep the puck and fired it over the blocker of Senators goaltender @Anton Forsberg.
@Jakub Vrana and @Filip Hronek picked up the assists on Rasmussen’s 10th goal of the season, which gave the Red Wings a short-lived 1–0 lead at the 7:21 mark of the first period.
Rasmussen, 22, now has 10 goals and 21 points in 67 games with the Red Wings this year. The 2017 ninth-overall draft selection has reached the 10-goal and 20-point plateaus this season for the first time in his NHL career.
The Red Wings fell by a 5–2 score against the Senators on Sunday, with @Dylan Larkin scoring Detroit’s other goal in the contest. @Josh Norris scored his first NHL hat trick in the victory for Ottawa, which swept its home-and-home set against the Wings.
Losers of six consecutive games, the Red Wings (26–34–9) will return to action against the Boston Bruins (43–20–5) on April 5 for Darren McCarty Bobblehead Night at Little Caesars Arena.