WATCH: Rasmussen beats Raanta five-hole for second goal in as many games 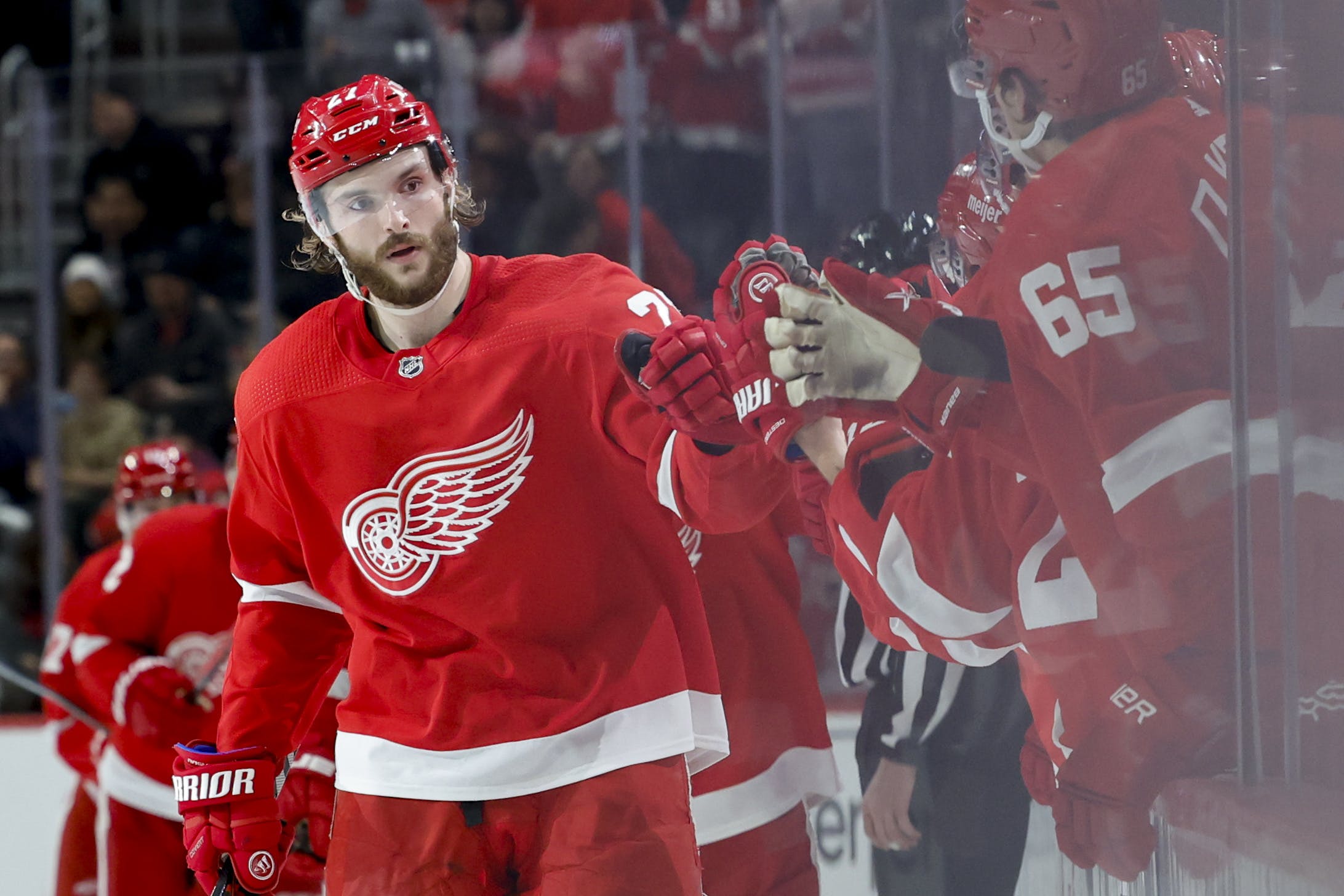 By Mike Gould
9 months ago
@Michael Rasmussen has goals in back-to-back games!
The big 22-year-old center put the Detroit Red Wings up 2–1 on the Carolina Hurricanes early in the third period on Tuesday, beating goaltender @Antti Raanta with a perfectly-placed five-hole shot to give the Red Wings their first lead of the hockey game.
Jordan Oesterle sprung Rasmussen on a partial break with a long outlet pass and he was rewarded with the primary assist on the goal. @Filip Zadina also picked up a helper on the play, which occurred at the 2:45 mark of the third period.
Rasmussen was one of five Red Wings players to score during the team’s valiant comeback effort in the third period of Saturday’s 10–7 loss to the Toronto Maple Leafs. The 6’6″, 210-lb. forward now has eight goals and 18 points in 52 games this season.
Detroit originally selected Rasmussen with the ninth overall pick in the 2017 NHL Entry Draft. He scored eight goals and 18 points in 62 games with the team as a rookie in 2018–19; he’s achieved the same offensive output in 10 fewer contests this year.
The Red Wings and Hurricanes are currently tied 3–3 heading into overtime in Tuesday’s game. @Sebastian Aho, @Jesper Fast, and @Jordan Staal have scored for Carolina; @Carter Rowney and @Dylan Larkin have the other goals for Detroit.