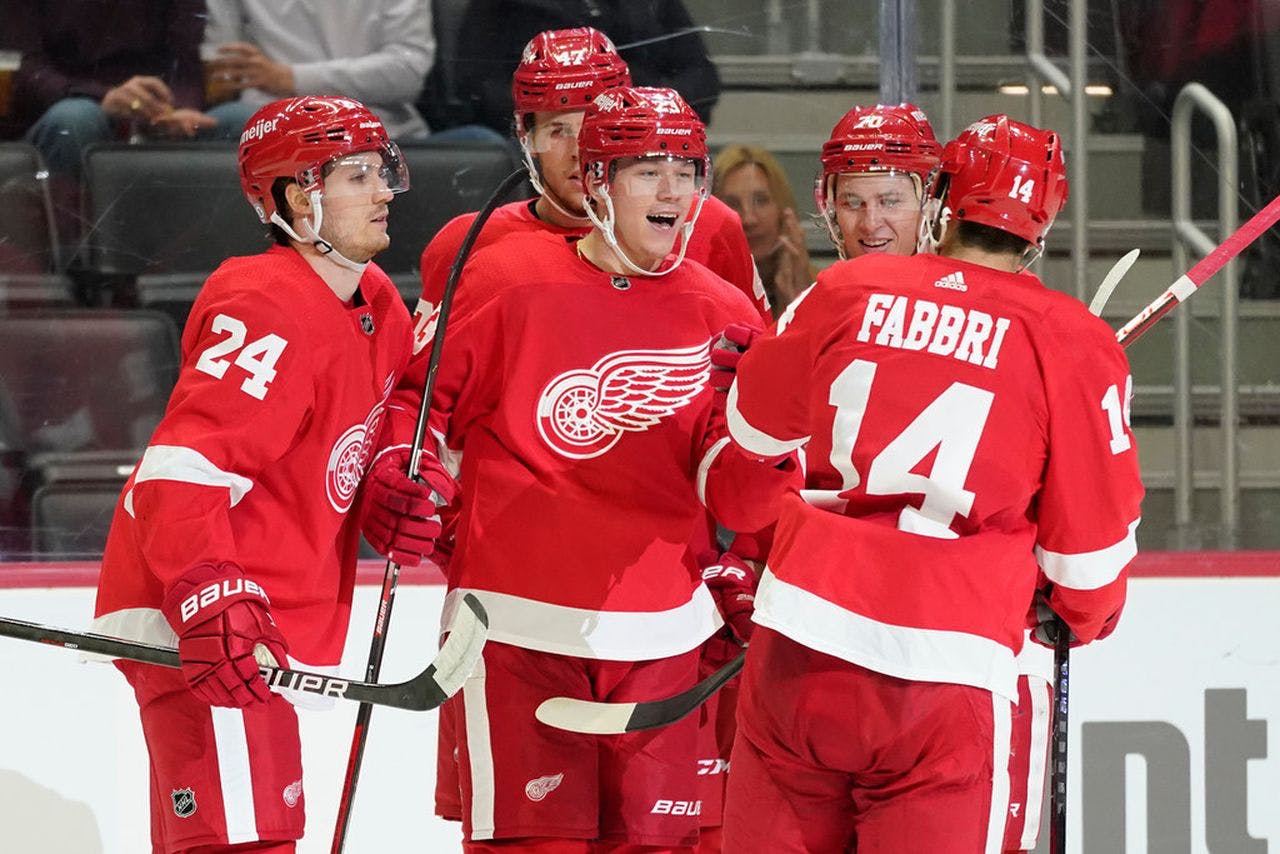 By Mike Gould
1 year ago
Detroit Red Wings 2020 first-round draft pick Lucas Raymond swiftly made an impact in his pre-season debut with the team, picking up a goal and an assist in a victory on home ice.
The Wings defeated the Buffalo Sabres 6-2 in Thursday’s exhibition play. Raymond suited up in front of the crowd at Little Caesars Arena for the first time since being drafted fourth overall by Detroit at the 2020 NHL Entry Draft.
He quickly gave the assembled Red Wings faithful reason to cheer. Raymond scored his first goal in a Red Wings sweater early in the second period, capitalizing on a turnover in Buffalo’s defensive zone and wiring a low shot past goaltender Ukko-Pekka Luukkonen to give Detroit a 2-1 lead.
Here’s the video of Raymond’s goal, via Brad Galli on YouTube:
Raymond’s goal came just 23 seconds after fellow winger Robby Fabbri knotted the pre-season contest at one goal apiece. The 5’10”, 183-pound Swede logged 15:56 of ice time in Thursday’s contest and, according to Natural Stat Trick, ranked third on the Red Wings (behind only Fabbri and Nick Leddy) with a 65.21 on-ice expected goals percentage at 5-on-5.
Troy Stecher, Luke Witkowski, and Jonathon Martin also scored for Detroit. Fabbri added a second goal, an empty-netter, late in the third period; Raymond picked up the primary assist on the tally.
Raymond, 19, spent the 2020–21 season playing for Frölunda HC of the Swedish Hockey League, scoring six goals and 18 points in 34 games. Among SHL players in their draft-plus-one seasons, Raymond tied Alexander Holtz atop the point-scoring leaderboard despite appearing in six fewer games.
With Jakub Vrána set to miss four months after undergoing shoulder surgery and Tyler Bertuzzi set to miss games throughout the season due to his vaccination status, Raymond looks to be on a reasonably unimpeded path toward a spot in Detroit’s top six to start the season.
If he keeps scoring goals, he might stay there.
Uncategorized
Recent articles from Mike Gould