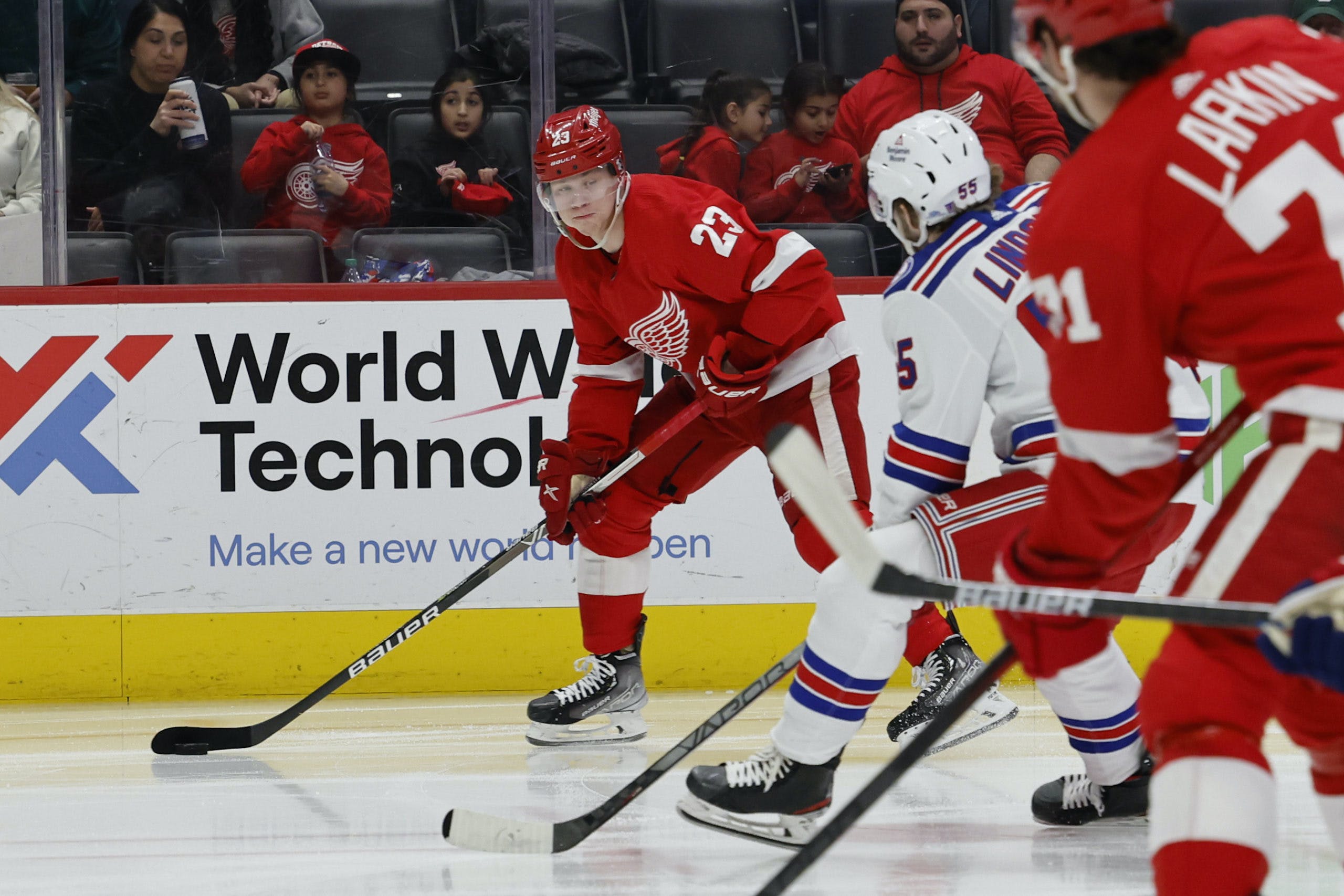 By Mike Gould
8 months ago
Detroit Red Wings forward @Lucas Raymond reached the 50-point plateau with an assist on @Tyler Bertuzzi’s go-ahead goal in Thursday’s game against the New York Rangers.
In doing so, Raymond became only the 13th player in Red Wings history — and the first since 1991–92 — to score at least 50 points with the team as a rookie.
Raymond picked up the secondary helper on Bertuzzi’s 26th goal of the season. With the Red Wings on a power play in the first minute of the second period, Raymond carried the puck down the right side in the offensive zone before sending it to @Moritz Seider at the point.
After making a couple of slick moves with the puck inside the blue line, Seider slid the puck over to Bertuzzi in the high slot. The 27-year-old winger wound up for a slap shot and wired the puck past @Alexandar Georgiev to give the Red Wings a 3–2 lead.
Raymond now has 20 goals and 50 points in 67 games with the Red Wings this season. The last rookie to score 50 points with the Red Wings was Nicklas Lidstrom, who scored 11 goals and 60 points in 80 games with the team back in 1991–92.
Only four U-21 players in Red Wings history have scored 50 points or more in a season: Raymond, Steve Yzerman, Mark Osborne, and Marcel Dionne.
With a big week, @Moritz Seider could join that list. The big defenseman has 44 points (five goals, 39 assists) in 67 games this season and won’t turn 21 until April 6; the Red Wings have three more games to play before that date.
Even if he doesn’t hit 50 points before turning 21, Seider has a strong chance to become the 14th Red Wings rookie (regardless of age) to reach that plateau. Here’s the updated list of Wings players to score 50 in their debut seasons:
The Red Wings originally selected Raymond with the fourth-overall pick in the 2020 NHL Draft. He currently ranks second in his draft class in career points, behind only Ottawa Senators forward Tim Stützle (who has 69 points in 118 games).
Raymond became the third member of the 2021–22 Red Wings to reach 50 points, joining @Dylan Larkin and Bertuzzi. He’ll aim to add to his totals when the Red Wings return to action against Stützle’s Senators on Friday.