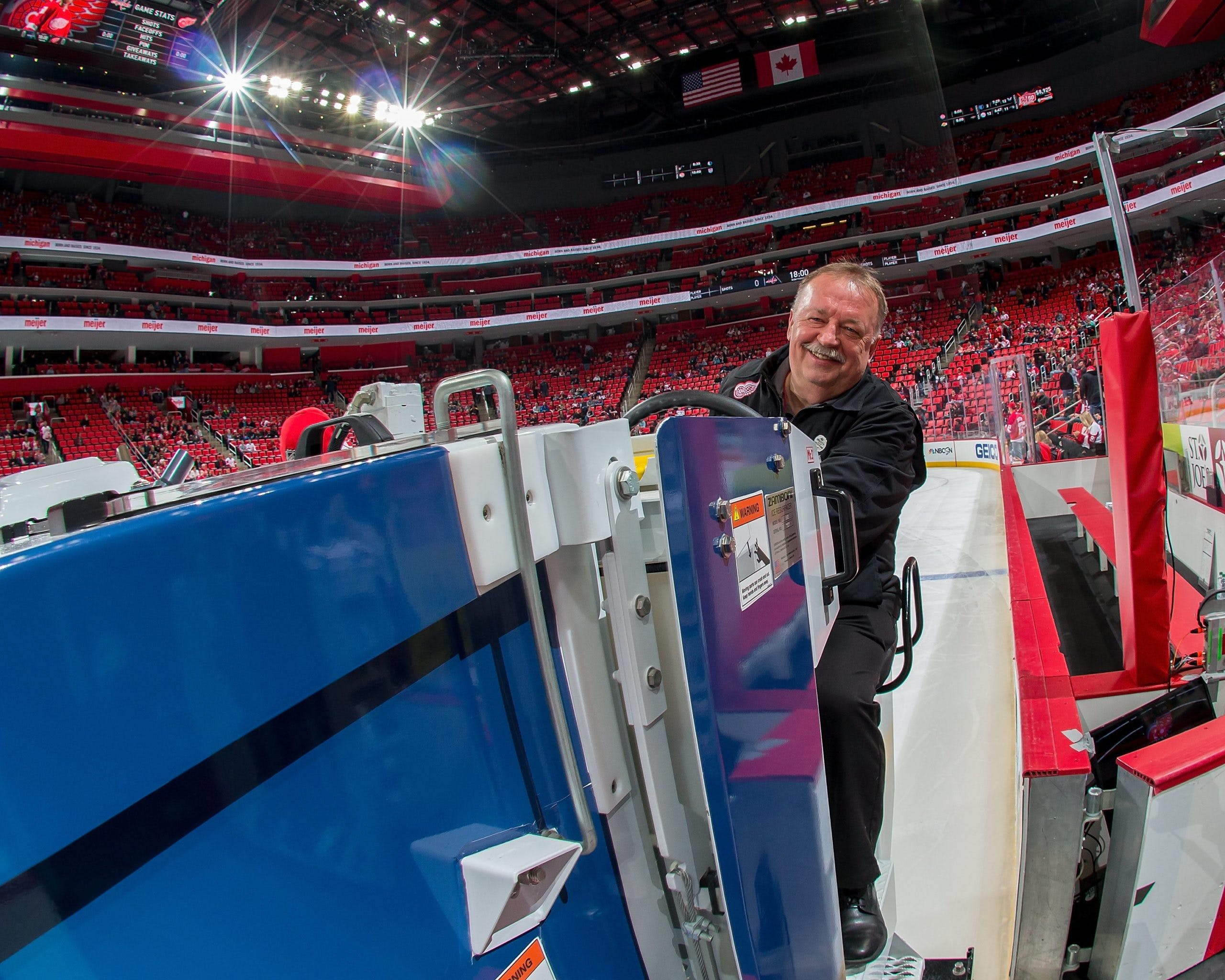 By Mike Gould
7 months ago
Former Little Caesars Arena building operations manager Al Sobotka is suing the Detroit Red Wings for compensatory damages after being fired in February, allegedly for peeing into a drain.
According to a report by Helene St. James of the Detroit Free Press, Sobotka’s lawyers have filed suit in Wayne County Circuit Court arguing that he was “discriminated against on the basis of his age (68) and disability.”
“Sobotka has been diagnosed with benign prostatic hypertrophy, which causes a frequent and uncontrollable need to urinate,” St. James wrote in her report. The 51-year Red Wings employee was allegedly urinating into a drain between two Zambonis in a staff-only area when he was spotted by another employee.
Sobotka was initially suspended after a meeting with human resources but was ultimately terminated from his position on Feb. 17. News of Sobotka’s dismissal began to circulate in late March.
“I loved my 51 years with the Detroit Red Wings, and would have been happy to stay 51 more,” Sobotka said in a statement on March 30.
Sobotka originally joined the Red Wings in 1971 and became widely recognized during his tenure with the club for his tradition of swinging thrown octopi over his head as he removed them from the ice surface.