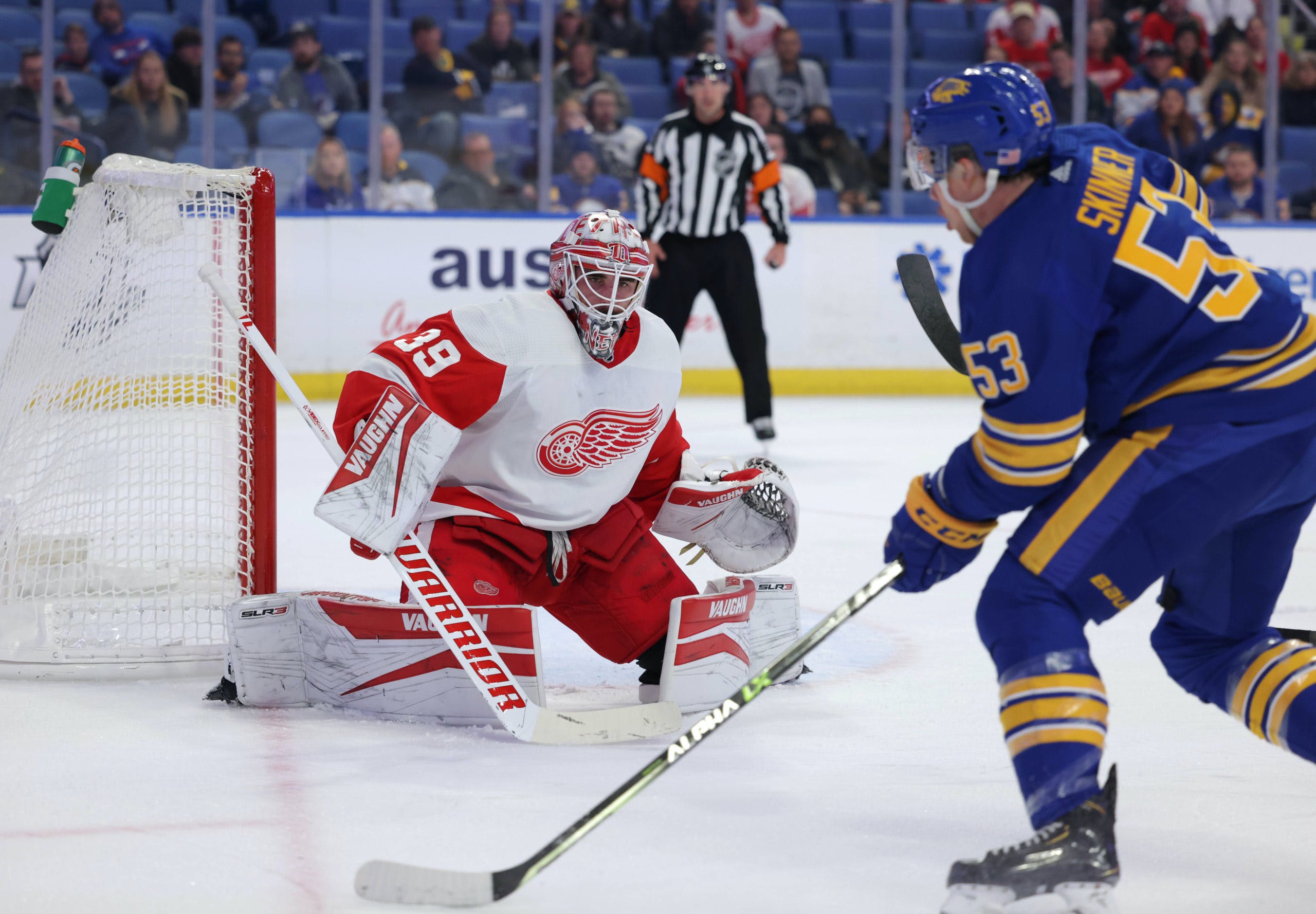 By Mike Gould
10 months ago
The Detroit Red Wings’ playoff hopes are fading by the day, but they’ll look to snap a four-game losing streak on Saturday when they host the Buffalo Sabres at Little Caesars Arena.
After being swept on their California road trip, the Red Wings returned home against the Winnipeg Jets on Jan. 13 and suffered a 3–0 shutout loss.
The very same day, the Buffalo Sabres visited the red-hot Nashville Predators and came away with a 4–1 victory. @Jeff Skinner netted two goals and @Mark Jankowski scored his first as a Sabre in the victory.
Skinner is in the midst of a resurgent season. The 29-year-old winger is still heavily overpaid — his contract carries a $9 million cap hit for five years after this one — but currently leads the Sabres with 13 goals in 34 games, putting him on pace for 32 over a full 82-game campaign.
In the two seasons after he scored 40 goals in his Sabres debut back in 2018–19, Skinner netted just 21 goals in 112 games. He and 33-year-old winger @Kyle Okposo (seven goals, 23 points in 34 games) form Buffalo’s “renaissance duo” this year.
There wasn’t much to write home about relating to the Red Wings’ performance against Winnipeg on Thursday. Team captain @Dylan Larkin played for Detroit after being a game-time decision earlier in the day and ended up firing a game-high eight shots on goal. @Alex Nedeljkovic stopped 29 of 31 shots in the loss.

Detroit: Exactly one Red Wings skater has played at least 30 games this season without scoring a goal: Danny DeKeyser. The 31-year-old defenseman was once one of Detroit’s best two-way players, but injuries have caught up to him over the years and it now looks like he might be in tough to get another contract when his six-year, $30 million pact expires in July. DeKeyser has zero goals and three assists in 30 appearances this season.
Buffalo: It’s already looking like @Alex Tuch will be a natural fit with the Sabres. The 25-year-old winger has four points in his first four games wearing royal blue and should be a lock to remain on the team’s top line going forward. He became a Sabre back in November after being included as part of the trade package that made @Jack Eichel a Vegas Golden Knight.

Saturday’s game in Detroit will be broadcast on Bally Sports Detroit starting at 7:00 p.m. ET. It’ll be sent over the airwaves on WXYT-FM 97.1 “The Ticket” in the Detroit area, as well as on the Red Wings’ official website.