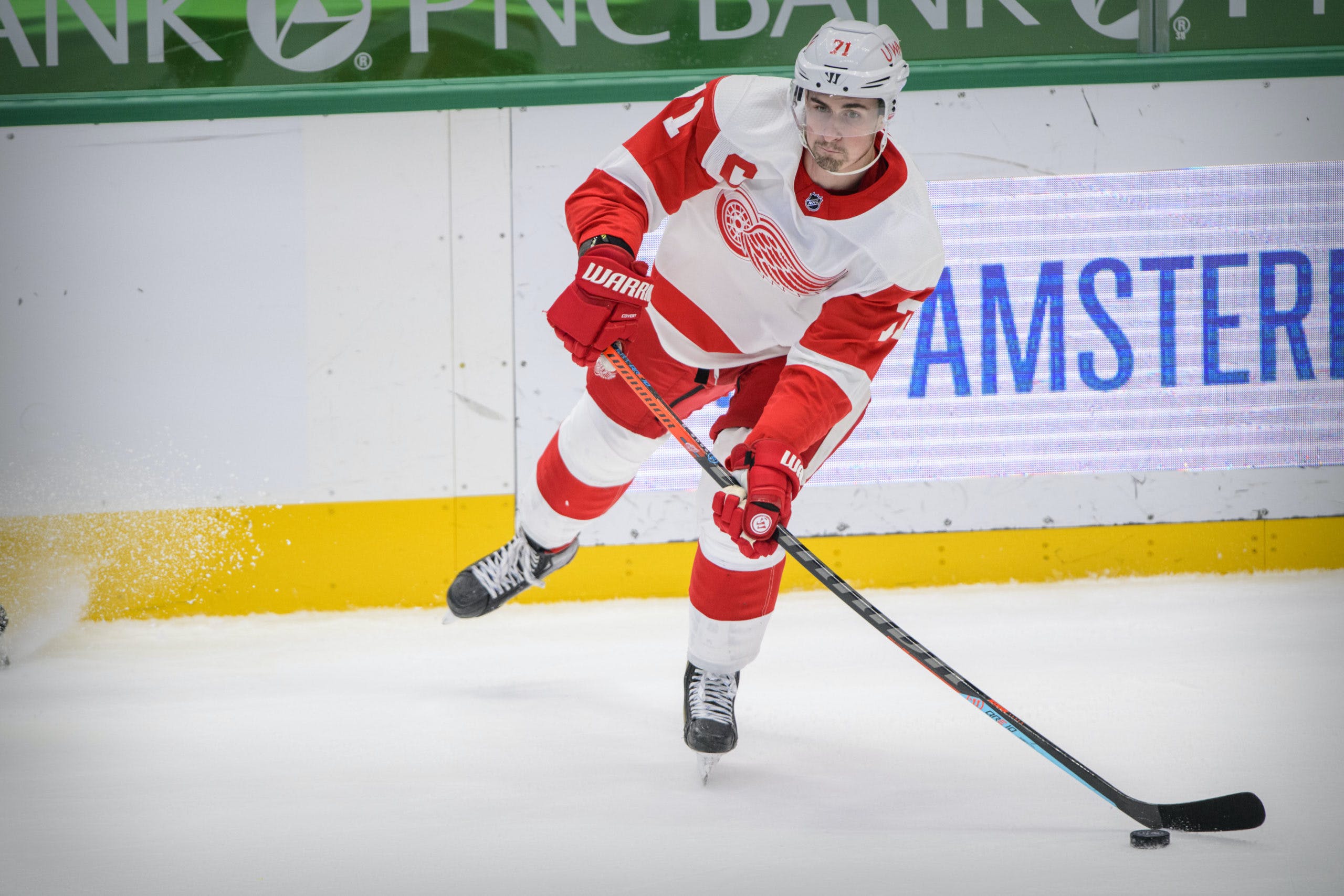 By Mike Gould
1 year ago
@Jason Robertson scored twice and added an assist on Tuesday as the Dallas Stars defeated the Detroit Red Wings by a 5–2 score at American Airlines Center.
@Ryan Suter, @Jamie Benn, and @Roope Hintz also scored for Dallas, which improved to 6–6–2 with the victory. @Filip Zadina and @Dylan Larkin added goals for Detroit, which fell to 8–8–2.
Zadina’s tally was only his first goal and second point in his last nine games. He broke into the Stars’ zone on a 2-on-1 rush with @Sam Gagner, beating goaltender @Jake Oettinger with a tricky backhand shot from the right faceoff circle to get the Red Wings on the board.
Larkin’s goal came late in the second period to cut Dallas’ lead to 3–2. @Moritz Seider and @Lucas Raymond added to their impressive rookie point totals with helpers on the play.
The Detroit captain was forced to leave the game after two periods as a result of entering the National Hockey League’s COVID-19 protocol.
Detroit and Dallas each managed exactly 30 shots in Tuesday’s contest. Oettinger made 28 saves for a win in his season debut; Red Wings goaltender @Alex Nedeljkovic faced 29 shots and allowed four goals, with Robertson recording his second marker into Detroit’s vacated cage.
Now sitting at a .500 points percentage on the season, Detroit will aim to snap its two-game slide with a date against the Vegas Golden Knights on Thursday. You’ll be able to catch that game on Bally Sports Detroit at 10:00 p.m. ET.