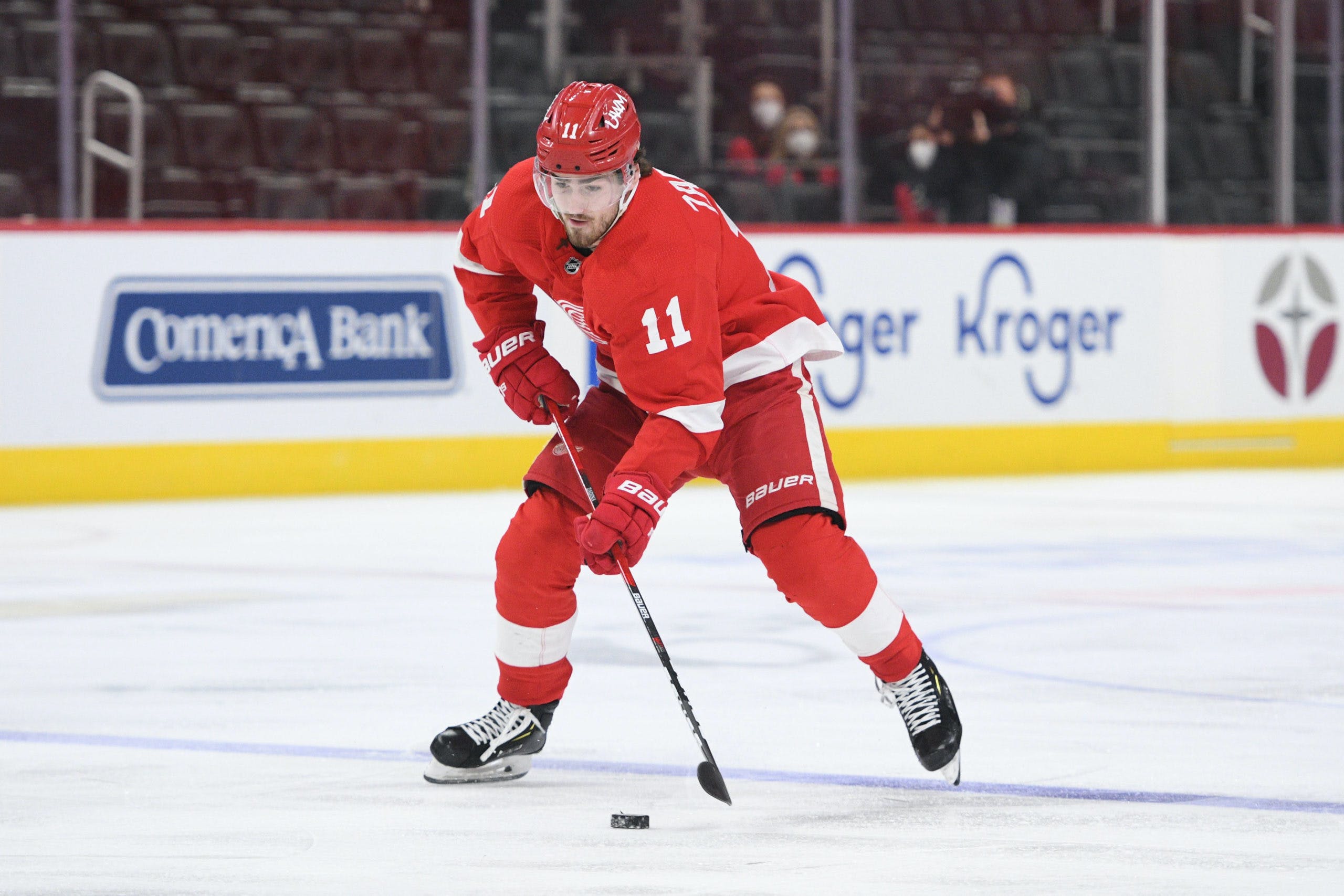 By Mike Gould
1 year ago
Detroit Red Wings forward @Filip Zadina scored his first goal of the 2021–22 season during Saturday’s game against the Vancouver Canucks — and he did it in style.
Zadina, 21, scored a power-play goal early in the second period to give the Red Wings a 2-1 lead over the visiting Canucks. The goal came just 1:46 after Vancouver forward @Conor Garland scored his first of the year to tie the game.
With the Red Wings in control of the puck in the offensive zone, Zadina set himself up at the top of the right face-off circle. He opened up to receive a pass from rookie defenseman @Moritz Seider and hammered the puck over the left shoulder of Canucks goaltender @Jaroslav Halak.
Seider and @Filip Hronek picked up the helpers on Zadina’s goal. Here’s the video, as posted by Sportsnet on Twitter:
The Red Wings selected Zadina with the sixth-overall choice in the 2018 NHL Draft, one spot before the Canucks picked all-star defenseman @Quinn Hughes. The Parubdice, CZE product notched six goals and 19 points in 49 games with the Red Wings in 2020–21.
@Robby Fabbri opened the scoring for the Red Wings in the first period of Saturday’s game. Detroit currently leads Vancouver by a 2-1 score after two periods.