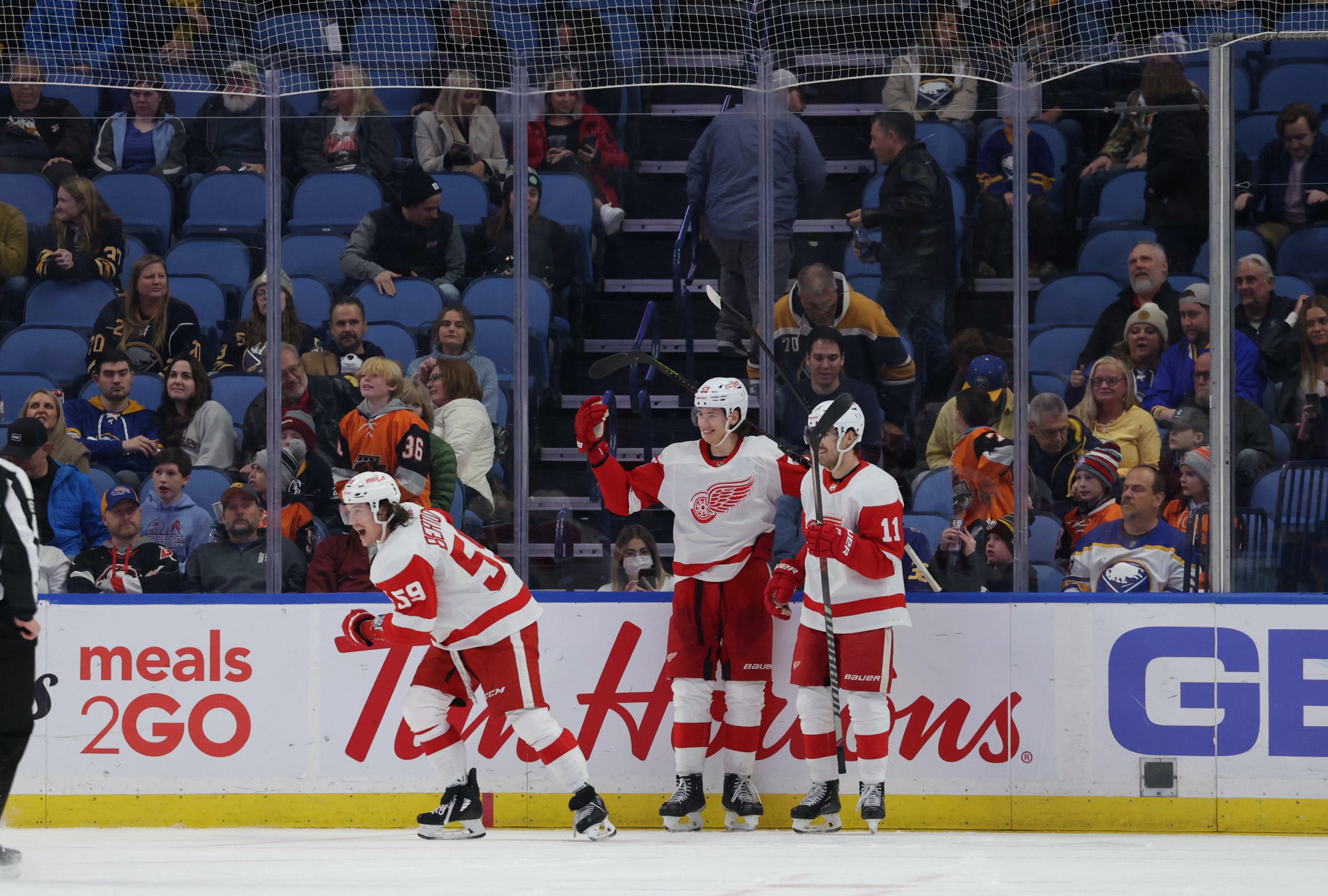 By Mike Gould
1 year ago
@Moritz Seider’s first National Hockey League goal couldn’t have come at a better time.
The rookie defenseman beat goaltender @Dustin Tokarski at the 2:45 mark of overtime in Saturday’s Detroit Red Wings game against the Buffalo Sabres, sealing his team’s first victory in five games. Detroit took the game by a 4-3 score.
Seider, 20, entered Saturday’s game with a team-leading nine assists in his first 11 NHL contests. He now ranks third on the Red Wings in scoring with 10 points (including his first goal), sitting behind only @Tyler Bertuzzi and @Lucas Raymond (both of whom have 13 points) on the team leaderboard.
After jumping off the bench to replace a changing @Filip Hronek, Seider received a pass from Bertuzzi at the Wings’ attacking blue line and muscled his way past @Rasmus Asplund before firing a quick wrister past Tokarski. Here’s the video of the goal, as posted to Sportsnet’s official Twitter account:
Bertuzzi added two goals of his own in the game, with @Pius Suter opening the scoring just 16 seconds into the first period for his second goal as a member of the Red Wings. @Alex Nedeljkovic made 29 saves on 32 shots for his second win in Detroit colors.
@Tage Thompson, @Rasmus Dahlin, and @Arttu Ruotsalainen scored for Buffalo, which fell to 5-4-2 with the loss. Detroit improved to 5-5-2 with the victory and will aim to get back above .500 on Nov. 7 when they face the Vegas Golden Knights at Little Caesars Arena. You’ll be able to watch that game on Bally Sports Detroit at 6:00 p.m. ET.
Uncategorized
Recent articles from Mike Gould