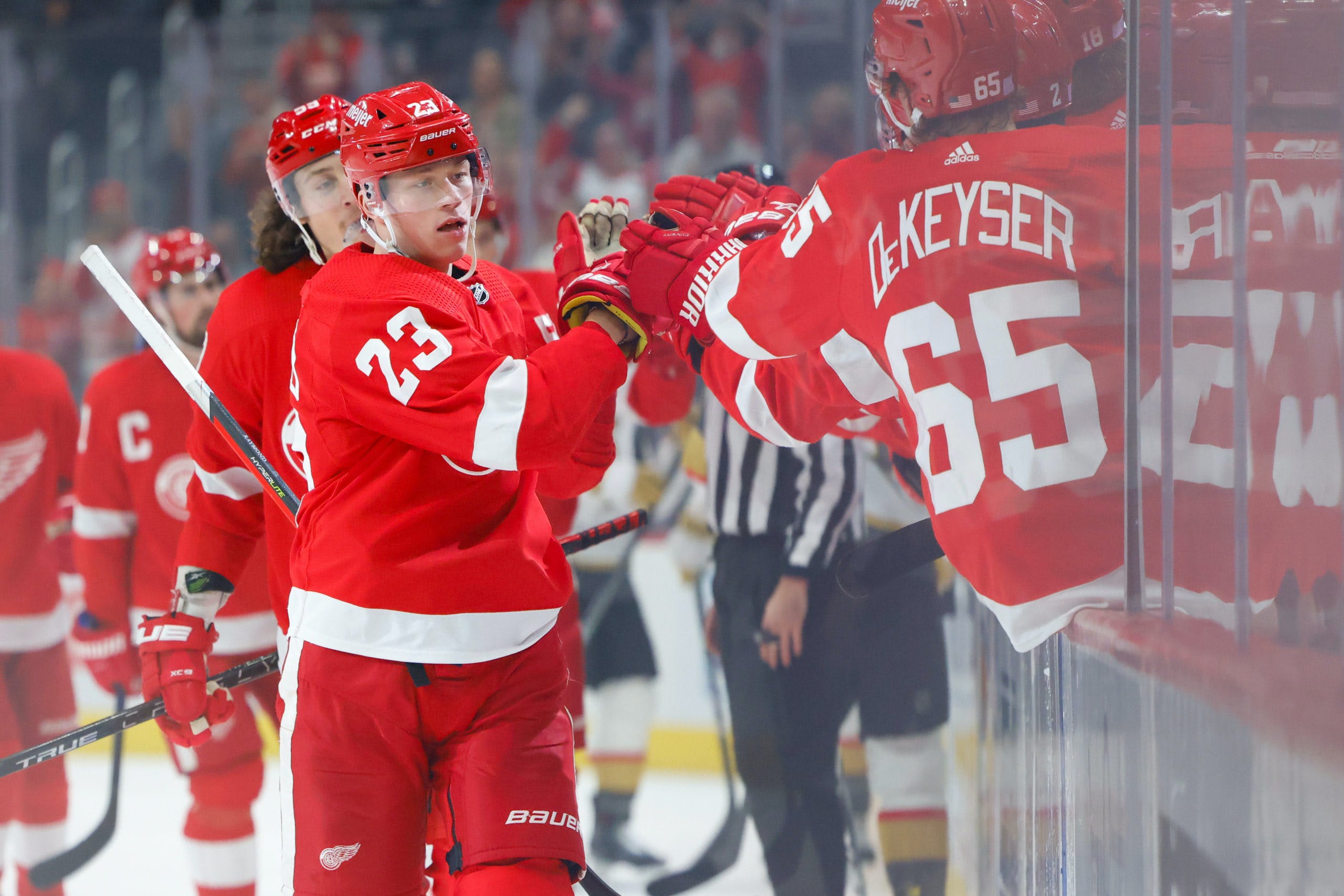 By Mike Gould
1 year ago
Detroit Red Wings rookie @Lucas Raymond added to his impressive early-season scoring totals early in Sunday’s game against the Vegas Golden Knights, converting on a power play in the first period for his sixth goal in just 13 NHL games.
The Red Wings — including captain @Dylan Larkin, playing in his first game back after missing three for undisclosed personal reasons — easily managed to get set up in the offensive zone with the extra man.
@Tyler Bertuzzi found a wide-open Raymond with a pass at the bottom of the left faceoff circle and the 19-year-old rookie, showing poise beyond his years, made no mistake in firing a one-timer past Vegas goaltender @Laurent Brossoit.
@Filip Zadina picked up the secondary assist on the play, which tied the score at 1-1. Here’s the video of the goal, as posted to Twitter by Bally Sports Detroit:
The Red Wings currently lead Vegas by a 4-2 score early in the third period. @Robby Fabbri, @Pius Suter, and @Vladislav Namestnikov have also found the back of the net for Detroit.
Raymond currently leads all NHL rookies with 14 points in 13 games. Red Wings teammate @Moritz Seider ranks second with 10 points.
Uncategorized
Recent articles from Mike Gould